3 Things Ancient Civilizations Can Teach Us About Life 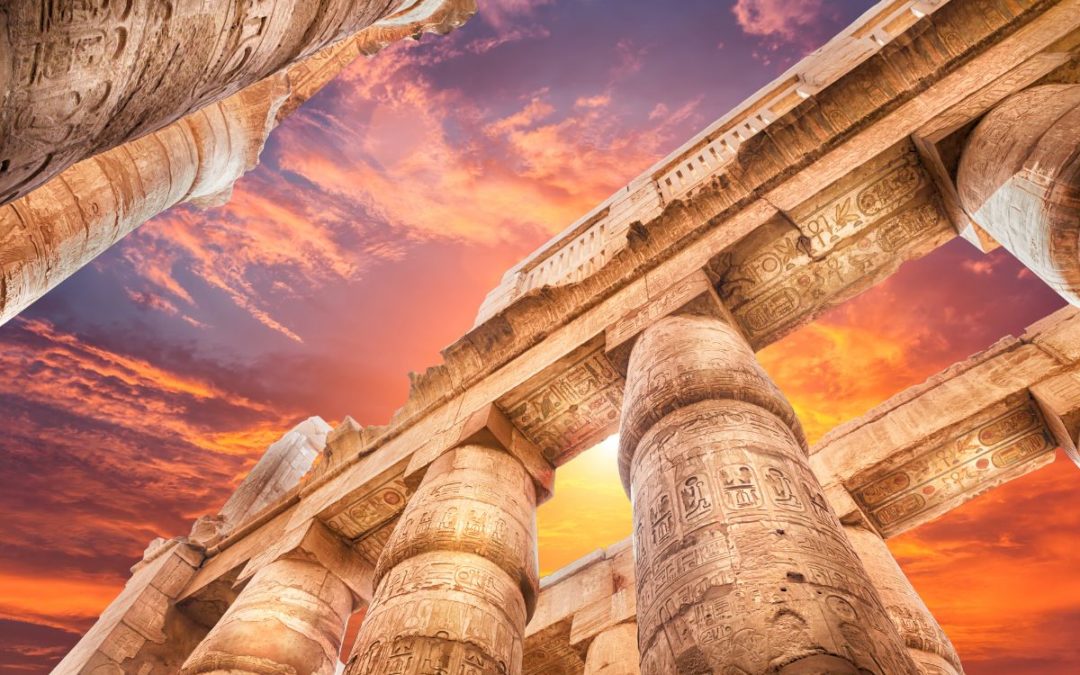 Since ancient times humanity has always sought to find some meaning in life. The following are 3 things ancient civilizations can teach us about life and living well.

The Ancient Greeks on Phronesis

Phronesis is an Ancient Greek word for a type of wisdom or intelligence and is a form of practical wisdom. The concept of phronesis is more specifically a type of wisdom relevant to practical things, it requires the ability to discern how or why virtuously and to encourage virtue and excellence in others. It essentially teaches those to be aware of one’s own actions and impacts, while being considerate of those around them. Phronesis can be developed directly through daily mindfulness practice and indirectly with reflection at the end of the day. Phronesis was a common topic of discussion in ancient Greek philosophy.

The concept of phronesis was discussed by the philosopher Plato in some of his dialogues, one of which shows teacher and mentor Socrates proposing that having phronesis is the same as being a virtuous person, therefore all virtuousness is a form of phronesis. In Plato’s Meno, Socrates explains how phronesis is a quality synonymous with moral understanding and is the most important attribute to learn. According to Socrates phronesis cannot be taught, instead it is learnt through the development of the understanding of one’s own self. Plato and Socrates believed that having phronesis allowed a person to have a moral or ethical strength.

Aristotle was a student and friend of Plato, in the 6th book of his Nicomachean Ethics, he famously discussed phronesis and distinguished it from other intellectual virtues. According to Aristotle sophia (wisdom) is a combination of nous (the ability to discern reality) and episteme, a type of knowledge which is logically built up, teachable, and sometimes equated with science. According to Aristotle the process of phronesis involves not only the ability to decide how to achieve a certain end, but also the ability to reflect upon one’s actions and determine if they are good. Aristotle believed that sophia involved reasoning concerning universal truths, while phronesis includes a capability of rational thinking. The pursuit of wisdom and happiness requires both, and the process of phronesis facilitates sophia.

As society has become increasingly more complex, globalized, and bureaucratic, the opportunity to exercise practical wisdom has been replaced with a reliance on rules. Adherence to unbending rules eliminates the importance of context in an individual’s decision-making process and fails to consider all the circumstances of a particular case. Some scholars have argued that the phronesis should be included in educational curriculums.

The Ancient Egyptians on Gratitude 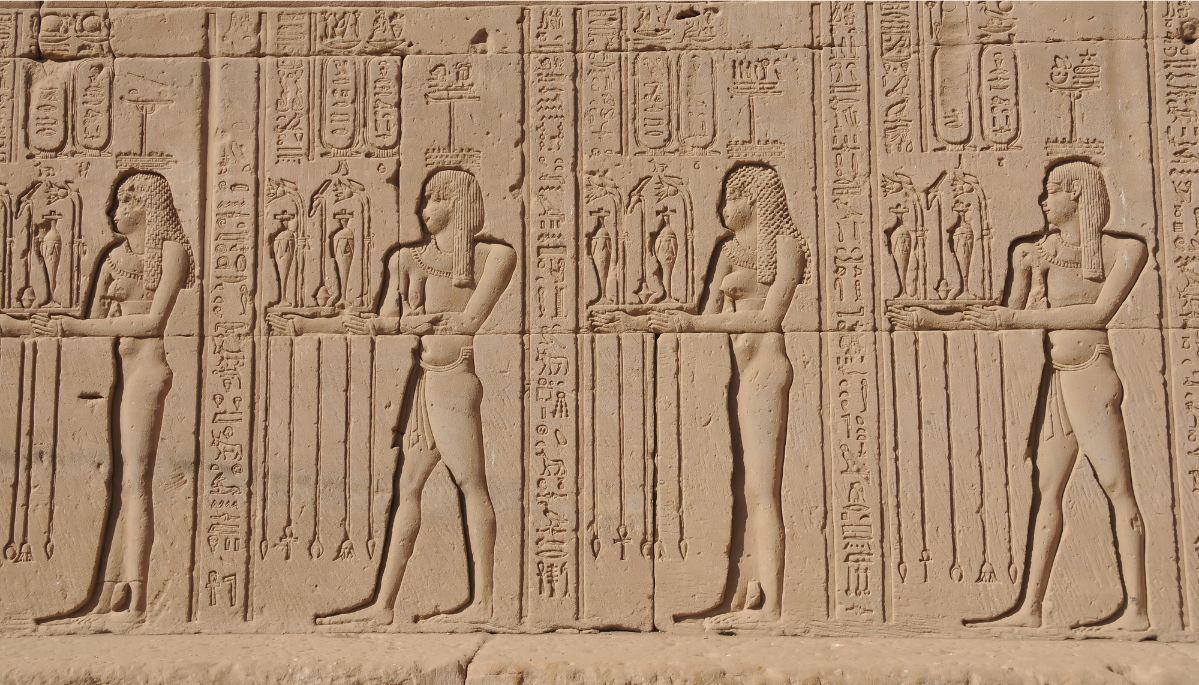 Ancient Egypt was the preeminent civilization for almost 30 centuries in the Mediterranean world from its unification around 3100 B.C until its conquest by Alexander the Great in 332 B.C. Ancient Egypt is famous for its rich architecture, political system, and religious practices.

The concept of gratitude for life and the all its blessing was very important in Egyptian culture. The highly revered Hathor the Egyptian goddess of joy, humanity, and motherhood required a ceremony when a person was inducted. During this ceremony the priest or priestess would rise the left hand of the person seeking to join the cult and ask them to name five things in life they would miss if death took them in that moment. The five named things were called The Five Gifts of Hathor and the person was asked to remain grateful for these gifts in life and the gods’ blessings. If a person retained their gratitude, they were considered free of sin. Ingratitude however was considered as the “gateway sin” which would lead to a spiral into all the other sins such as bitterness, selfishness, pride, and negative thought, ultimately leaving the person corrupted. The Five Gifts of Hathor could always be remembered simply by looking at the fingers on the left hand. It was a constant reminder of all that was good and important in life.

A famous literary piece on gratitude is known as Discourse Between a Man and his Soul or sometimes translated as The Man Who Was Weary of Life. The work is dated to the Middle Kingdom of Egypt (2040-1782 BCE). It is a dialogue between a depressed man who can no longer find joy in his life and his soul which encourages him to try and take pleasure in living. The man argues that he should just give up and die as his wants his misery to end. The soul instead reminds him of all the good things the world has to offer and asks him to stop thinking about his death because no good can come of it. In modern day, expressing gratitude is considered by many to be a wonderful method of enhancing happiness. Many psychologists and counsellors also recognize the value of gratitude, as it allows people to focus on what they have, instead of what they lack.

The Ancient Maya on Healing the Soul and Body 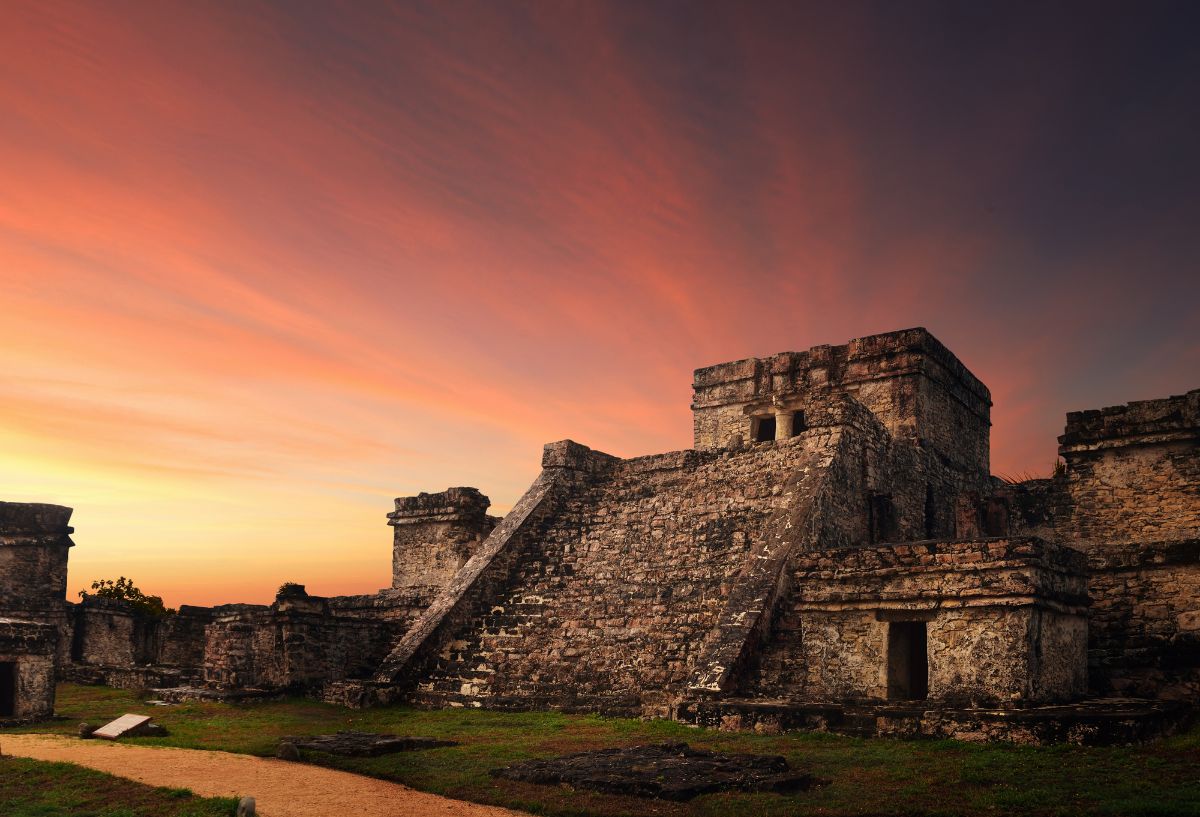 The Mayan civilization originated around 2600 BC in the Yucatan Peninsula and rose to prominence around 250 AD in present day southern Mexico, Guatemala, northern Belize and western Honduras. The Mayas excelled at pottery, hieroglyphic writing, calendar making, mathematics, agriculture and health.

The holistic healing tradition of the Maya was considered as medico-religious, meaning the healing process tended to ailments of the spirit as well as the body. Maya healers sought primarily to balance to balance the flow of ch’ulel or life-force in the body. This is similar to traditional Chinese medicine which also involves directing the body’s life-force or ‘qi’ to promote healing. Ch’ulel represented that everything was connected and unified. The Maya equated sickness with captivity of one’s soul by supernatural beings angered by some perceived misbehaviour. Good health is the result of living according to the laws of nature and society and illness is the result of the transgression of those laws. Medicine was practised by shamans who acted as medium between the physical and spiritual world.

The Maya had knowledge of the medical effects of certain plants on the human body and herbal remedies were often used in collaboration with other techniques to cure disease. Herbal remedies could be ingested, smoked, inhaled, absorbed through the skin, and used in the form of enemas to force rapid absorption of a substance into the blood stream. Shamans would use methods such as plant colour to identify the antidote to an ailment. For instance, yellow plants and fruits were used in curing jaundice and red plants were used for problems characterized by blood. The Mayans also knew how to suture wounds with human hair, reduce fractures, and were even able to make prostheses from jade and turquoise and fill teeth with iron pyrite making them skilled dental surgeons.

Because it was perceived by the Maya that sickness was a punishment for certain misdeeds or transgressions, it was important that the shaman inquire about the past behaviour of the patient. First the shaman would inquire about ascriptive attributes, then examine specific events of the patient’s life, and finally consider circumstantial or acquired attributes. This process was quite alike to a modern-day therapy session and extensive research has shown that emotional health has a significant impact on physical health.