6 Ancient Pieces of Wisdom About Health 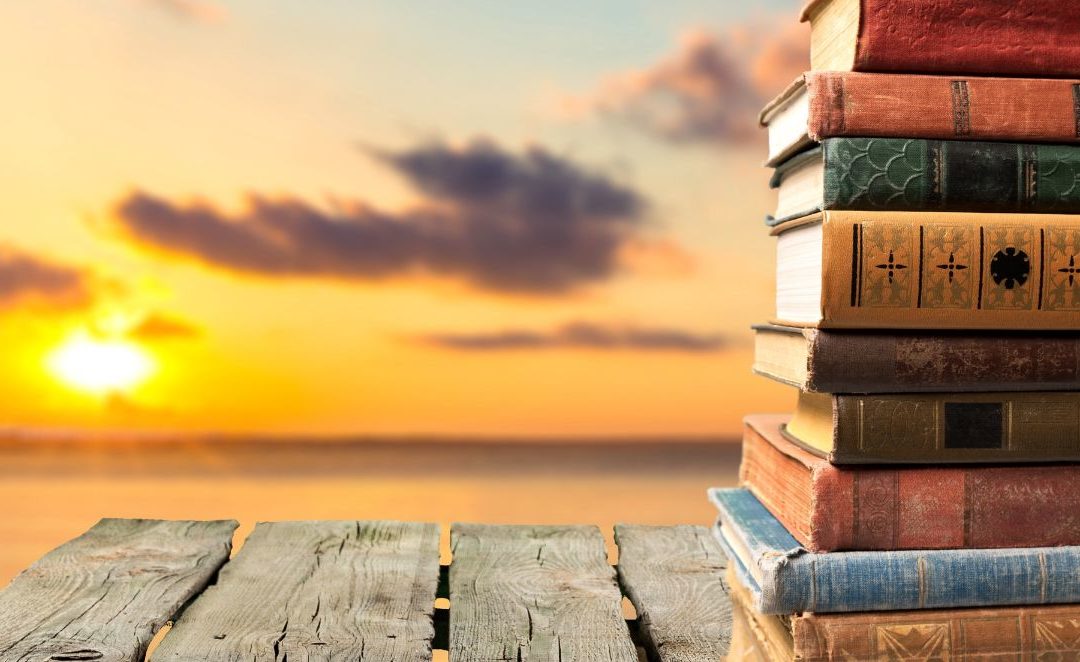 With all the recent advances in science and medicine, it’s easy to believe that people weren’t really living well until the modern day.

This notion only seems solidified when we look back at times past—there are plenty of plagues, diseases, and deplorable cures filling the pages of history.

But if we spin back the clock to the days of antiquity we’ll make some surprising finds. Here are a few texts with timeless messages about good health.

While Western medicine has developed toward curing acute symptoms, Eastern medicine has always been about preventing sickness in the first place. One of the primary focuses of Chinese Medicine is balancing a inner energies—Yin and Yang. 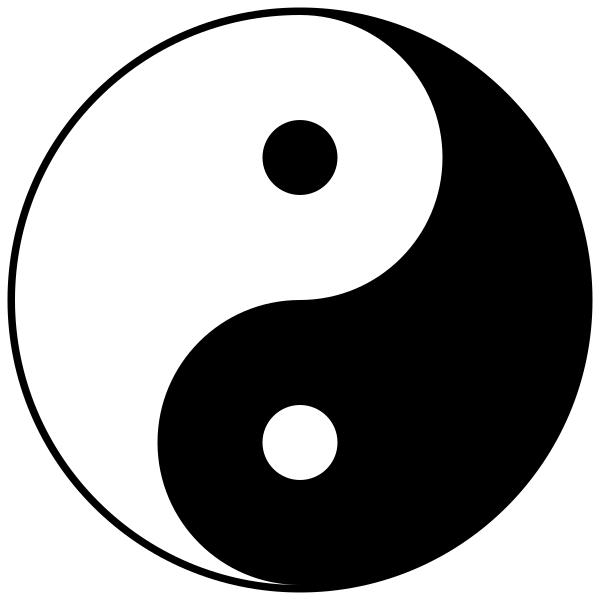 Yin and Yang represent diametric opposites such as sun and moon, light and dark, passivity and activity. Sickness derives from their imbalance, while good health derives from their balance. Many of the major hallmarks of Chinese medicine, from herbal teas to acupuncture, are about restoring inner harmony.

This sense of balance would benefit the present-day man or woman who often find themselves pulled to extremes like workaholism and unbalanced diets. This balanced idea of holistic health and preventive medicine is also increasingly endorsed by insurance companies. To that end, you may want to grab a copy of one of the numerous treatises like the Neijing, written Huang Di, The Yellow Emperor.

When you think of ancient times, you probably think of greasy turkey legs rolling through the dancing flames of an enormous fireplace, and huge cups of mead (honey-beer). It doesn’t seem like the healthiest diet, especially in comparison to all the modern fads of healthy eating: vegetarianism, veganism, paleo, keto, and other strange frontiers.

But in truth, ancient peoples ate local and organic. None of their foods were subjected to the hormones and preservatives that unfortunately supplement our diets today.

Ancient Greeks, Romans, and Egyptians around the rim of the Mediterranean likely feasted on olives, citrus, whole grains, cheese, milk, and meat—all of it without dyes and eerily long shelf lives. Native Americans ate corn, beans, tomatoes, potatoes, and healthy doses of wild game. In the Orient, rice was a common staple, augmented by mercury-free fish and healthy doses of spice. 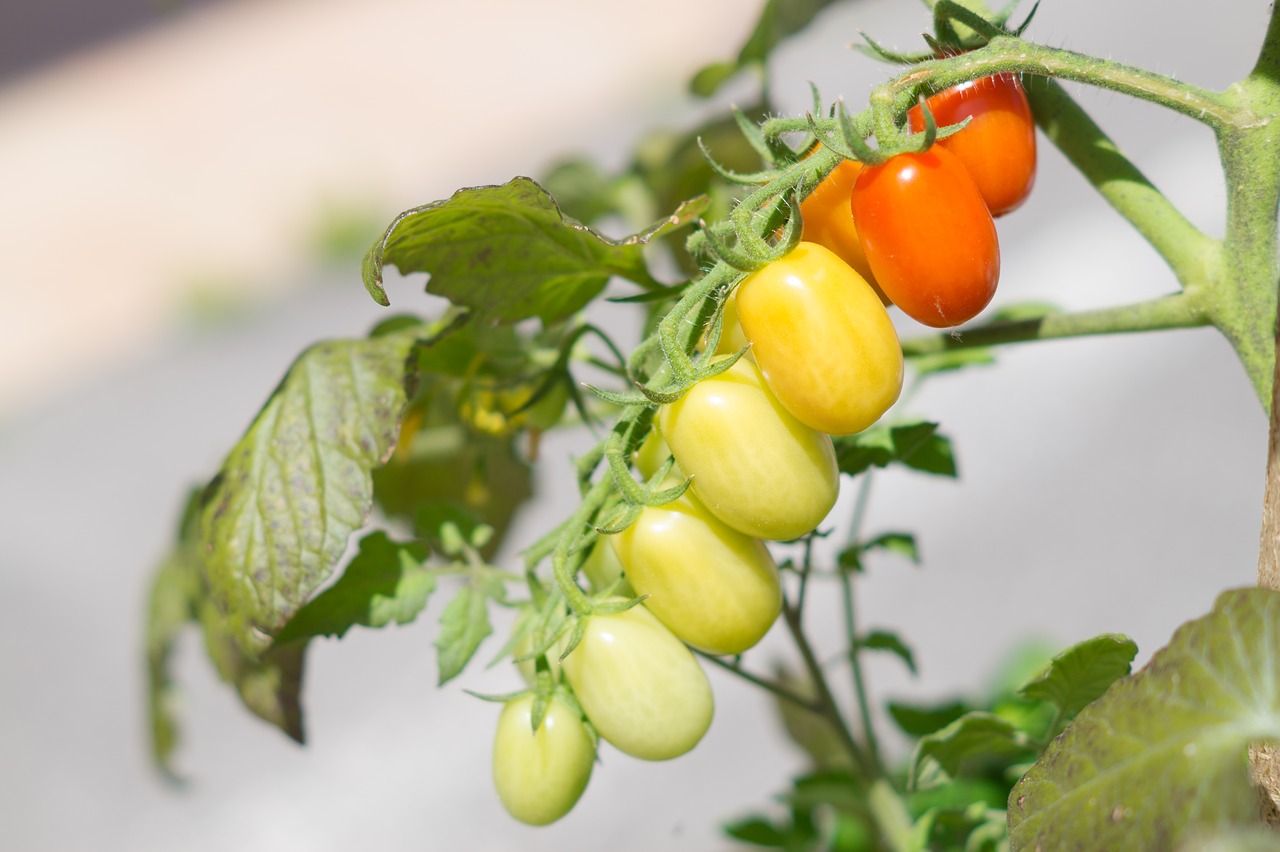 Check out books like Ancient Wisdom, Modern Kitchen and The Complete Mediterranean Cookbook to see how this ancient wisdom can make it into your kitchen.

When we go to the movies today, we hardly think of it as a religious ritual. In fact, with the daily bombardment of media, we’ve even become desensitized to much of what we see. But if you look back at the theater of the past, you will find that it is actually part and parcel of Greek religion. Many Greek religious festivals were marked by plays which retold the stories of the gods. Another key component of these dramas was an emotional moment of catharsis (basically, the climax of the plot) which was meant to help a person confront their inner feelings (anger, sadness, joy, etc.) by showing them those feelings onstage.

It’s easier to confront what’s inside by seeing it without, and drama was actually mean to facilitate a person getting in touch with their own emotional world. Today, many people are closed off and disconnected because of their engagement in the digital sphere…but there is something to be said about a good old moment of emotional release. 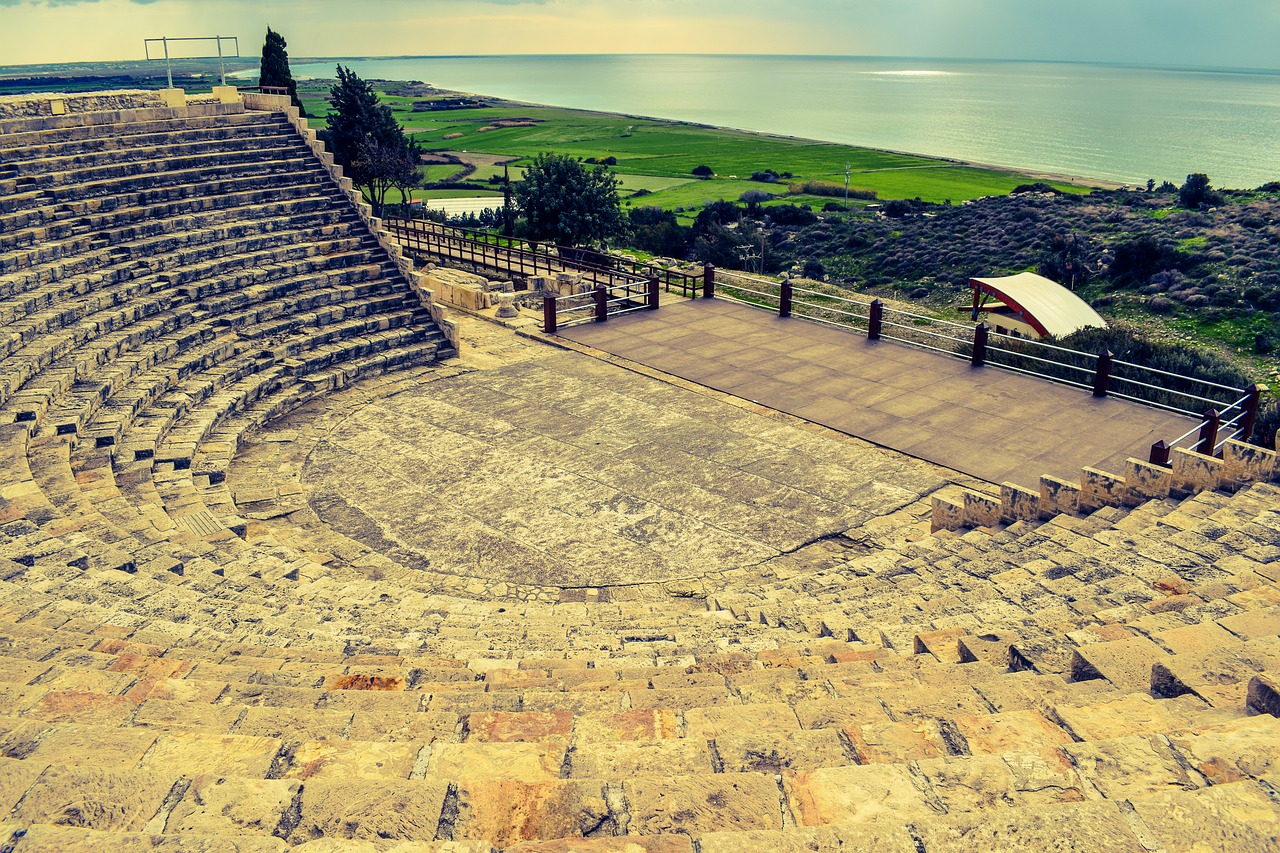 Though it might be hard for you to catch a showing of Oedipus Rex, Prometheus Bound, or Medea, any time you break out the tissues at the end of a play, book, movie, or episode of your favorite show, you are tapping into this ancient Greek wisdom about the importance of getting in touch with our emotions.

#4: Knowledge of the Human Body (and Soul)

While ancient people’s did have some seemingly zany notions about the human body (such as the belief that a woman’s womb was an independently sentient creature), they still recognized the importance of mapping it out. Around the world, from India to Mexico, ancient people’s dissected animals and cadavers to explore the human figure and understand how its parts worked together.

The practice of yoga in the Indian subcontinent also attests to the fascination some cultures had towards the physical body and all its complex machineries. The yogis of today and of the ancient world can/could do seemingly extraordinary physical feats. Ranging from breath-holding for many minutes (6-8+) to surviving (fasting) for months in the wilderness without much or any sustenance.

But more than that, many of these ancient peoples also had complex systems of religion and mythology that discussed the soul, the afterlife, and how all these concepts tied together. In today’s world, we tend to view church and state as very separate entities, leaving us with questions about the afterlife and our purpose in this world. But from Indian Ayurveda to Egyptian rites of embalming, ancient peoples took for granted the connection between body and soul, physical and spiritual, and knew that one could easily impact the other. 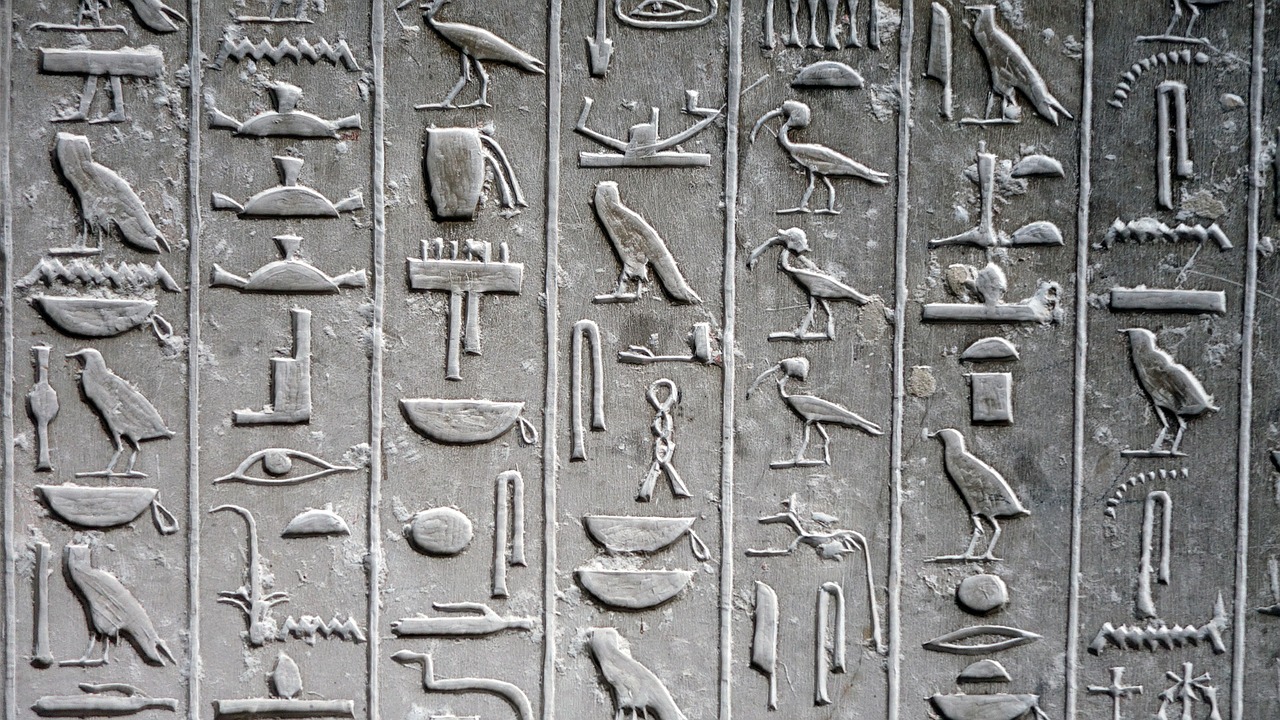 Try checking out any of the myriad books on ancient cosmology (both Eastern and Western) that have made the wisdom of antiquity accessible to modern readers, such as The Tao of Pooh.

It’s irrelevant to be a paradigm of good health if you don’t have a planet to live on. Ancient peoples had a far greater appreciation of health and wellness as it related to the bigger picture of the environment around them.

Native Americans would hunt animals for food, but they made sure to avoid wanton waste, using every part of the animal—bones for weapons and utensils, skin and fur for clothing, bedding, and housing, and even sinews for their bows. The health and harmony of the world was taking into consideration with rituals, storytelling, and rites of passage.

Today, we don’t tend to think twice about how our actions impact our larger environment and our health. Rampant air pollution damages our lungs; plastic particles in our drinking water (runoff from washed synthetic clothing) can cause cancer; hormone-injected chicken and beef is causing serious health complications. We could certainly learn from the example of ancient Indigenous peoples and think about how our own actions may impact the bigger picture of our world—and our health. To learn more, check out books like Native American Wisdom.

#6: The Importance of Nature

Ancient societies did not have access to the wide range of pharmaceuticals we have today, and they were probably happier for it—after all, the opioid crisis in America is showing us the dangers posed by accessible, synthetic medicines. By contrast, ancient peoples relied on herbal cures like incense, tea, and expertly-mixed compounds. Perhaps the most popular, longstanding, and widely-accepted discovery of such has been aspirin—which comes from the bark of the willow tree. 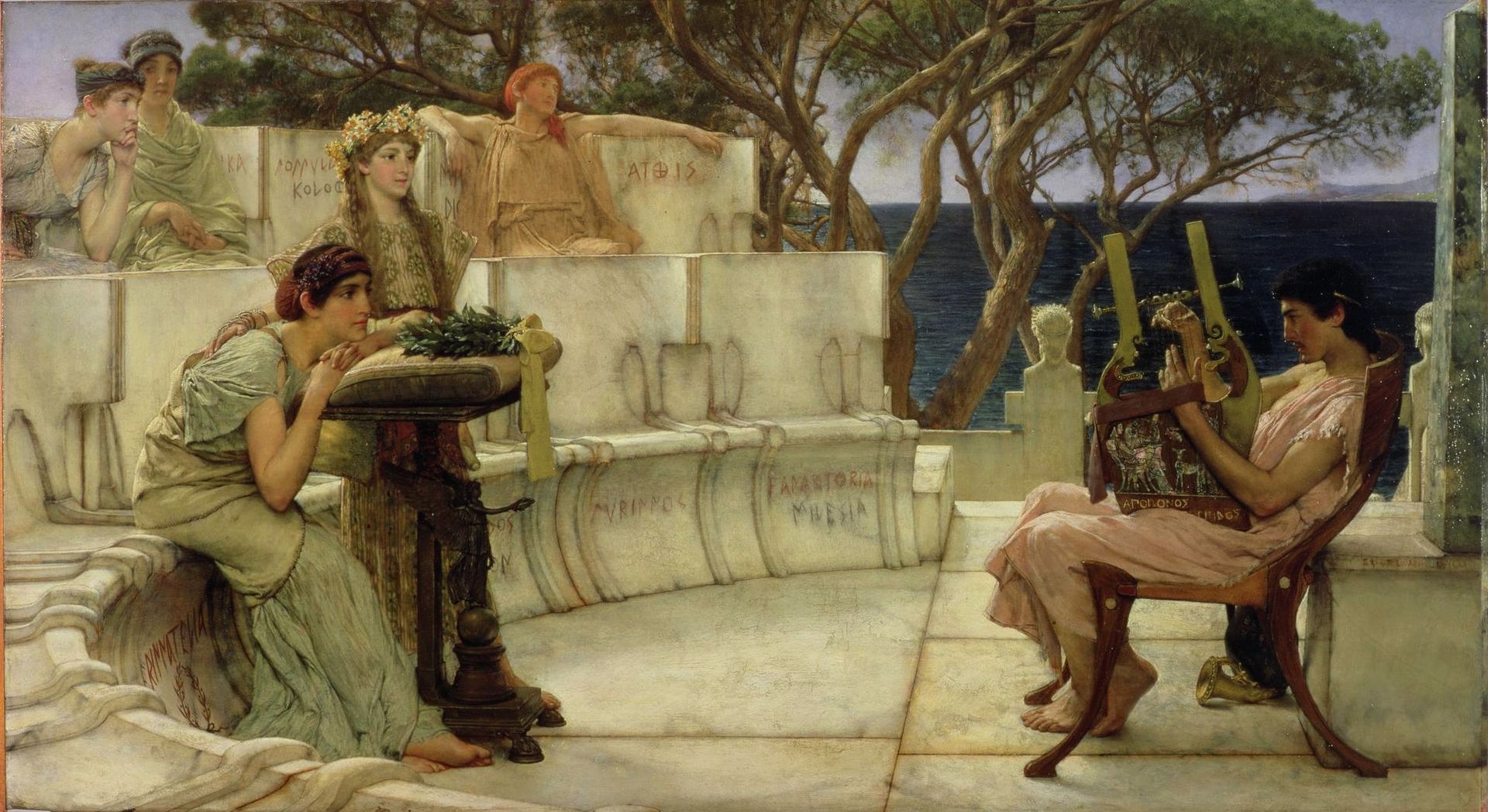 Ancient peoples also spent much more time outdoors than we do. They farmed, or shopped at the market for their goods, whereas we get in the car and drive to the supermarket. They engaged in storytelling, conversation, and sports for entertainment, whereas most of us watch television.

We could all take a page from the ancient handbook and embrace the curative, restorative, and relaxing properties of nature a little more, whether that involves drinking tea or taking a walk in the woods. While there are plenty of ancient texts about alchemy and nature, you’re best bet here might be to just get outside and breathe in the fresh air—there’s no more ancient text than that.