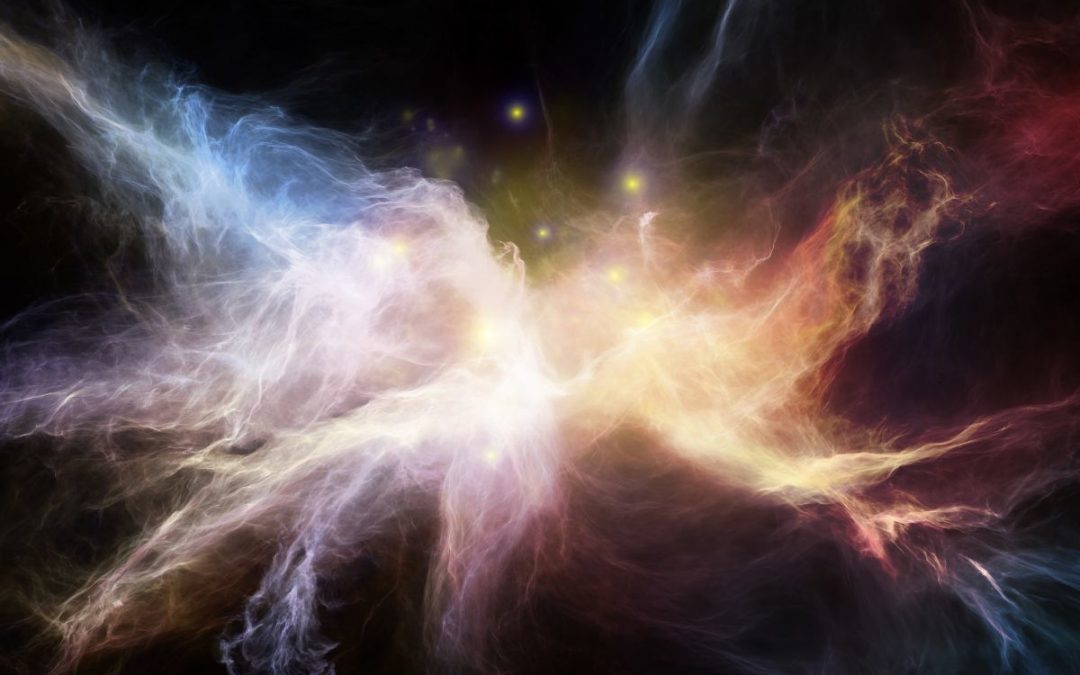 When you think of an angel, you probably think of some white-robed creature with wings. Though this particular image may come from artistic interpretations of ancient Greek deities like Nike (victory) and Eros (love), almost every culture around the world has their own version of these spiritual messengers who bridge the gap between man and the Divine.

In Judaism, angels are referred to as malachim, which means messengers. These angels are ranked in a hierarchy, but their existence is contingent upon performing specific tasks; once that task is finished, the angel disappears. These tasks might range from imparting a message of prophecy to facilitating the normative laws of nature. While there are descriptions of angels in the writings of the prophet, they are not depicted in Jewish art.

It was Christianity that developed angels into more fixed figures with human-like personas and unique personalities. One only has to look at religious art through the ages to see that angels evolved in Christian iconography. In early art (such as catacomb mosaics), an angelic presence might be communicated with a simple dove; in later art (such as Baroque ceiling frescoes) angels are human figures with well-sculpted bodies and wings. 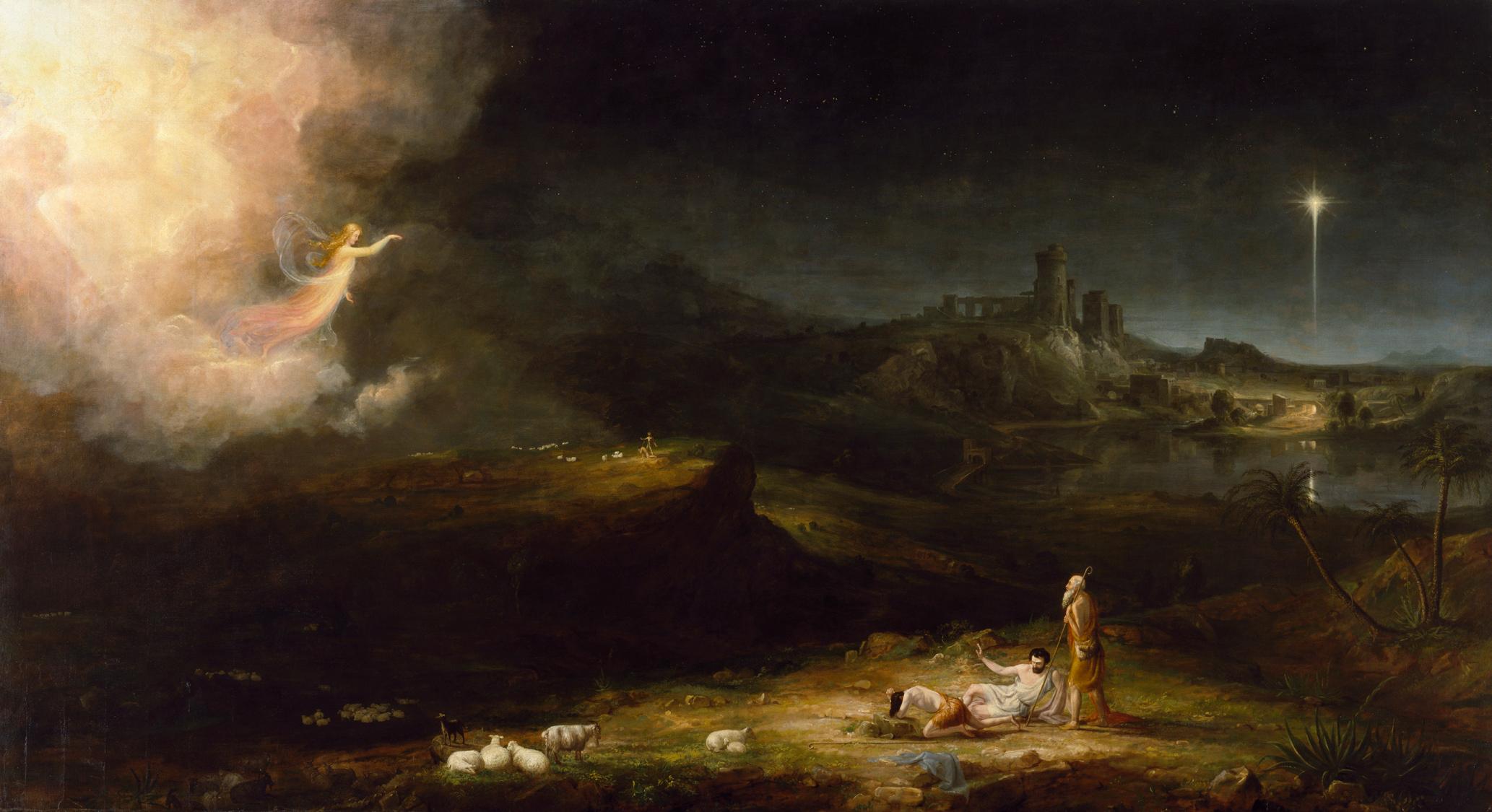 Angels also appear in Islam, who are mentioned in the Koran by name. Similar to their depiction in Judaism and Christianity, the malak is a divine messenger with a specific task, who is believed to have wings—but due to islamic rules about what is permitted in artistic rendering, angels are not depicted as they are in the Western world.

Angels also appear in Eastern religions such as Hinduism, but the only similarity they bear to their Western counterparts is their identity as spiritual facilitators who interact with people. Devas are spiritual guardians who watch over people and facilitate their process of becoming one with the universe—they are believed to inhabit a higher astral plane, and may be worshipped by some Hindus as a minor deity.

The 9 devas in hinduism CC / Source

In Buddhism, angelic beings are also referred to as Devas. They are not immortal, but rather souls who have been reincarnated into a higher spiritual plane. Invisible to the human eye, they can only be seen by the spiritually awakened, who might benefit from their communion with the Deva by achieving spiritual enlightenment. Devas can appear in physical form, may shine with their own illumination, and move great distances, perhaps by flying or riding a flying chariot.

In Japan and China, there were supernatural beings called Tennin, who have been compared to the angels, nymphs, and fairy-folk of the Western world. Their colorful feathered kimonos facilitate their flying powers, or they may have flying wings. They appear frequently in tales where they come to earth, marry a mortal, and perhaps return to their own reality once they are discovered. There were also spirit-like beings in Shintoism referred to as Kami, spirits embodied in the landscape (such as a river or a mountain).

Tennin or a Spiritual Being in Japanese Buddhism

Angels around the World and throughout History

Primitive or indigenous societies around the world are filled with animate beings that hover between the spirit world and this world. In most cultures, an “angel” implies some status as a messenger between mankind and a Higher Power—but many indigenous cultures have a more polytheistic view of the world. However, the spirits of animals or ancestors may still bring messages to people, especially in dreams or in a vision quest. In many cultures, each person may have a totem or guardian spirit. Interestingly, many indigenous societies that converted to Christianity cast their once-deities into the roles of angels and saints. Two places where this was very common are Mexico and the British Isles.

In the Ancient World, such as in Greek and Roman mythology, there were not necessarily angels, but there were messenger gods charged with carrying information between the deities and from the gods to man—such as Hermes (Mercury). However, philosophers like Aristotle conjectured that if there was a “Prime Mover,” there must be secondary movers…and indeed, the very word “angel” comes from the Greek aggelos. Similarly, in ancient Egypt and Babylon, the people believed in multiple gods charged with a variety of specific tasks, but not in angels per se.

Beginning in Medieval times, angels began to be featured prominently in alchemical texts. Theses texts laid out elaborate rituals for channeling angels, conversing with them, and leveraging their cosmic power to achieve various goals. One example is The Book of the Sacred Magic of Abramelin the Mage, the story of a Jewish merchant who meets a sort of wizard in Egypt, who teaches him a ritual for getting in touch with his own guardian angel. Other similar books described rituals for getting in contact with angelic beings or demons and using their powers to perform specific acts of magic.

Angelic beings do make an appearance in other religions as well. In the Baha’i Faith, they are people who have clothed themselves in intensely spiritual garments, released themselves from the chains of self, and revealed abounding Divine Grace. Famously, Mormonism is founded on the revelation of the angel Moroni to Joseph Smith. Mormons believe that angels are messengers of the divine, in a physical form without wings, animated by the spirit of humans who have passed away or have yet to be born.

In other religions such as Sikhism, angels are mentioned in a purely metaphorical capacity. There are still other New Age religions that blend pagan practices, psychology, and Abrahamic ideas about spirituality. Some practitioners of these New Age religion, like Abraham Hicks, promote the idea of communicating with angels or spirit beings.

Angels abound in the popular imagination, but they were not always conceived of as winged creatures. And yet, almost every culture has some type of spiritual being that hovers between this world and the realm of the divine. Whether they come down to earth to share a message of prophecy or facilitate the laws of nature, mankind has always envisioned himself surrounded by invisible beings with greater powers.