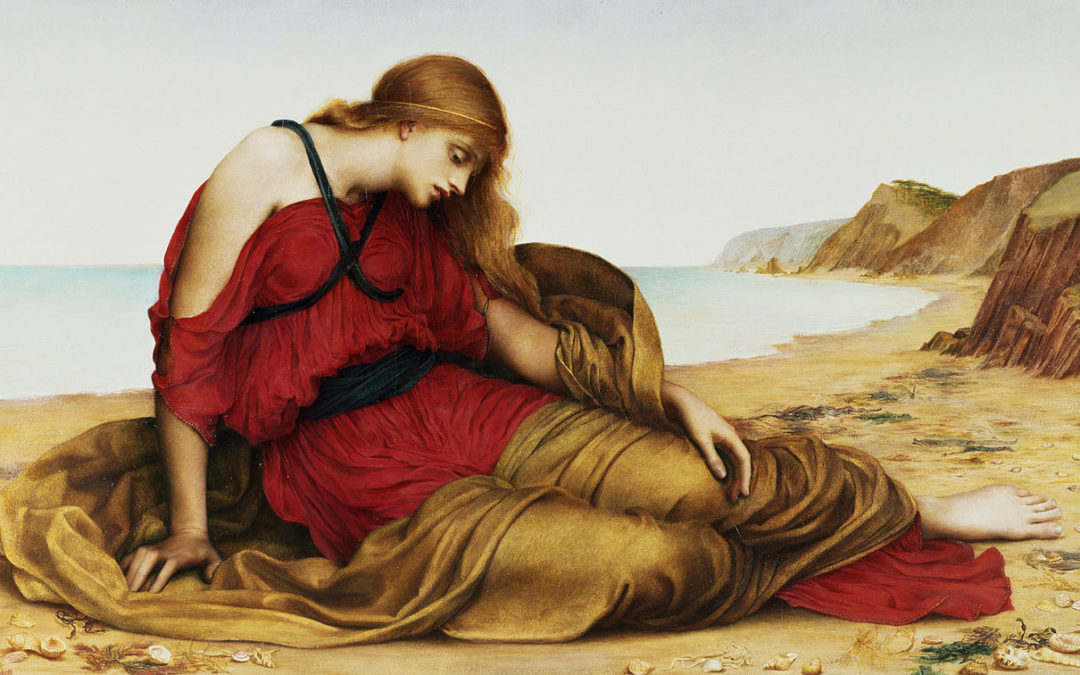 In Greek mythology, Ariadne is the daughter of King Minos and queen Pasiphaë. Ariadne is best known for her role in the mythical tale of the Minotaur.

The Myth of the Minotaur & the Labyrinth

In the tale of the Minotaur, for Ariadne, the story begins when she falls in love with Theseus, who sails from Athens to Crete in order to rid the world of a wretched beast.

Athenians having lost the war with Crete, had to surrender to the terms of Ariadne’s father, King Minos. The deal was that every year, seven young boys and seven young women would be sent to Crete as tributes. Consequently in the Aegean world, there emerges terrible rumours of something brutal, something unnatural, a beast of somekind that supposedly feeds on human flesh. The rumours grew stronger and more detailed, there was something in Crete, and it wasn’t pretty. It was called the Minotaur. This is what brought the courageous Theseus to the shores of Crete. The yearly tributes were sacrificed to the Minotaur. So naturally the love-stricken Ariadne felt very anxious and scared of what could happen to Theseus when he ventured into the treacherous passages of the Labyrinth. So she confronts Daedalus, the creator and designer of the maze, to gain some knowledge in order to help Theseus find his way out of maze when he has completed his quest. Daedalus, being so clever, advises her to give Theseus a ball of thread so that he could find his way back.

Everything goes according to plan, Theseus gloriously returns after had slain the monstrous Minotaur, and he is proclaimed a great hero forever more. But in the love department, things don’t turn out to be that great for Ariadne. Theseus, for some unexplained reason, deserts her at the shores of Naxos and leaves her heartbroken. According to some stories, the god Dionysus, witnesses the innocence of this beautiful young woman and decides to wed her.

What marvel that the horns of a monster [the Minotauros] were betrayed by his sister [Ariadne], when the twisted path was revealed by the gathering of her thread.
Propertius in the Elegies

Dionysos addresses Ariadne : He [Theseus] shed the blood of the halfbull man [the Minotaur] whose den was the earthdug labyrinth… But you know your thread was his saviour: for the man of Athens with his club would never have found victory in that contest without a rosy-red girl to help him.
Nonnus in the Dionysiaca