The Most Powerful Astral Projection Techniques 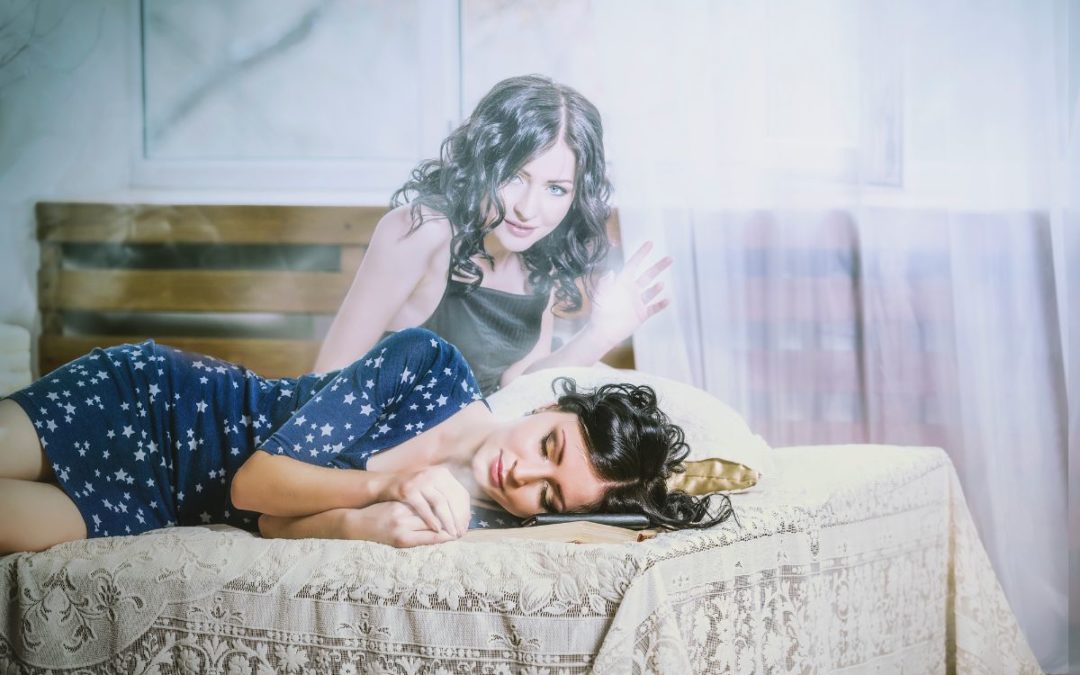 You’re not going to find any scientific support for astral projection, so we recommend that you don’t waste your time looking. However, this doesn’t mean that the practice itself isn’t worth investigating. Some topics don’t hold up under scientific scrutiny because they can’t be accurately measured. Astral projection falls into this category. It describes an altered state of consciousness that is somewhat equatable to an induced out-of-body experience, except that our detached selves are transported to a plane of existence that is not accessible to a “normal” state. How can we measure this? We can’t, though some have tried.

Astral projection can’t be confirmed by science, but it also can’t be proven false. It’s just sort of off limits. Approaching the topic with a stubbornly scientific mindset won’t help us unlock any useful information, so it’s best to switch gears if we want to gain a better understanding. Where science is no longer useful we can use subjective observations instead. Science focuses on objective information, meaning that it can be viewed and verified by theoretically any person at any time. Subjective information, on the other hand, describes anything we observe from our individual internal perspectives alone.

As a subjective practice, the only way to gain insight on astral projection is to attempt it ourselves. To that end, we will discuss three of the most recommended techniques for inducing astral projection experiences. Be warned, I have not tried any of these methods myself, and some practitioners have warned against trying astral projection due to the massive amount of mental energy it requires (1). While it’s certainly an intriguing topic and worth our attention, I suggest that you do not try any of these techniques unless you’ve thoroughly researched the associated risks and are comfortable with the potential consequences. 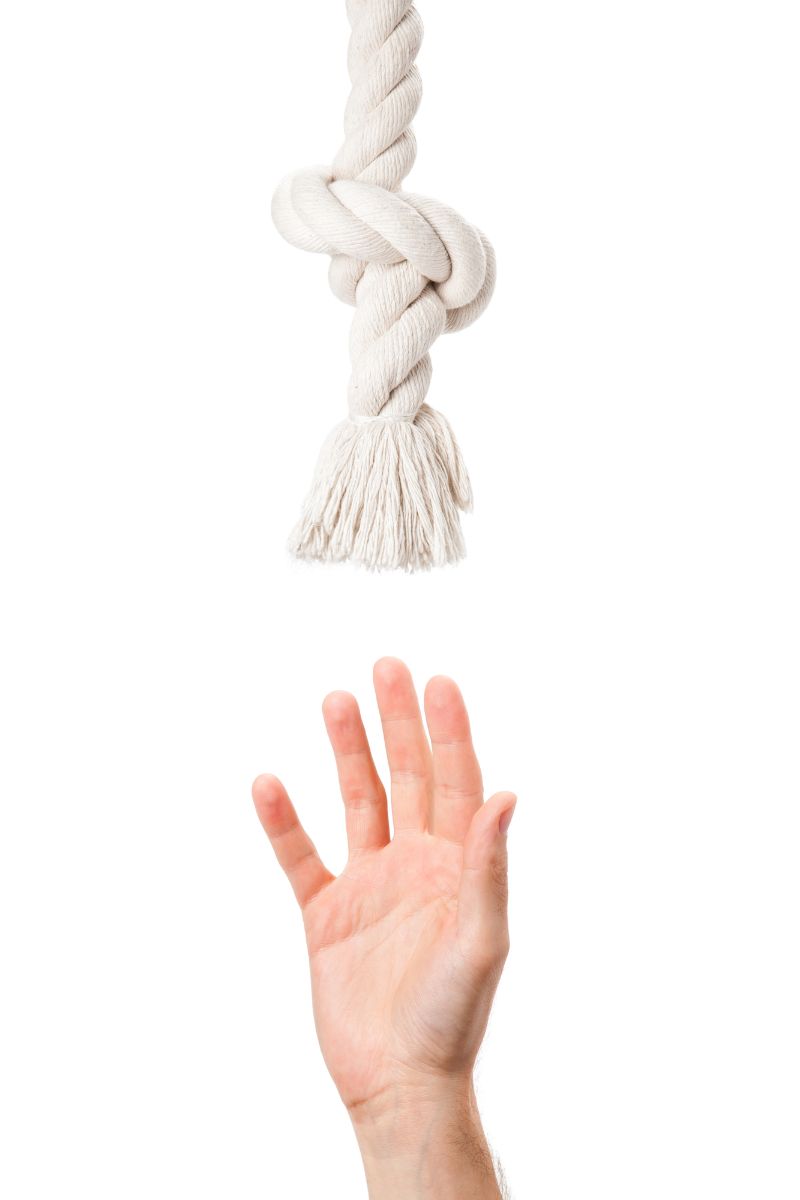 Often credited to a man named Robert Bruce, this approach involves extreme concentration and visualization. Although it can technically be performed while standing or sitting, the rope technique is best practiced while laying down for both energy conservation and safety reasons (like most astral projection techniques). Remember, if you do experience astral projection then your body is going to be vulnerable. You don’t want to return to a concussed brain after letting your skull bounce off the floor.

The Rope Technique is initiated by attaining a deep meditative state. This is no easy task and will likely take significant amounts of practice to achieve before being able to go any further. Once this state is attained, we are told to picture a rope hanging above our heads. Then we must concentrate and visualize reaching out of our body with our astral arms (using our spiritual body instead of physical), grip the rope, and continuously climb upward.

During this visualization, focus should be placed on the pressure exerted by the rope on our astral hands. This helps to transfer our sensory awareness from the physical to the spiritual. Eventually, the sensation of increasingly intense vibrations will be experienced. Focusing on the vibrations is said to be the final step before the entire astral body becomes disconnected from the physical self. We should then be able to pull our astral selves free of the physical body using the rope and be able visit alternate planes of existence.

Robert Munroe was one of the biggest names in the exploration of altered states of consciousness. He even founded an institute dedicated to the cause. Among his endeavors, Munroe developed a popular technique for inducing astral projection that takes advantage of another altered state of consciousness called the hypnagogic state. We’ve all experienced hypnagogia as the strange sensation of being almost, but not quite, asleep.

Munroe’s technique begins by laying down and placing yourself into a deep state of relaxation. Comparable to meditation, this requires focus and intensive practice, as does each stage of Munroe’s process. When deep relaxation is achieved, we must allow ourselves to drift toward sleep without losing conscious awareness. Again, this is going to take some work to get right. It’s a natural instinct to shut down our attention processes as we reach the hypnagogic state, but we can override it with enough training. Stray thoughts will cause us to snap back to wakefulness during this stage, so it will also be necessary to become skilled at thought suppression. 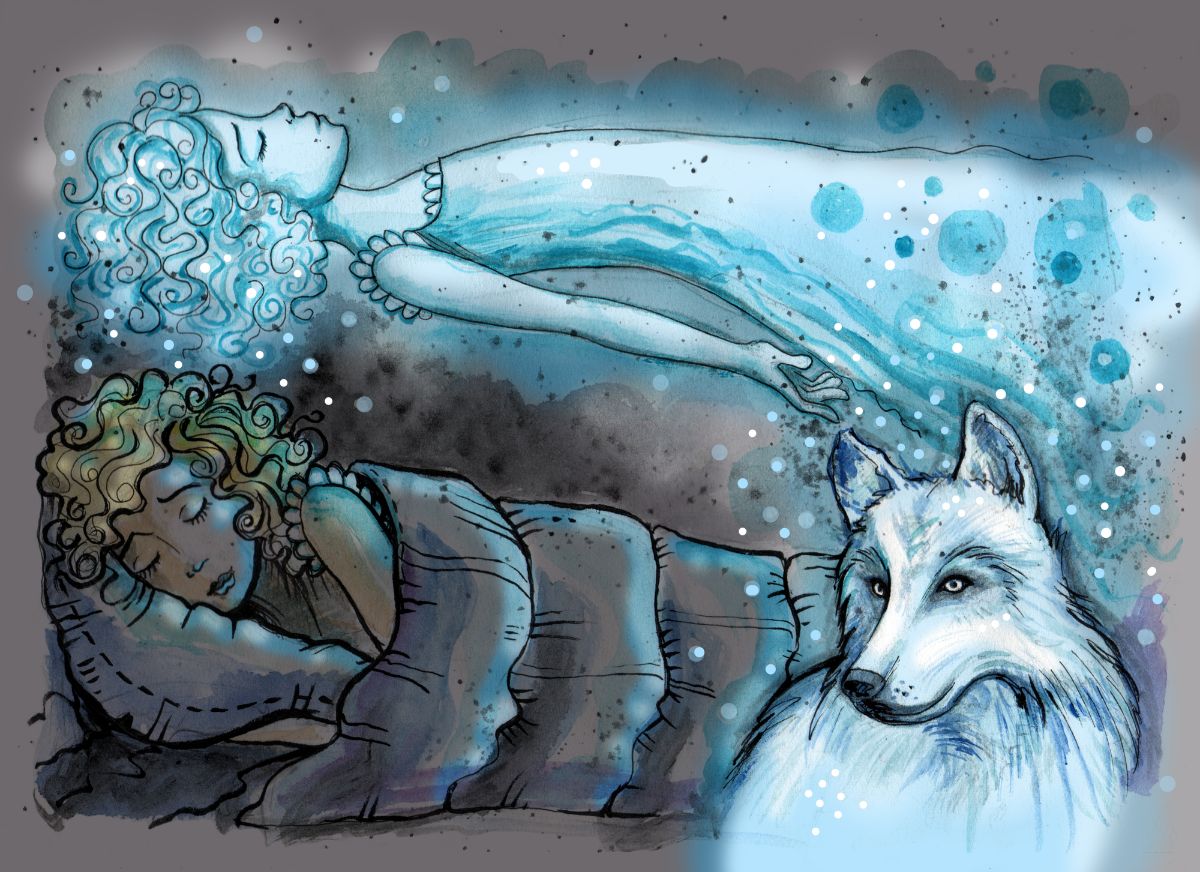 The next step is to create and focus upon the feeling of vibrations within our bodies while we’re deeply relaxed in the hypnagogic state. These vibrations represent the separation of the astral form from the physical body. When the sensation is significantly intensified through concentration and practice, we are directed to simply “roll over” to complete the disconnection process.

A lucid dream is defined by an awareness that we are dreaming. Unlike astral projection, lucid dreaming is a scientifically supported phenomenon (2). Much of the population has experienced dream lucidity spontaneously at least once in their lives, if only for a moment. However, it is a difficult and often frustrating goal to intentionally achieve and sustain.

There are several techniques dedicated to the induction of lucid dreams, each of which comes with considerable challenges. Once we gain some control over this process, we can also utilize it as a tool for inducing astral projections. Some practitioners suggest that the best way to have an astral experience through lucid dreaming is by intensely willing it to occur. This is known as using intention. We could also practice other astral projection techniques (like those discussed above) while within the lucid dream state, since they may be more effective when performed in a non-waking state of consciousness (as is alluded to by Munroe’s focus on hypnagogia).

The Pros and Cons

There are many reasons to why you might wanna try these techniques to achieve astral projection, it may just be a simple curiosity or it could be something more profound, something about learning what life, the soul and spirituality truly is. Whatever your reasons, it could be good for you to know about the possible pros and cons of doing astral projection. 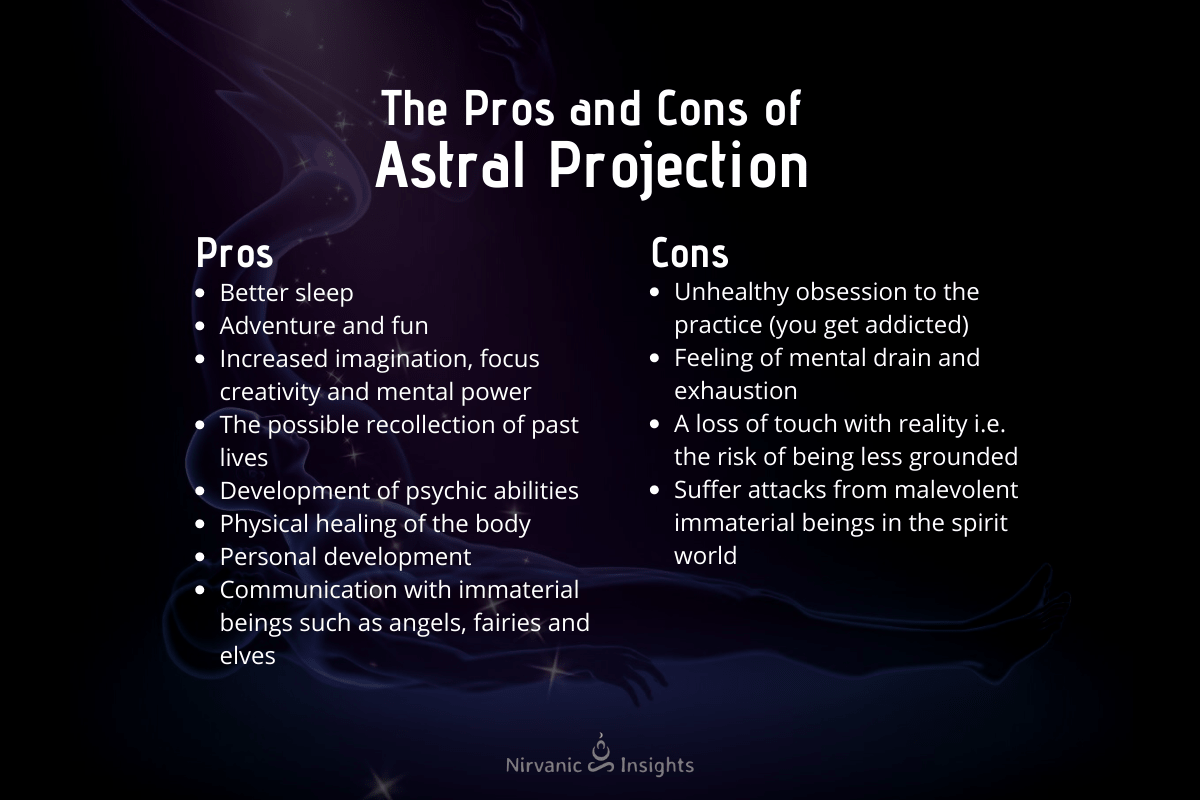 Here are a handful of benefits that experienced individuals claim that astral projection may bring:

Having said that, some astral adventurers also share some possible downsides or dangers that comes with practicing astral projection, here they are as following:

There are many paths through which astral projection may be achieved, according to anecdotal evidence. Science will never support the field, but that shouldn’t stop anyone from considering its validity as a personal experience. We should however, consider the risks that are posed by attempting such a taxing endeavor. Again, this warning comes only from the word of others, but there are definitely some people who feel that astral projection poses a serious risk to our well-being. Proceed with caution, if at all.