The Story of the Rise and Fall of Bellerophon 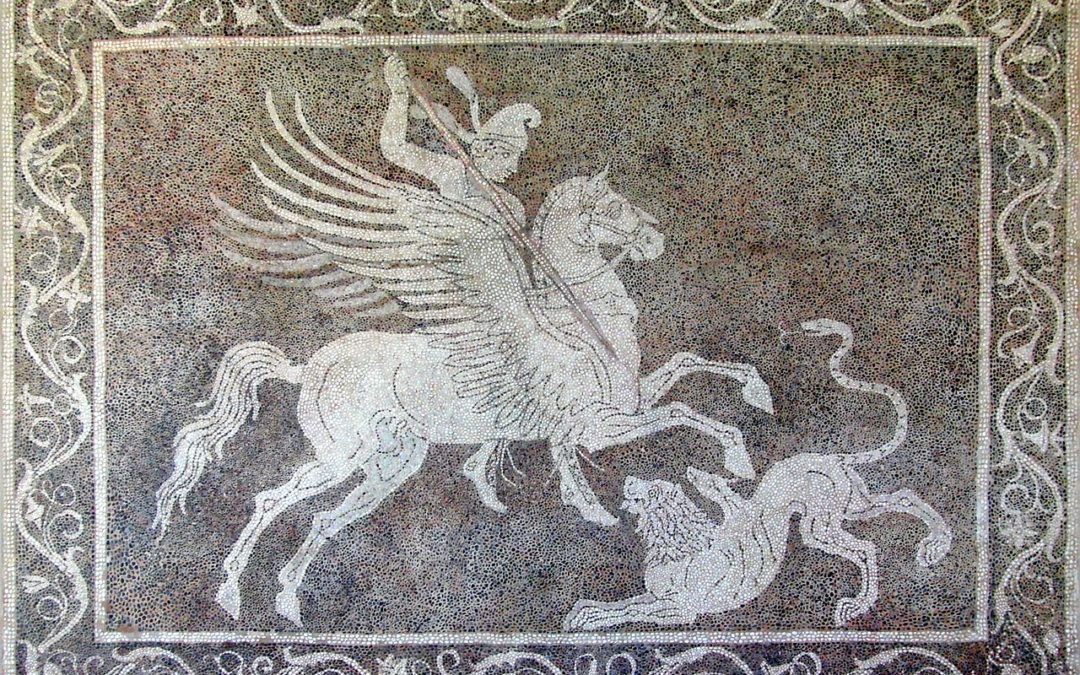 Bellerophon was the son of king Glaucos of Corinth. In his younger years for some unknown reason, he was exiled to the kingdom of Tiryns, where Proitos was king. Anteia, the wife of the king, took an immediate liking to the young and beautiful Bellerophon, but she was rejected by him. Humiliated and enraged Anteia decided in sheer hatred to have him disposed by convincing her husband that Bellorophon tried to seduce her, and Proitos believed her. Filled with anger himself, he considered having Bellorophon killed on the spot but realized quickly that killing a guest would be against their custom of hospitality (xenia). Instead Proitos sent Bellorophon to his father-in-law King Iobates of Lycia to finish the job, he was sent with a mission to deliver the king a sealed message on a tablet written in a secret script.

As a guest of Iobates he was welcomed in the friendliest manner, and for nine days he enjoyed great hospitality in his royal home. On the tenth day the king asked to see the tablet that Bellorophon brought with him, which he then read with utter dismay over the series of events described by his son-in-law:

Pray remove the bearer from this world: he tried to violate my wife, your daughter.

Proitos wanted him killed, but Iobates was bound by the same custom of hospitality and was forced to find another way of getting rid of Bellorophon.

Instead he sent him on a quest to fight against the terrible Chimera, a fire-breathing supernatural beast of three different natures, as it had the head of a lion, a snake as a tail, and the body of a goat. It was a beast that was notorious in these lands, mostly for terrorizing the farmers and peoples of the country-side. Bellerophon, being the brave hero he was, accepted the challenge.

First however, after receiving advice from a Corinthian seer named Polyidus, he realized he couldn’t defeat the beast alone and that he needed the aid of the winged-horse Pegasus. So following the guidance of Polyidus he found the winged-horse drinking by the never-ending well Pirene located in Corinth, his town of birth, where he somehow managed to tame him. Bellorophon then mounted him and ascended high into the air, across land and water till he came across the beast who was resting in one of the mountain gorges of Lycia. So he descended and initiated the battle with the Chimera by first shooting a couple of well-aimed arrows at the lion’s head which did little to hurt the beast. He then got a clever idea on how to kill it, namely by attaching blocks of lead to the tip of his spear, so he approached it and hurled the lead into its fire breathing mouth, the lead ended up melting in the flames of his throat causing the beast to asphyxiate. As last measures he drilled the head of the wheezing snake with what remained of his spear.

When Bellerophon returned back to Lycia after his heroic feat, Iobates barely gave him time to rest before sending him off to other quests, which Bellerophon accepted. Among other things he sent him off to fight the warmongering Solymi and then against the brave amazons who were known to fight like men. Accompanied with his winged-horse, they were no match to him. When Bellerophon returned victorious from these encounters as well Iobates asked him to travel by a narrow mountain pass which he then insidiously had him ambushed, but even here Bellerophon emerged victorious and returned to his host Iobates. This was the moment that Iobates realized that Bellerophon was blessed and protected by the gods themselves, and he completely changed his mind and attitude towards him. Instead he gave him his daughter to wed and half of his Lycian kingdom, and in this marriage Bellerophon had one daughter and two sons.

The Ascent to Olympus

For many years Bellerophon was a very happy man and enjoyed all the great things life could offer, as the grace of the gods was with him. After a while a creeping thought entered his mind, being exalted by his lofty position, he considered himself superior to the mortal humans and equal to the gods. In his hubris he mounted his loyal winged-steed Pegasus and decided to ascend into the heights where the gods and goddesses had their abode. This act of arrogance was seen by the all-seeing Zeus who hurled his bolt of lighting at Bellerophon, who fell from his horse and reached the ground where he died pitifully. 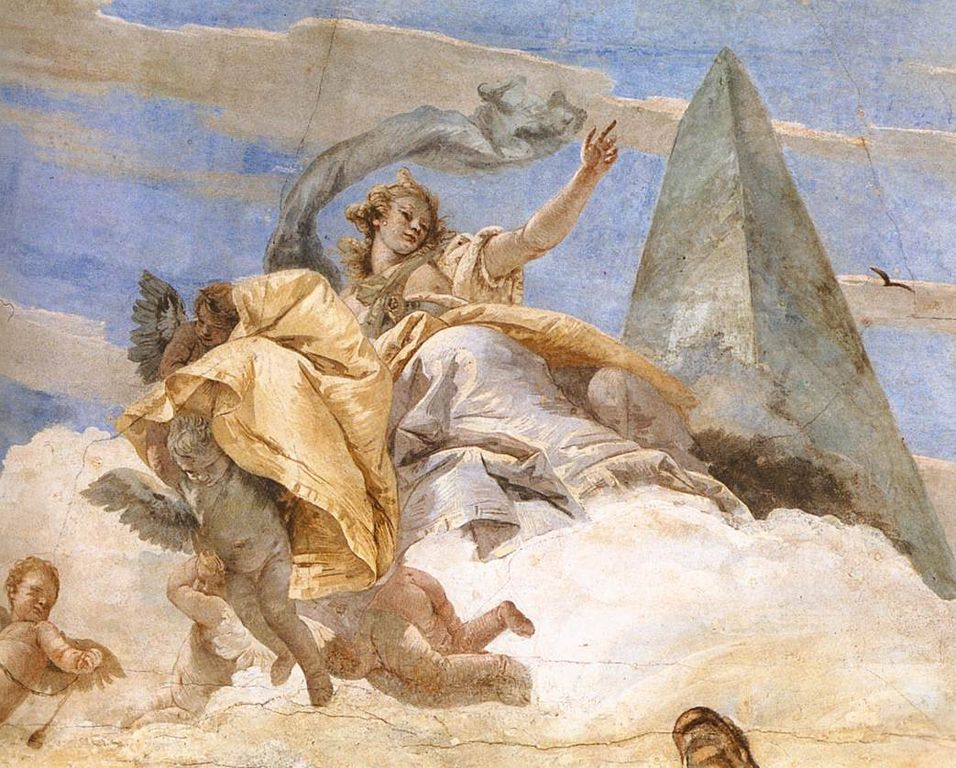 However the winged Pegasus kept flying higher and higher to Olympus, and have since then never been seen.