Not Merely the Body and Mind, You’re Infinite Consciousness 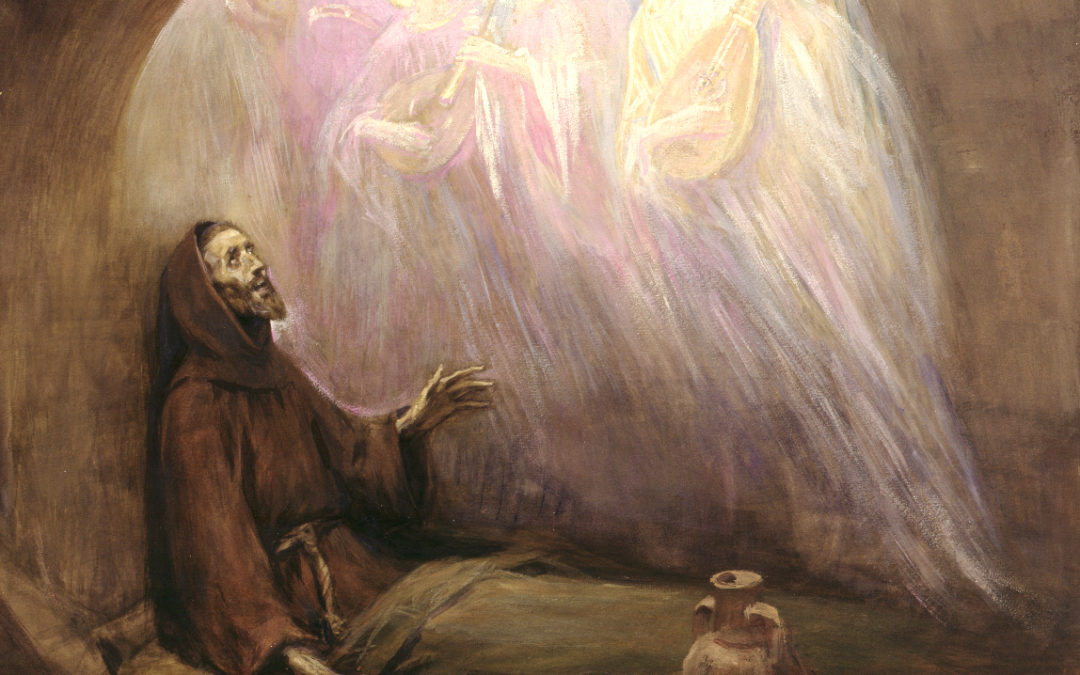 “Just as we cannot stop the movement of the heavens, revolving as they do with such speed, so we cannot restrain our thought… Most of these trials and times of unrest come from the fact that we do not understand ourselves.”
Teresa of Avila

Who are you? Are you your body? Are you your mind, thoughts and identity? The body feels intuitive, and it indeed is so. But the more you get to know your body from a meditative perspective, the more you feel that the body is simply there, hopefully fully alive and functional, but nonetheless there. What one begins to feel intuitively after some meditative efforts is that its functioning is not your doing and its solidity not your essential nature. This same detachment happens when one looks upon ones own mind and thoughts with meditative eyes. They simply are there appearing before you but they are not who you are. They are always objects seen while you are always appear to remain as the one subject that perceives.

That being said, no matter the strength of your identity with the body and mind, you are not merely them, you are not your psychological mind and you are not your physical body. These are aspects of who you and what you are but as I just said these aspects can also be seen as mere objects that appear in your ever so spacious consciousness.

The body and the mind are instruments and vessels for quite an indescribable consciousness. It is this unknowable presence which I dare say you truly are. Space-like, formless and timeless presence that is simply here to experience and recognize all that appears before it. Untouched by all phenomenal appearances that occur on the hyper dimensional screen of your own awareness.

You as a subject can never be seen with separate eyes, your absolute subjectivity is the eye of god itself. When you come close to this sense of being absolutely subjective, you come closer to the womb of existence.

This is one of the final truths that the spiritual seeker is absorbed into. You can never see yourself with separate eyes, your seeing and you are one. No distinctions between you and that indescribable formless eye that permeates all the universes in existence.

“The mind in the form of the ‘I’ concept has hidden your original peace, Joy and Love and is now promising to show you how to find them.”
Mooji

“But how shall we find the way? What method can we devise? How can one see the inconceivable Beauty which stays within in the holy sanctuary and does not come out where the profane may see It? Let him who can follow and come within, and leave outside the sight of his eyes and not turn back to the bodily splendours which he saw before. When he sees the beauty in bodies he must not run after them; we must know that they are images, traces, shadows, and hurry away to That which they image.”
Plotinus

“A beautiful woman looking at her image in the mirror may very well believe the image is herself. An ugly woman knows it is not.”
Simone Weil

“Food and clothes sustain
Body and life;
I advise you to learn
Being as is.
When it’s time,
I move my hermitage and go,
And there’s nothing
To be left behind.”
P’ang Yün

“Since the soul is in error when it is thoroughly identified with the body, and shares its experiences and has all the same opinions, it will be good and possess virtue when it no longer has the same opinions but acts alone–this is intelligence and wisdom–and does not share the body’s experiences–this is temperance–and is not afraid of departing from the body–this is courage–and is ruled by reason and Nous, without opposition–this is justice. One would not be wrong in calling this state of the soul likeness to God, in which its activity is intellectual, and it is free in this way from bodily affections.”
Plotinus

Spiritual Pointing VIII: The Ego-Mind is Not Your Friend, Not Yet… »