13 Ways of Boosting Your Imagination and Mind’s Eye 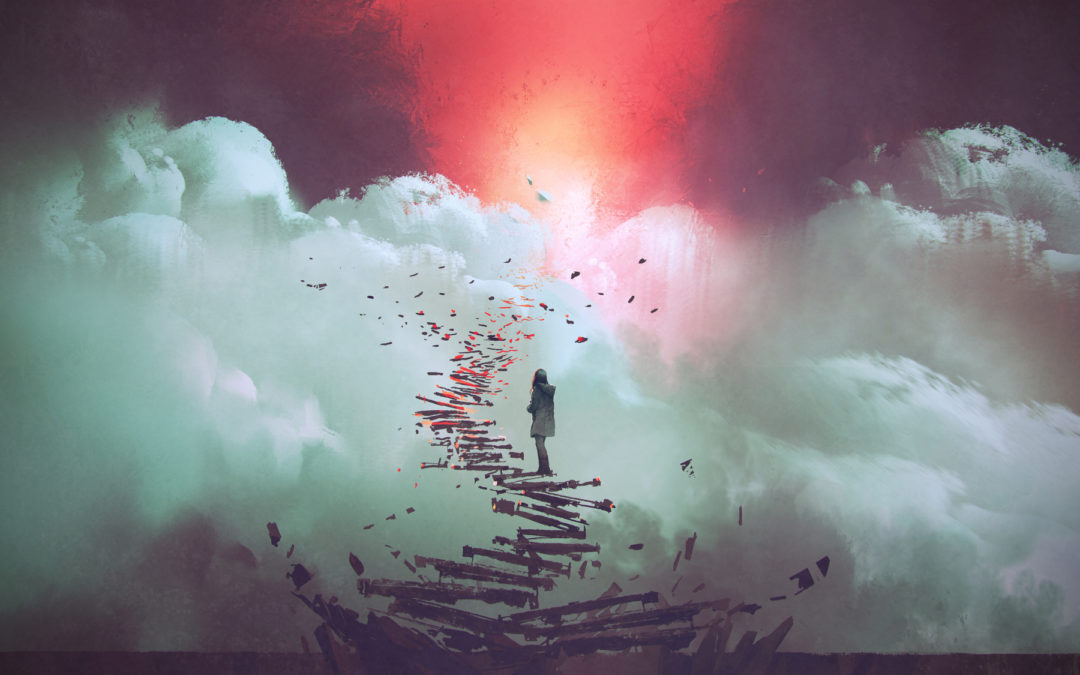 Imagination can seem elusive at times. We long to embrace the limitless possibilities of our creative mind, but society conditions people to think in a rational, linear manner from a young age. As Einstein said in the quote above, imagination is important – and it is something worth taking the time to cultivate. Unlocking the abilities of your mind’s eye creatively benefits from a variety of methods. Practicing different visualization techniques, engaging with experimental artistic mediums, and stepping outside the boundaries of reality through wordplay will open new worlds, while also enhancing your ability to mind-craft. Here are 13 techniques to boost your imagination and strengthen your visualization capacity.

Guided meditation is a fantastic way to activate your imagination, especially if you are new to exploring this realm. As you sit back and relax, the audio will prompt you to conjure imagery in your mind. Just think of where you’d like to explore or what you’d like to see in your  mind’s eye and you can search Youtube for a guided visualization about it. Some novel ones to begin with are Meeting Gandalf in the Shire, Meeting Your Inner God/Goddess, Alien and Monster Stories (made for children but still a powerful imagination boost!).

SCAMPER is a problem-solving technique used to ignite one’s creative thinking. It is often used in group meetings to facilitate discussion and help people to think outside the box. The acronym of what SCAMPER stands for – substitute, combine, adapt, modify, put to another use, eliminate, reverse – are all suggestions you can apply to your own thoughts or ideas. To enhance your imagination, apply SCAMPER to your daily tasks. Figure out ways you can substitute one thing for another, combine different techniques or ideas, reverse what you usually do to observe the process backward. A SCAMPER mindset encourages experimentation and the novelty will prompt you to visualize new methods.

Create art with the purpose of engaging your senses. Many shy away from art because they do not have the training needed to paint, draw, or sculpt. The key is to make art in the spirit of a child, who uses the process as a form of self-expression rather than with intention to meet the expectations of others. See if you can translate your ideas, using your 5 senses, into artwork. Can you imagine baking joy? What would it taste like to cook sorrow, or confusion, and can you craft a recipe for it? How would anger look as painting – what shapes represent it? If you dance the feeling of frustration, how does the movement differ from dancing the feeling of clarity? Mix your emotions, sensory perception, and imagination to see what results.

Submerging yourself in new environments helps your brain to shift out of autopilot into focused attention as you try to figure out your surroundings. To enhance your creativity it is important that you are engaging with a variety of locations. Spending time in nature particularly helps to clear the mind, which allows your imagination to roam. When you are free of human constraints in the wild, your creativity can soar because the limits of culture are removed. Going to museums, interactive art installments, live theatre, and fashion shows can enhance your perception because they are specifically designed to be eye-catching and visually pleasing. In your daily life, you can play around with different color palettes in your wardrobe and also leave visual cues for yourself like drawing a picture of a trashcan to remind you it’s trash night instead of writing reminders.

This technique is popular among life coaches and psychologists working with clients. The purpose is to imagine each and every step needed to achieve a goal. It takes imagination and mental discipline to be able to move through every part of the process. If you feel called, you can also draw out each step, connecting mind with body through imagination. Or, you can take the reverse approach of picking out images from a magazine that make you feel inspired, happy, and motivated and blend them together to create a less planned out map based on cuing your subconscious visually. In both processes, your visualization becomes your map to success.

Tinkering naturally stimulates your curiosity and imagination. Creativity isn’t only artistic, it can be mechanical and engineering too. Trying your hand at building something will engage your tactile senses and imagination at the same time as you play around with space and dimensions. Legos, building blocks, and cards are the classics, but there are also kits from companies like Zometools and Kiwico that provide direction to build nifty things. This method is good for people who tend to be more abstract and lofty, the detail and kinesthetics of using your hands can be very stimulating. A real fun challenge is creating a structure with tensegrity where parts are held together by tension. Here is one example you can try at home

Fantasy books, ranging from science fiction to magical fantasy, are known to make people more imaginative. Being transported to other realms as a reader opens your mind to worlds outside the ordinary and promotes exploration of the unknown. Characters, situations, and landscapes are crafted to make the reader believe in the alternative reality, prompting them to leave the confines of reality for just a bit. The words paint pictures in the mind’s eyes that stimulate one’s creative faculties. Reading graphic novels is also a method to link the visual with a narrative. It can be fulfilling to receive visual cues and reinforce this method of information input as one follows along with the plot.

Role playing and collaborative games are immensely beneficial because your imagination is engaging with others’ imagination at the same time to craft a fantasy world together. Quests in games such as Dungeons and Dragons can span years and require the collaboration of all the players actively participating in the unfolding events, which can be literally almost anything from rediscovering lost civilizations to creating their own cartel. In these games, you gain the opportunity to think like your character and engage with a fantasy world through their lens. Collaborative board games, such as Once Upon a Time and Fiasco, allow team players to make the story up as they go along. These games expand your ability to remain flexible in the present moment and unhinge your creativity since the possibilities are endless.

Creating your own story to go along with an image can make the tale in your imagination become sharper, more distinct, and coherent. Using a picture prompt, allow your imagination to create a story about characters, a scene, or the landscape. Using a visual cue to fill in the rest of the details gives your imagination a starting point but leaves you to provide meaning. To really stimulate your mind, try incorporating sensory details into your story. Use words to describe to the reader the sights, smells, tastes, and noises of the picture. Be graphic in your descriptions to make someone feel they’ve entered the picture themselves.

Best case scenario and worst case scenario: can you let your mind envision both? During the day, mentally map out the best possible outcome, most realistic outcome, most absurd outcome, and worst outcome. This approach helps your mind to move in different directions using the same focused stimuli. You become better able to stretch your power of vision when you move your visualization in a bunch of different directions from the same vantage point. You can also practice moving your thoughts upside down, inside out, backwards. This mental game stimulations your visual perception and encourages you to think outside the box – or maybe even without one!

A good habit to develop for boosting creativity is asking 3 unanswerable questions every day. It is easy to forget that not all questions must have answers, and they are still relevant and worthy of being asked even if the answer is only going to be imaginary or subjective. These questions can range from “What will my life look like in 10 years?,” stimulating a daydream, or entertaining like “How would Spiderman handle this situation?” Breaking out of the conditioning that every question must have an answer aids you in expanding your sense of wonder. “What if my boss was an alien?” ; “If I were a worm, what would I do with my day?” ; “How will life change if I grow a tail?” Let your mind go and see what bizarre questions pop up, then have the courage to follow that train of thought. Pay attention to the visual story in your mind and the narrative that goes along with it.

Practicing looking at pictures with negative space helps you to visually perceive in a different way. The negative space will highlight certain shapes, while making other spaces not appear as readily to the eye. It is only through a shift in visual perception that you’re able to see the myriad forms within an image. A classic example of this is two black silhouettes looking at each other that looks like a white vase. Initially the white catches your eye, but when you focus on the negative space the silhouettes emerge. Optic illusions also can make things appear visually different than they are in reality. Gazing at these shifts your perception and will heighten your visualization abilities.

Rangoli is a type of Indian Folk Art that uses nature to create geometric patterns for decoration and spiritual purposes. One form of Rangoli is Kolam, which focuses on symmetry and precision. You can create intricate and complex patterns without ever having to lift the brush. Often dots are put on a grid and then connected using different patterns that create geometrical figures. Different types of Kolam can be useful to enhance visualization; Sikku Kolom is meant to generate ideas when problem solving and Neli Kolam aids in building concentration, visual memory, and strengthening imagination. You can find videos on Youtube to help you get started like this one here.