Canticle of the Sun by St. Francis of Assisi 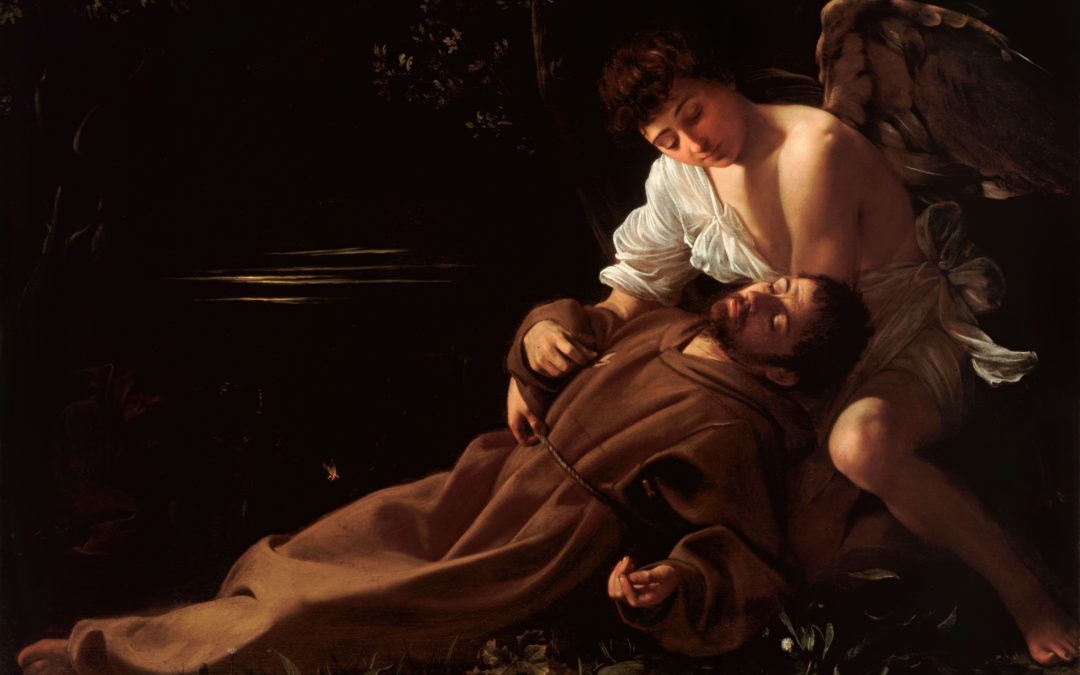 Most High, all powerful, good Lord,
Yours are the praises, the glory, the honor,
and all blessing.

To You alone, Most High, do they belong,
and no man is worthy to mention Your name.

Be praised, my Lord, through all your creatures,
especially through my lord Brother Sun,
who brings the day; and you give light through him.
And he is beautiful and radiant in all his splendor!
Of you, Most High, he bears the likeness.

Praise be You, my Lord, through Sister Moon
and the stars, in heaven you formed them
clear and precious and beautiful.

Praised be You, my Lord, through Brother Wind,
and through the air, cloudy and serene,
and every kind of weather through which
You give sustenance to Your creatures.

Praised be You, my Lord, through Sister Water,
which is very useful and humble and precious and chaste.

Praised be You, my Lord, through Brother Fire,
through whom you light the night and he is beautiful
and playful and robust and strong.

Praised be You, my Lord, through Sister Mother Earth,
who sustains us and governs us and who produces
varied fruits with colored flowers and herbs.

Praised be You, my Lord,
through those who give pardon for Your love,
and bear infirmity and tribulation.

Blessed are those who endure in peace
for by You, Most High, they shall be crowned.

Praised be You, my Lord,
through our Sister Bodily Death,
from whom no living man can escape.

Woe to those who die in mortal sin.
Blessed are those whom death will
find in Your most holy will,
for the second death shall do them no harm.

Praise and bless my Lord,
and give Him thanks
and serve Him with great humility.
St Francis of Assisi (1224)

My Contemplations on St. Francis

I’m not really religious in the traditional way, but since St Francis is a mystic of the highest order I made this compilation with great joy and reverence towards this aspect of christianity. I guess I could be called a spiritual person, which is in fact what many of my friends call me, but in my own heart I’m rather just what I am without definition or embellishment.

I guess the ones that I can identify mostly with in this world and through history are the mystics and the buddhas, hence this video and the direction of iPerceptive and Nirvanic Insights. St Francis was a great light and I’m happy to have made this for others to see! You don’t have to be religious like that, just open to the full possibilities of the expressions of consciousness. It is a truly marvelous gift. Don’t you think?