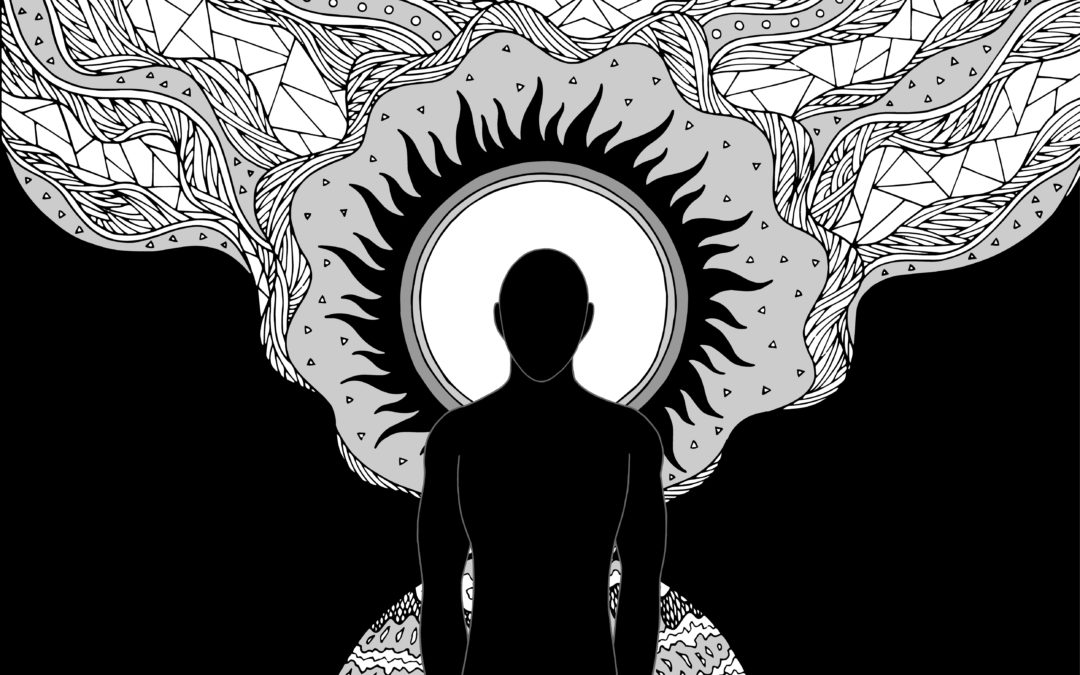 “The Dao is called the Great Mother, empty yet inexhaustible it gives birth to infinite worlds.”
Lao Tzu

As I’ve previously mentioned and as I deem it worthy to mention it again is the living truth that you can never see yourself with separate eyes. Your consciousness is the eye of the supreme, and to try to see it with your separate identity mind is similar to planting fruit seeds in an arid desert. It cannot be done and nothing will grow from that endeavour, except for the realization of the futility of it. You cannot see yourself with separate eyes. You can only see yourself if you have become dissolved in the eyes of God.

God is not an entity, or a process. He is unfathomable, in fact, why call him God? This is indeed something I sometimes ask myself. Perhaps equating consciousness as God is counter-productive, especially when considering the history and baggage of the word itself.

That being said, God is also useful as one can easily connect and equate that word with a “perfect being”, and consciousness is indeed such a perfect “beingness”. Existence in its primordial form is formless, immaculate, unfathomable and ever nourishing to all existence. It is not concerned with the mischievous games of the mind; as it is ever beyond all movement and phenomena. Nothing can in reality touch it, as I’m even writing about it, is itself a miracle. The only true goal of life is to dissolve in it, you must dissolve in it, disappear in its light if you wish to know yourself and experience total freedom.

This is paradoxically a way to actually fathom the Supreme Being or the ever-present awareness being that you are, but you can never fathom it as a separate self, hence why it is deemed unfathomable. That being said, even when you are dissolved in the Beingness, you will never lose the sense of mystery of its or your nature. A truly marvelous experience beyond anything else the phenomenal world can possibly offer.

”The mystical experience is a flight of the alone to the alone.”
Plotinus

“If you want to be free,
Get to know your real self.
It has no form, no appearance,
No root, no basis, no abode,
But is lively and buoyant.
It responds with versatile facility,
But its function cannot be located.
Therefore when you look for it,
You become further from it;
When you seek it,
You turn away from it all the more.”
Linji

“There was a door to which I found no key:
There was the veil through which I might not see.”
Omar Khayyam

“Reality is reality. It transcends every concept.”
Thich Nhat Hanh

“Only words and conventions can isolate us from the entirely undefinable something which is everything.”
Alan Watts

“Eternity is a child playing, playing checkers; the kingdom belongs to a child.”
Heraclitus

“The universe is wider than our views of it.”
Henry David Thoreau

“I am one who is honored, praised, and scornfully despised.
I am peace, and war has come because of me.
I am alien and citizen.
I am the substance and one without substance.
Those unconnected to me are unfamiliar with me,
and those in my substance know me.
Those close to me are ignorant of me,
and those far away have known me.
On the day I am close to you, you are far,
and on the day I am far, I am close to you.”
Thunder, Perfect Mind (Gnostic Text)

“There is a thing inherent and natural,
Which existed before heaven and earth.
Motionless and fathomless,
It stands alone and never changes;
It pervades everywhere and never becomes exhausted.
It may be regarded as the Mother of the Universe.
I do not know its name. If I am forced to give it a name, I call it Tao, and I name it as supreme.”
Lao Tzu