The Dangers of Lucid Dreaming and Astral Projection 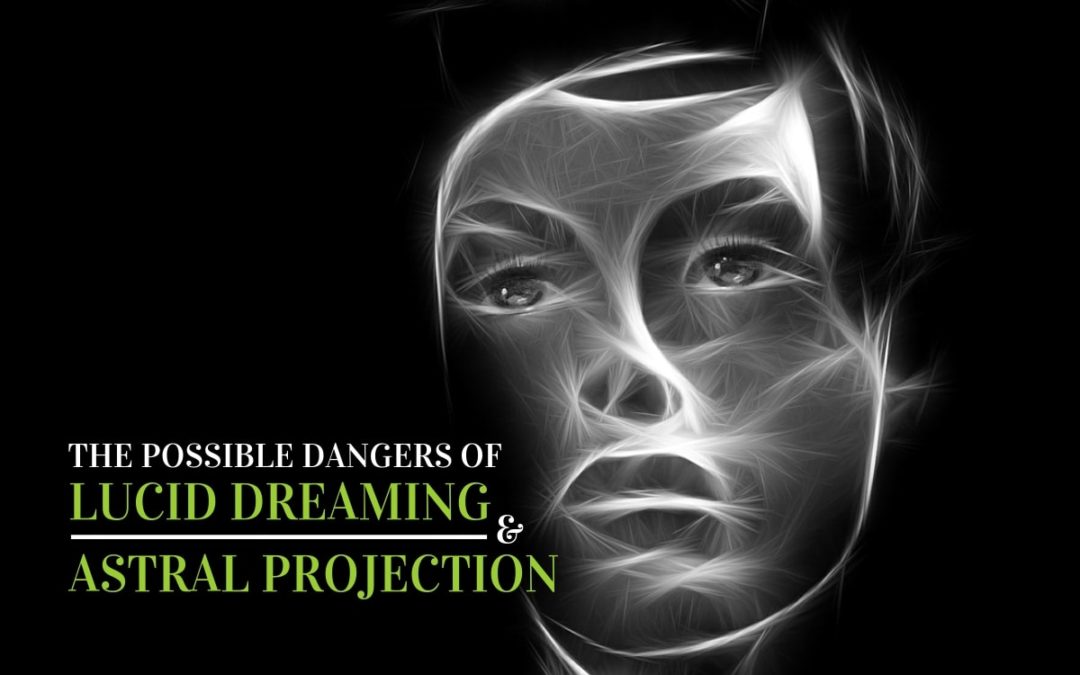 Humans are curious creatures, sometimes to our own detriment. The temptation of experiencing altered states of consciousness outweighs the associated risks for many of us. Still, we must at least be aware of those risks to make an informed decision. A safe way to approach dabbling in alternative consciousness is to think of it as taking drugs. It’s an interesting analogy, if for no other reason than taking certain drugs is one of the verified ways to induce an altered state Other induction methods, like lucid dreams and astral projection, carry similar risks to drug use.

Psychologists will tell you that anything can be addictive. All it takes is for the brain to recognize something as being rewarding. Drugs are famously linked to addiction because they exploit the brain’s chemicals directly, often resulting in a quick and intense compulsion to use again. Other behaviors take longer to form an addiction through repetition. The brain comes to rely upon the “boost” it gets from these activities, and it gets rather grumpy if they stop. This is withdrawal.

Inducing altered states of consciousness can be an incredibly rewarding experience. The brain recognizes this the same as it would any other “reward” and adapts accordingly. Luckily, most of our addictions don’t interfere with daily life. We can often drink coffee, perform routines, manage social media, play sports, and tend to many other addictive activities while still being functional human beings. There are exceptions, of course. The same can be said for practices like lucid dreaming and astral projection, so it’s best to stay on the lookout for any compulsions as they may arise.

Substance abuse is a bit of an ambiguous term, but it is generally defined by the presence of harmful behaviors related to substance use. A common example, though maybe not as obvious as things like violence or infidelity, is the tendency to use drugs to “escape” from day to day challenges. Lucid dreaming and astral projection have a high potential to be abused in this manner because they can provide a complete disconnection from the pressures of our daily lives. Abusing the ability to induce altered states of consciousness may eventually lead to the neglect of our responsibilities, including those related to family, social obligations, and even our own well-being.

The most serious risk associated with techniques like lucid dreaming and astral projection may be that they can disturb our sense of reality (Dresler et al., 2015). Most practitioners of these methods spend a considerable amount of time investigating the nature of reality and are usually somewhat prepared for the inherently alien nature of altered states. It is highly recommended that these techniques are not attempted without a significant amount of mental preparation.

Unfortunately, whether due to naivety, genetic predisposition, or bad luck, it is always possible to have a negative psychological reaction to experiencing an altered state of consciousness. We may begin to feel unfamiliar with our usual waking consciousness, especially when spending long and/or frequent periods of time in altered states. Latent mental disorders like depression, bipolar, or schizophrenia could even be triggered by the jarring nature of an altered experience.

In addition to the health threats that can arise from addiction, abuse, and psychological conditions, lucid dreaming and astral projection may pose their own specific risks to physical well-being.

Disordered sleep may be the most serious physical threat connected to lucid dreaming. Humans normally cycle through five stages of sleep at regular intervals. Dreaming can technically occur at any stage, but it is most commonly associated with one in particular. We refer to this as the rapid eye movement (REM) stage. The utilization of lucid dream induction techniques may disrupt our natural sleep cycles by extending our time spent in REM, threatening several aspects of our physical and psychological health.

Astral projection takes a significant amount of effort, both mentally and physically. Spending long and/or frequent amounts of time in an astral state may quickly deplete the body and mind. Several practitioners of astral projection have claimed that they experienced extended bouts of energy drain as a result of the experience. Some even went as far as to plead with people to not attempt the technique at all. Obviously, this is something to consider before trying to visit the astral plane.

Whether by drugs, lucid dreaming, astral projection, or any other technique, it is imperative that we understand the risks involved with accessing an altered state of consciousness. There is plenty of first-hand information available online (such as experience reports) that may reveal potential threats that we haven’t covered here. It’s best to consider many sources so that we can get a better overall impression of the potential hazards. Even if you believe that you know and accept the risks, taking the time to understand as much as possible about altered state induction techniques before attempting them will help you get the most out of the experience.