Was Epicurus an Atheist? 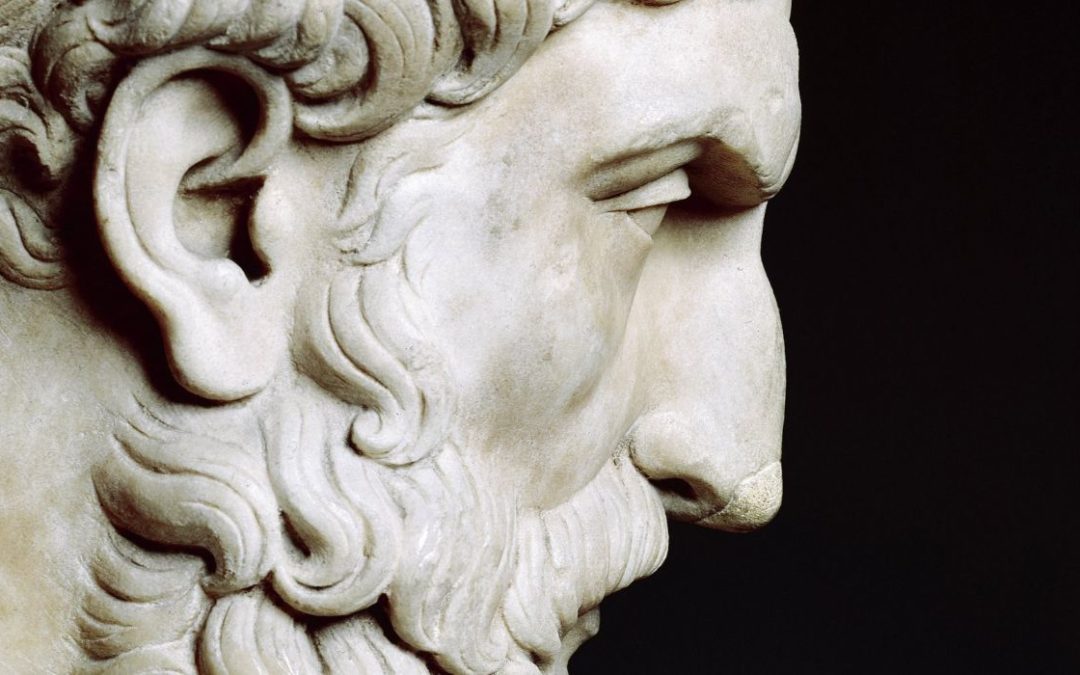 This is perhaps the most famous quote attributed to the ancient Greek philosopher Epicurus. Although most people believe that Epicurus said those words, it is not entirely certain that he did. This statement was attributed to Epicurus by Lactantius, a church father who lived in the 3-4th century.

Considering that set of circumstances, I’ve decided to ask and hopefully answer the question of whether it’s reasonable to regard the ancient Greek philosopher Epicurus as an atheist or not. To answer this I’ve selected some specific quotes and investigated the interplay of ethics and religion in his thoughts, as shared by the famous biographer Diogenes Laertius in the tenth book of his seminal work “Lives and Opinions of Eminent Philosophers”

In book ten of “Lives and Opinions of Eminent Philosophers“, there is a biography of Epicurus written by Diogenes in addition to three original letters attributed to Epicurus and last but not least a compilation of forty insightful sentences/maxims by Epicurus. The three letters and the maxims are concerned with his philosophy and worldview in three main subjects, namely ethics, natural philosophy and astronomy. So then let us begin and see what we can find!

First of all believe that god is a being immortal and blessed, even as the common idea of a god is engraved on men’s minds, and do not assign to him anything alien to his immortality or ill-suited to his blessedness: but believe about him everything that can uphold his blessedness and immortality. For gods there are, since the knowledge of them is by clear vision. But they are not such as the many believe them to be: for indeed they do not consistently represent them as they believe them to be. And the impious man is not he who denies the gods of the many, but he who attaches to the gods the beliefs of the many.
Epicurus in his Letter to Menoeceus (Translation by Cyril Bailey)

It is hard to declare someone an atheist when he or she clearly states that the gods exist, and that our knowledge of them is obvious. This is certainly the case with Epicurus, for he does not deny the divine and the gods, because according to him, they do in fact exist. Why? Well, because innumerable people, as well as the wise, have testified and spoken about their existence. However, when reading Epicurus it is easy to discern a different definition of what actually constitutes a deity. First and foremost, he thinks that most notions people have about what constitutes a god, are made-up and untrue. Epicurus believed that the gods of the common people were mostly mythical beings who obviously had human characteristics projected onto them through our own human imagination, and therefore they were not perfect and thus not gods.

A blessed and eternal being has no trouble himself and brings no trouble upon any other being; hence he is exempt from the movements of anger and partiality, for every such movement implies weakness.
Epicurus‘ first maxim of the 40 attributed to him by Diogenes Laertius

This general view of the gods was thus something that Epicurus strongly opposed, and it is evident in several passages in the epistles as well. Although the two great celebrated poets Homer and Hesiod are not mentioned in these letters, it is highly likely that it is these same gods that Epicurus more or less disputes. From this point of view, one could define Epicurus as an atheist or godless, but only in relation to his given time and place, and only because his understanding of the divine was incompatible with the majority’s notion of the divine. However, I believe that if you were to ask Epicurus himself, the situation was the opposite. The godless is not the one who abolishes the gods of the multitude, but rather the one who has applied to the true immortal gods the concept of the multitude. In other the masses were the one who were godless, not Epicurus.

This denial of the mythical gods is also expressed in the letters to Pythocles, though in a more indirect way, that is when he tries to explain various natural phenomena through strictly rational thinking instead of alluding to myth and the divine. This is most clear when he mentions the phenomena of thunder and lightning without making references to the supreme olympian god, Zeus.

Lightning too happens in a variety of ways. For when the clouds rub against each other and collide, that collocation of atoms which is the cause of fire generates lightning; or it may be due to the flashing forth from the clouds, by reason of winds, of particles capable of producing this brightness; or else it is squeezed out of the clouds when they have been condensed either by their own action or by that of the winds; or again, the light diffused from the stars may be enclosed in the clouds, then driven about by their motion and by that of the winds, and finally make its escape from the clouds; or light of the finest texture may be filtered through the clouds (whereby the clouds may be set on fire and thunder produced), and the motion of this light may make lightning; or it may arise from the combustion of wind brought about by the violence of its motion and the intensity of its compression; or, when the clouds are rent asunder by winds, and the atoms which generate fire are expelled, these likewise cause lightning to appear.
Epicurus in his letter to Pythocles

In a way the above passage disarms the olympian sky-god’s primary power by rationally explaining the natural phenomenon most associated with him. It may seem unimportant, but not to mention the thunder god Zeus in ancient Greece when in detail discussing these particular celestial phenomena was, to say the least, unusual.

Another captivating interpretation of Epicurus and his view of God is to regard his notion of God as merely metaphorical and abstract ideal for man’s pursuit of perfect happiness. So he uses the gods as a goal for people to be able to strive towards and elevate themselves to a certain divinity or as he puts it:

Meditate therefore on these things and things akin to them night and day by yourself, and with a companion like to yourself, and never shall you be disturbed waking or asleep, but you shall live like a god among men. For a man who lives among immortal blessings is not like to a mortal being.
Epicurus in his Letter to Menoeceus (Translation by Cyril Bailey)

The only thing that seems to separate the gods from this perfect human being is the lifespan. The gods are, as it has been expressed, indestructible and blissful, people can, according to Epicurus, achieve this bliss but eternal life is a whole nother matter. Having said that, in the 19th sentence/maxim of the forty attributed to Epicurus by Diogenes, Epicurus expresses something very interesting for a further development of this interpretation, where he proclaims:

Unlimited time and limited time afford an equal amount of pleasure, if we measure the limits of that pleasure by reason.
Epicurus‘ 19th maxim of the 40 attributed to him by Diogenes Laertius

Suddenly, the limitation of man ceases to be a limitation, as through and by reason one can in some way overcome the unforgiving hands of time and its influence over our life and final destiny.

Epicurus is a fascinating philosopher who, when it comes to his religious stance, can be interpreted in several ways. Although it is quite clear that he does not uphold the same classical Greek gods of the masses, he still had some form of belief or conviction in the divine. Or did he? Because even this interpretation can in turn be challenged by adopting the perspective that the gods only served as metaphorical ideals for man’s search for happiness and perfection. So what was Epicurus? Feel free to let me know what you think below!