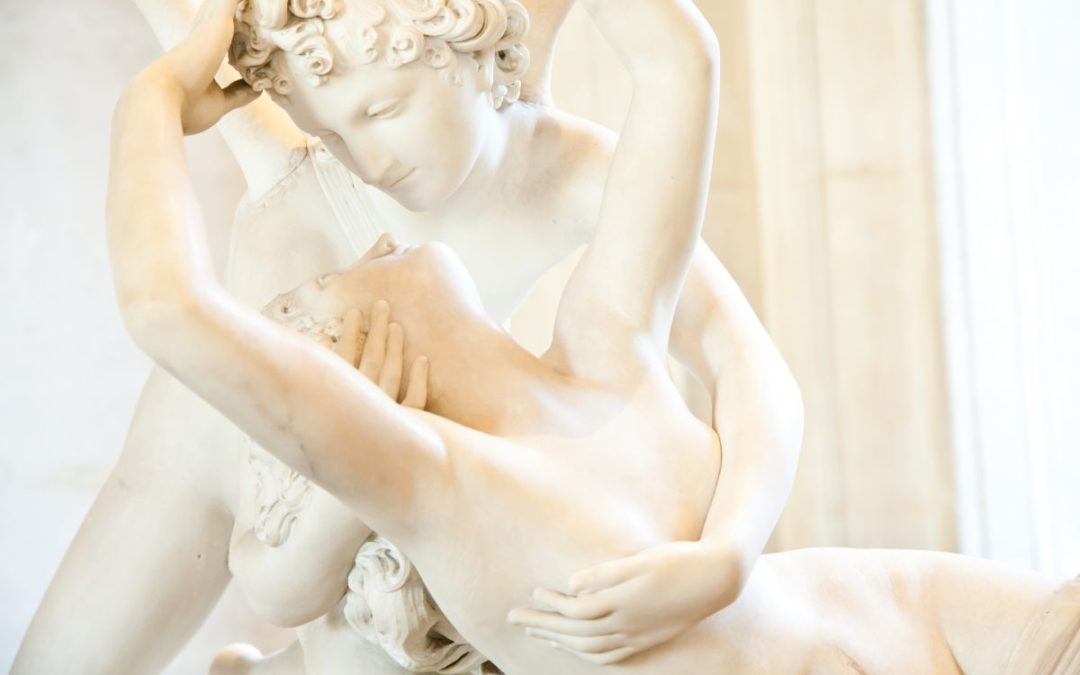 Fairy tales have been described as being quintessentially love-focused narrative. After all, they usually have a happy ending, right? Let’s take a look at the following stories to see where this tale-type originated. We’ll also see how they show the power of love, and speak about the pain of love unrequited.

Oh, and by the way—we’ll also be retelling the literary version of the tale, and not any sanguine cartoon recastings. 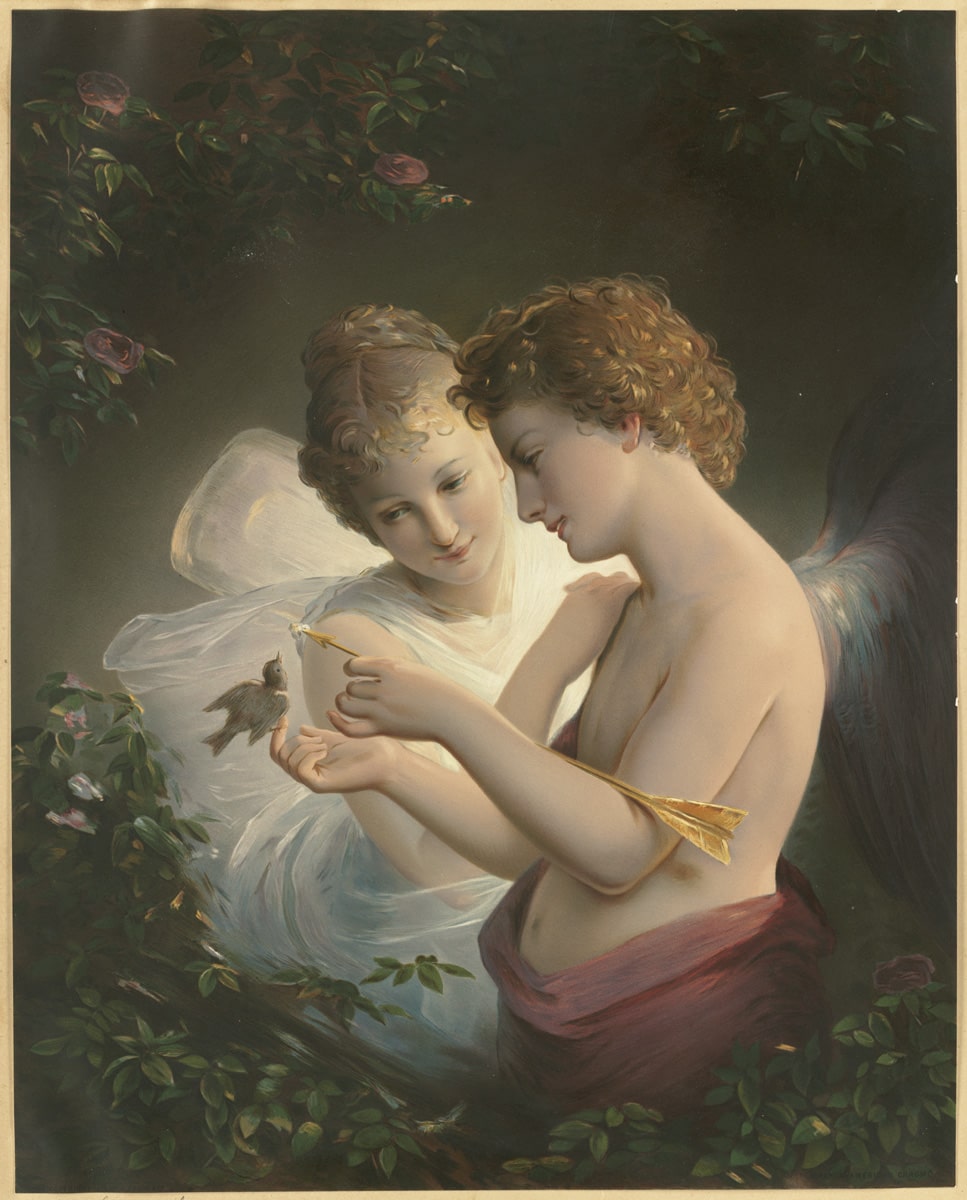 This Greek myth is the original story of love lost…and found again, and has inspired countless fairy tales from Cinderella to (basically) ever romance you’ve seen or read. The story goes like this:

There once was a beautiful princess named Psyche who made Aphrodite (the goddess of love) jealous. Aphrodite sent her son Cupid to shoot the young girl with one of his arrows, so she would fall in love with a hideous beast. Wouldn’t you know it, but Cupid pricked himself and fell in love.

He swept Psyche away to his paradise-like abode, with one stipulation: she must never look upon him. Psyche’s sisters were jealous, and they convinced her to take a peak. She did, and fell madly in love with the sleeping Cupid—but awakened him with trembling hands that spilled oil from her lamp. Cupid had to keep his word: he fled, leaving Psyche behind.

Psyche was then put through some serious challenges by a still-jealous Aphrodite. But somehow, Cupid found her while she was sleeping and swept her off to the abode of the gods, where he gave her the ambrosia of immortality; they got married and lived happily ever after.

The story (as mentioned) is considered one of the original love stories or comedies (basically a play with a happy ending). It has also been touted as an allegory for everything from the union of body and soul (notably by Medieval theologians) to ideas in feminist discourse and modern psychology.

Beauty and the Beast 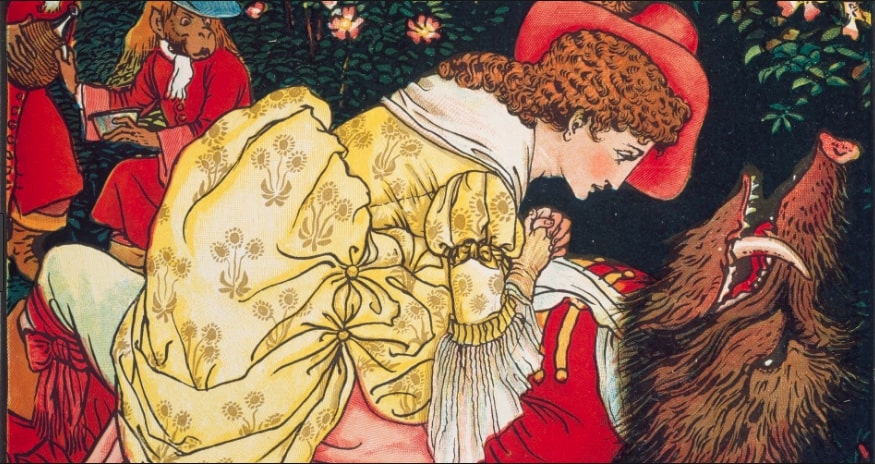 This is a 17th-century French tale with some previous precedents around the world, popularized by a 1991 Disney Cartoon. It’s the story of how love can inspire transformation and motivate personal self-sacrifice—but the original is pretty different than the Disney movie.

A merchant in dire financial straits goes to meet one of his cargo ships, only to discover his goods have been seized to repay debts. Despondent, he returns home—but on the way spends the night in a seemingly empty, magical castle.

Before he leaves, he plucks a rose to bring back to his daughter, Beauty. A terrible-looking Beast (the owner of the castle) confronts him for his theft, but agrees to let him go if he brings back a daughter to marry.

Beauty agrees to go, but of course is repulsed by the beast, who makes frequent advances. Beauty starts having strange dreams about a beautiful stranger whom she falls in love with. She becomes convinced that the stranger is being held captive by the Beast, and begins to hunt for him around the castle.

The Beast allows Beauty to return home for a sister’s wedding, but stipulates she must return. Beauty’s family convinces her to stay a little longer, but then she has a dream that the beast is dying.

She quickly returns to the castle because she realizes she has come to love the Beast. Once she arrives, her dream is confirmed: the Beast is dying. Beauty rushes to save him with some refreshing water and agrees to marry him. The next morning, she wakes up to find that the Beast has transformed into the beautiful stranger from her dream.

Some scholars (such as Maria Tatar) have proposed that the tale was meant to inculcate a sort of resigned acceptance of arranged marriages…promoting the notion that love would eventually develop even if it had not previously existed. Others view the tale as an expression of the growth of true love, and that love is not based on physical appearances alone. 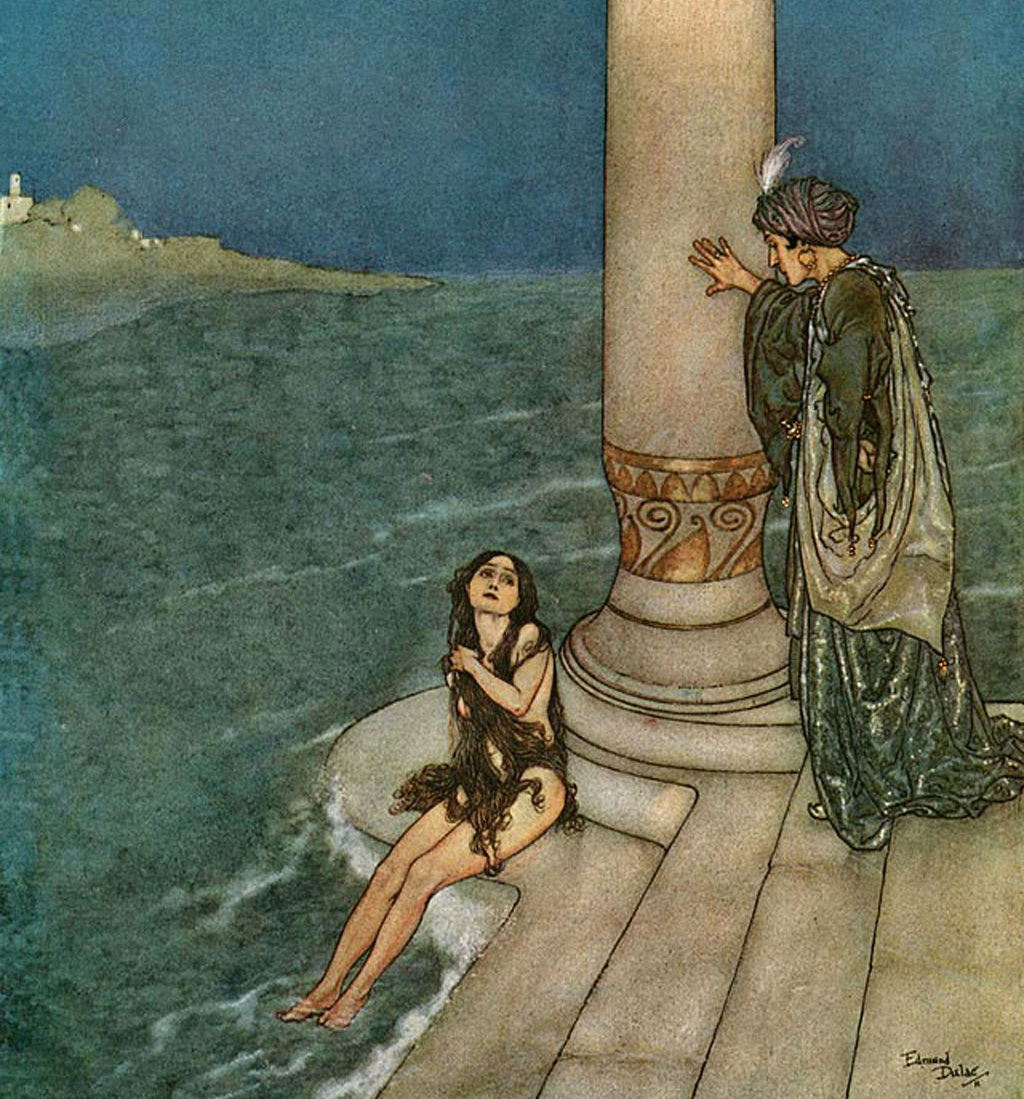 What would you do for love? According to metal band Meatloaf, anything but that. Or maybe you would do that…whatever that is.

The story of “The Little Mermaid” by Hans Christian Andersen is a tale that shows us how far one might really go to quench the burning fires in the heart—and it ends a little differently than the Disney version (maybe more than a little).

The Little Mermaid lives with her father in castle under the sea (cue the singing crab). As part of a family ritual that involves checking out life above the water, she sees a handsome Prince having a birthday party on his boat and falls in love.

A storm comes and the Mermaid saves the Prince, bringing him to the shore. Unfortunately, the Prince doesn’t even see the Mermaid, and thinks he has been saved by the girls of a nearby temple. 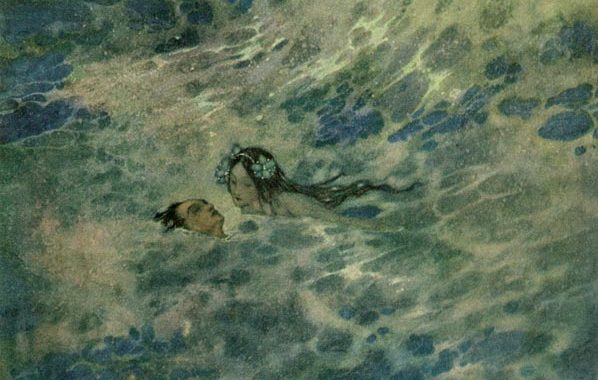 The Little Mermaid makes a dark agreement with the Sea Witch, in which she agrees to give up her beautiful voice in return for human legs—and with every step, her feet will painfully bleed.

So the Little Mermaid drinks the potion given to her and climbs ashore with those new legs. The Prince finds her and is enchanted with her beauty, despite the fact that she is mute. He asks her to dance a lot, which the Mermaid happily does, despite the pain.

Unfortunately the Prince decides to marry a princess from the temple by the seashore. The Little Mermaid’s heart breaks, but then her sisters show up offering another dark bargain from the Sea Witch. If the Little Mermaid will kill the prince with a magic dagger and let his blood run over her feet, she will be healed and can return to being a mermaid (you definitely did not see that in the Disney version).

But the Little Mermaid cannot kill the Prince she loves. She lets herself dissolve into seafoam, but to her surprise, she does fade away from the Universe—instead, she has become a daughter of the air, who can obtain an immortal soul if she does good deeds for 300 years; this is her reward for her selflessness.

Critics have spilled much ink over the ending to the tale (debating, among things, it’s level of disturbing-ness). Like many of H.C. Anderson’s works, it’s multi-layered, allegorical, and a little bit on the macabre side. But at the same time, whereas tales like “Beauty and Beast” and “Cupid and Psyche” have happy endings of marriage, “The Little Mermaid” offers us a different view: one of unrequited love and its persistent power.