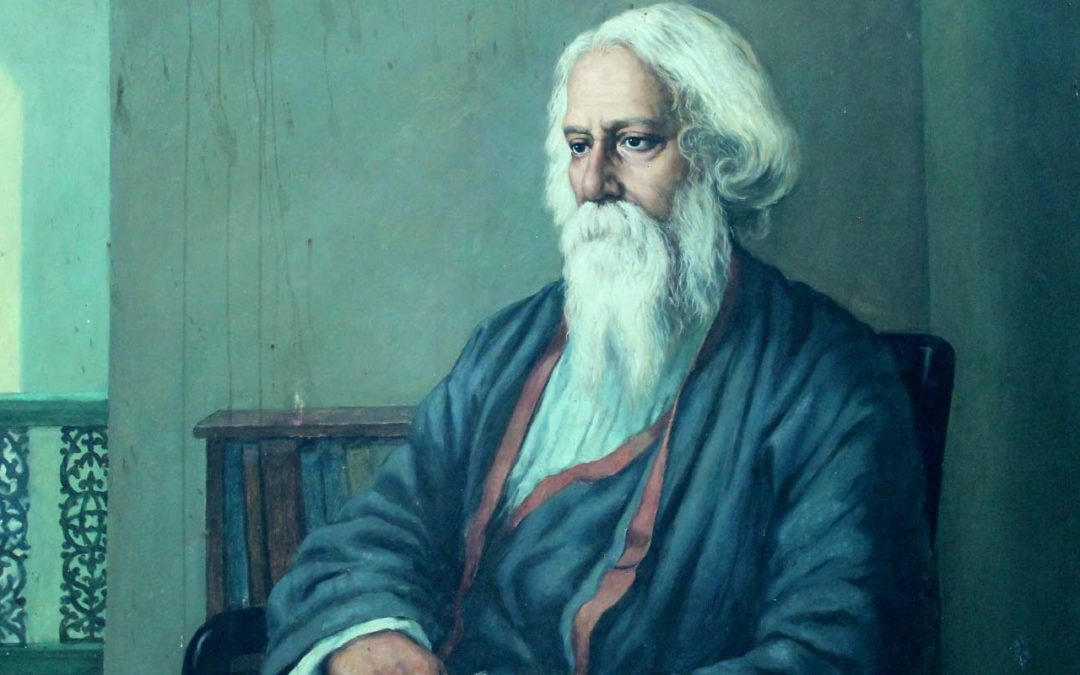 Rabindranath Tagore (1861-1941) was a Bengali philosopher, poet and author. He won the Nobel Prize in Literature 1913 for Gitanjali. Born in 1861 to an influential family in Calcutta, he grew up as the youngest of fourteen siblings.

LET ONLY THAT little be left of me whereby I may name thee my all.

The night is black as a black stone. Let not the hours pass by in the dark. Kindle the lamp of love with thy life.

And because I love this life, I know I shall love death as well.

HE CAME AND sat by my side but I woke not. What a cursed sleep it was, O miserable me!
He came when the night was still; he had his harp in his hands, and my dreams became resonant with its melodies.
Alas, why are my nights all thus lost? Ah, why do I ever miss his sight whose breath touches my sleep?

When old words die out on the tongue, new melodies break forth from the heart; and where the old tracks are lost, new country is revealed with its wonders.

Oh my only friend, my best beloved, the gates are open in my house – do not pass by like a dream.

My debts are large, my failures great, my shame secret and heavy; yet I come to ask for my good, I quake in fear lest my prayer be granted.

I thought that my invincible power would hold the world captive, leaving me in a freedom undisturbed. Thus night and day I worked at the chain with huge fires and cruel hard strokes. When at last the work was done and the links were complete and unbreakable, I found that it held me in its grip.

Where the mind is without fear and the head is held high
Where knowledge is free
Where the world has not been broken up into fragments
By narrow domestic walls
Where words come out from the depth of truth
Where tireless striving stretches its arms towards perfection
Where the clear stream of reason has not lost its way
Into the dreary desert sand of dead habit
Where the mind is led forward by thee
Into ever-widening thought and action
Into that heaven of freedom, my Father, let my country awake.