The Story of Leto and Her Children Escaping from Hera 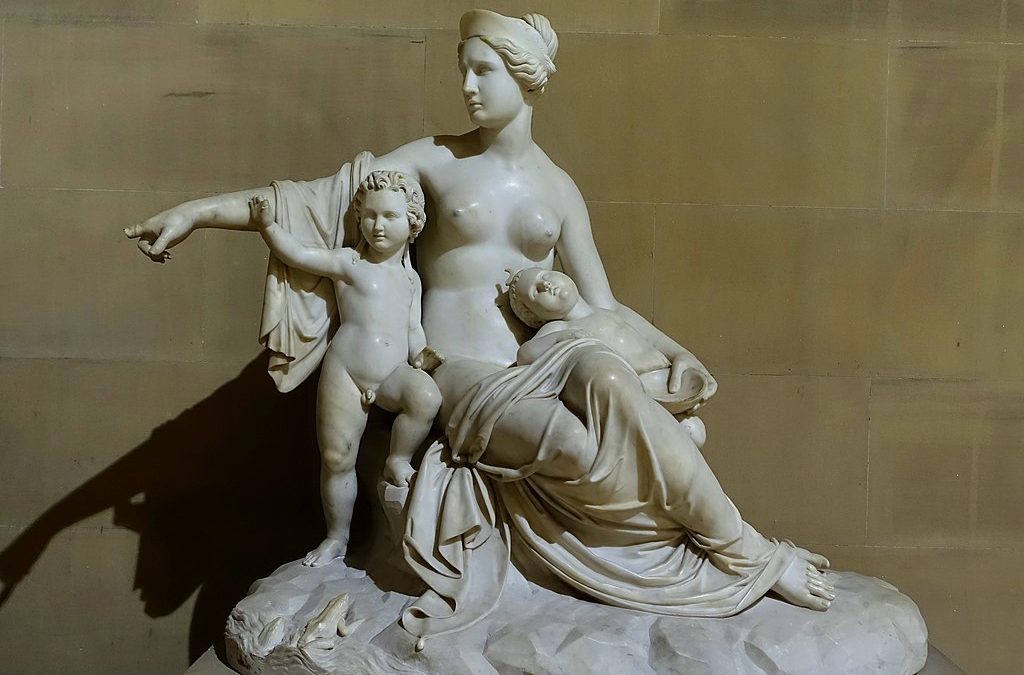 When the sky-god Zeus declared his love to the beautiful Leto, Hera the wife of Zeus was filled with hatred towards Leto. Hera chased her across distant lands and nowhere did she find any safe refuge. At last Leto arrived to the small unanchored island of Delos, an island that floated around hither and thither in an unstable manner around the Aegean sea. When Leto arrived, Zeus decided to anchor the island to the bottom of the sea with two enormous iron chains. It was on Delos that Leto had her two children, Apollo and Artemis. All the gods and goddesses were ecstatic over the birth of the divine children and were mesmerized by their extraordinary beauty. It was only Hera that was embittered in her zealous jealousy as she incessantly attempted to torture Leto.

One day Hera found herself on the island Delos face to face with Leto, she ordered her to leave the island or she would murder both her and her children. So Leto did leave with her own two children, carrying them on both her shoulders, travelling across lands searching for a sanctuary and refuge. This was in vain because the all the humans were terrified by the wrath of the goddess Hera. At last Leto arrived to the land of Caria, exhausted and famished she sat beside the edge of a lake in order to have a drink of the water. Just as bowed down and would take a sip she was interrupted by the appearance of an angry mob of farmers who forbade her to drink. She asked please just a little bit to moisten her lips and her children’s, but the humans were stubborn. When she bowed down once again for another attempt they threatened to kill her and her children. Not only that, as last measures, they started throwing rocks and dirt into the crystal clear lake and thus polluted it. This angered Leto deeply, so much so that she raised her hands to the sky and begged and pleaded to Zeus:

Now, Zeus, hear my prayer and punish these humans for their flagrancy. May they forever live in this filthy mud and mire.

Zeus heard her prayers and in that very same moment the humans were transformed into frogs, running around the lakes dirty water, and to this very day do frogs live in dirty cesspools, cawing and cackling with their repulsive sounds. Leto’s curse over the mean humans was fulfilled.