What are Machine-Elves That Can be Found in DMT? 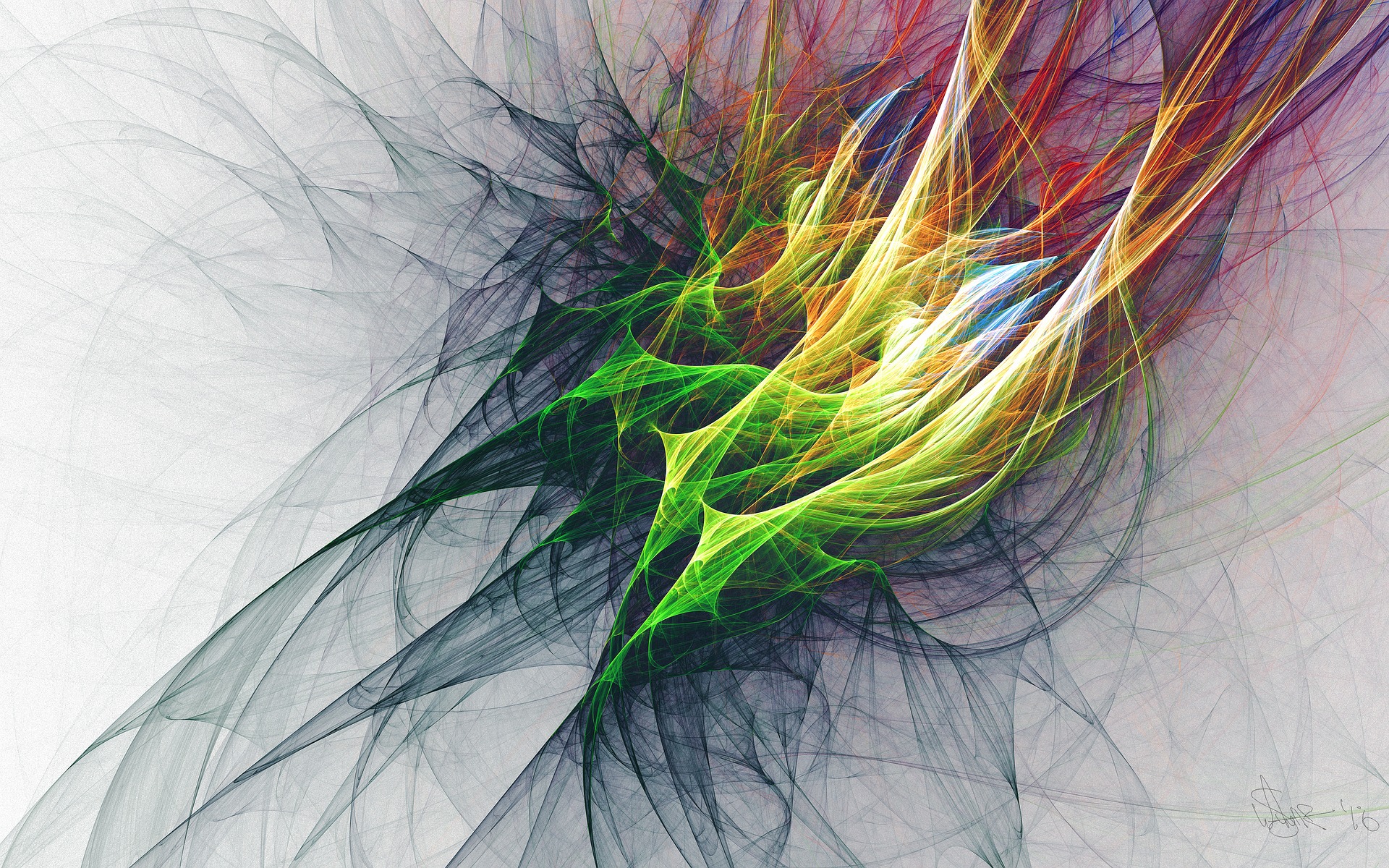 Machine elves are hyper-dimesional sentient beings that love to play with whomever they can play with in their realm. If you as a human being decide to enter their realm, they will most likely want to play with you. If you carry with you tons of personal identity and psychological/ego attachments, they will probably strip you naked and unveil something which you may or may not be ready to witness.

These supra dimensional elves are sentient beings just like you, me, the dog barking, the cat meowing. They also have a sense of I, the primordial I-thought that all physical sentient beings have in this world and all other worlds for that matter.

Some people call these elves good, others call them neutral while a few ones call them evil.

What are they really? These intelligent other-worldly beings that communicate with you when you’ve smoked a puff or two of DMT.

The short answer is that, what these machine-elves essentially are is up for grabs. They could be highly-intelligent sentient beings living simultaneously in our universe though in more subtle or parallel dimensions, or they could be our ancestors living in some kind of ecology of souls. Heck they could also be the full capacity of the human imagination manifested into sensory reality.

Is it the one or the other? Perhaps the machine-elves are all these three at the same time. Most people who are conditioned under today’s materialistic paradigm would probably argue for the latter, i.e. the machine elves are but creations of the human mind and imagination.

I for one, have decided to suspend my judgement. Some days I lean towards more rational explanations whilst other days I just fall back into the mode of “the universe is stranger than we can suppose”.

If we would entertain the possibility that machine elves are other beings outside of our own mind, then they would also be subject based. As all individual beings are subject-based, and if you’re communicating from your own subjective position to their subjective position. Well, then they are intelligent as well.

In other words, all phenomenal perceiving needs a subject to be there.

The elves may permeate reality, as they claim, but it is unlikely that they are the source of the Universe or the Dao. The Dao is derived from the Supreme Being, which isn’t an individual entity but more like an unborn field of pure intelligence, which is weightless and formless that permeates all that exists and all that is beyond manifestation. This Supreme Being is the substrate of consciousness, in its essential and purest state. The Gnostics called this ultimate reality the “Invisible Virgin Spirit” while mystics like Jacob Böhme called it the Ungrund, or the ground without an ground.

Why did I mention this? Well I’m just playing with different possibilities, I suspect that if these elves are sufficiently spiritually advanced that they may also have recognized this indescribable truth and light of the cosmos, like the mystics and Buddhas of this world have done.

Emptiness (sunyata) and silence is the foundation of all experience, and I suspect that these machine-elves may also have learnt this, and perhaps this is one of the reasons why they wish to play with us in their hyper-dimensional playgrounds.

Excerpt from a talk by Terence McKenna in 1993

I remember the very, very first time that I smoked DMT. It was sort of a benchmark, you might say, and I remember that this friend of mine that always got there first visited me with this little glass pipe and this stuff which looked like orange mothballs. And since I was a graduate of Dr. Hofmann’s, I figured there were no surprises. So the only question I asked is, ‘How long does it last?’ and he said, ‘About five minutes.’ So I did it and… [long pause, audience cheers] there was a something, like a flower, like a chrysanthemum in orange and yellow that was sort of spinning, spinning, and then it was like I was pushed from behind and I fell through the chrysanthemum into another place that didn’t seem like a state of mind, it seemed like another place. And what was going on in this place aside from the tastefully soffited indirect lighting, and the crawling geometric hallucinations along the domed walls, what was happening was that there were a lot of ahh.. beings in there, what I call self-transforming machine elves. Sort of like jewelled basketballs all dribbling their way toward me. And if they’d had faces they would have been grinning, but they didn’t have faces. And they assured me that they loved me and they told me not to be amazed; not to give way to astonishment. And so I watched them, even though I wondered if maybe I hadn’t really done it this time, and what they were doing was they were making objects come into existence by singing them into existence. Objects which looked like Fabergé eggs from Mars morphing themselves with Mandaean alphabetical structures. They looked like the concrescence of linguistic intentionality put through a kind of hyper-dimensional transform into three-dimensional space. And these little machines offered themselves to me. And I realized when I looked at them that if I could bring just one of these little trinkets back, nothing would ever be quite the same again. And I wondered, Where Am I? And What Is Going On? It occurred to me that these must be holographic viral projections from an autonomous continuum that was somehow intersecting my own, and then I thought a more elegant explanation would be to take it at face value and realize that I had broken into an ecology of souls. And that somehow I was getting a peek over the other side. Somehow I was finding out that thing that you cheerfully assume you can’t find out. But it felt like I was finding out. And it felt.. and then I can’t remember what it felt like because the little self-transforming tykes interrupted me and said, “Don’t think about it. Don’t think about who we are… Think about doing what we’re doing. Do it! Do it! DO IT NOW!!!”
And what they meant was use your voice to make an object. And as I understood, I felt a bubble kind of grow inside of me. And I watched these little elf tykes jumping in and out of my chest; they like to do that to reassure you. And they said, “Do it.” And I felt language rise up in me that was unhooked from english, and I began to speak…

In this video above I found a fascinating first-hand account of what happened to this young man in a DMT trip. According to him he made direct contact with these entities, which he calls machine elves or perhaps more correctly his ancestors. Moreover they revealed to him how they permeate reality and the whole universe. Which is interesting to say the least.

Another highly interesting thing the machine elves told him was that all our lives were but memories of these highly-intelligent transcended beings.

Now what could that mean?

That we’re the memories of these highly-intelligent beings. Is it a deterministic perspective? In that case, what room is there for destiny? Hell we’ve going deep into the rabbit hole now, maybe I should slow down.

My words of wisdom to you would be to be open to all possibilities and don’t be married to a perspective or a paradigm. Moreover don’t take anything at face value, not even these peculiar words written by this fella (me) you’ve never met and probably never will, except if you look within and find that we’re relying on the same substrate I mentioned earlier. Oh damn, back into the rabbit hole aren’t we. Nonetheless always confirm what life throws at you with and through the felt presence of direct experience.

So where we’re we? Oh yes, what are machine elves? Are they intelligent entities existing in parallel dimensions to our own or are they the human imagination unleashed to its utmost potential?

Some even claim that they are demons, evil beings that are here to sabotage life by creating chaos.

The most honest answer would be we don’t know what they are, and to label and believe them as evil is essentially creating an enemy of someone or something before you’ve even had the chance of meeting them. And that isn’t the wisest thing to do is it?

Rather I suggest we should be open and awake to life’s infinite expressions yet still critical minded and rational enough to form adequate conclusions.

If you have your own ideas to share about the machine-elves, feel free to do so below.