A Brief History of How Magic Developed in Modern Europe 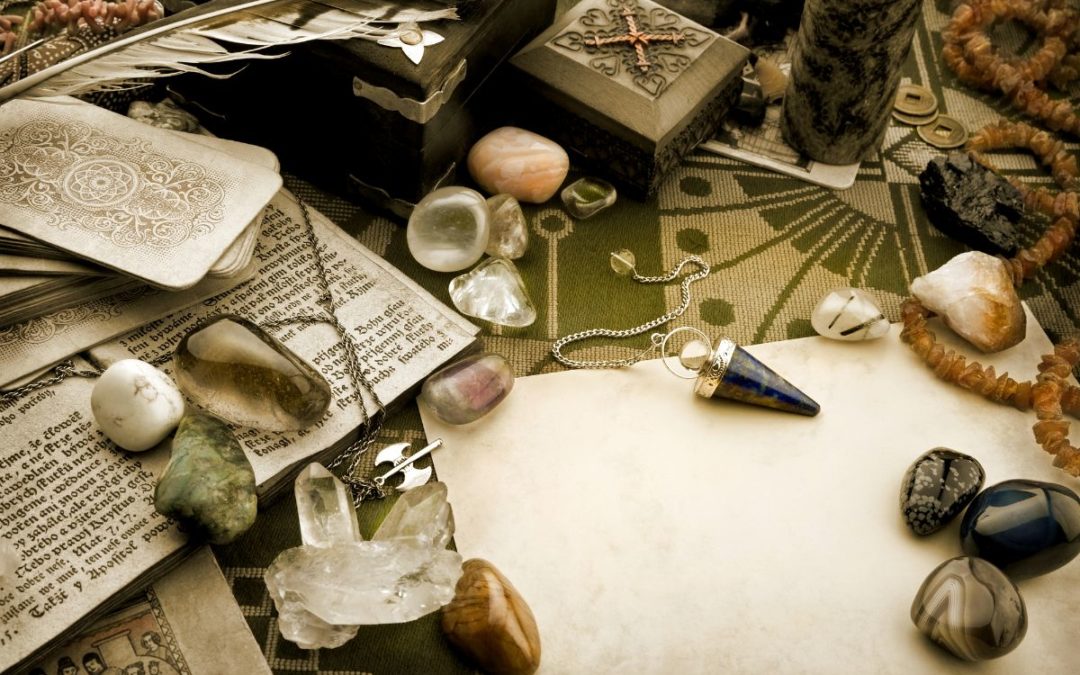 How did the concept or practice of magic really begin in the West? We know for example that the religion of the ancient Egyptians was in some regards indistinguishable from certain definitions we have of magic, especially ritual magic. But how did magic begin in Europe? Though there are many antecedents of magical practice prior to early European modern history, in this article I’ve decided to do an overview of important exemplary events that can be considered to be a integral to the development of magic in early European modern history.

The renaissance and translation of ancient texts

Now if we had to pinpoint the beginnings of magic to one crucial historical event, the translations of the famous Italian Marsilio Ficino (1433 – 1499) is definitely one of the best starting points. Ficino was responsible for translating a handful of ancient wisdom texts, ranging from the Enneads of Plotinus to the Hermetic corpus which most notably featured the mystic sage Hermes Trismegistus. Moreover these mystical and metaphysical ideas had an considerable impact upon certain learned circles in Europe during the 15-16th century onward. The content of these texts was, among other things, complex metaphysical descriptions and theories about the nature of the universe. This in turn, became a breeding ground for more varied understandings of what magic entailed and how it could be practiced.

For example from the Neo-Platonic worldview that was derived from the Enneads, the powerful idea of ​​how nature is some sort of a interconnected hierarchy of spiritual perfection became influential. This intimate and mystical understanding gave rise to many individuals, philosophers and “magicians” speculating that the different parts of this hierarchy could communicate with each other, which was a precondition to the concept of magic as we know it today.

Another concrete example that shows how early modern magic could be performed is through the work of the German Benedictine abbot Johannes Trithemius (1462 – 1516). The goal with his magic was to summon benevolent spirits, and the most notable tool which he used were crystals, he believed that these would act as a kind of container of the good spirit. This is starting to sound quite close to what we consider to be magic right?

A third example from which we can learn more about how magic was viewed and to a certain extent how it was practiced in early modern times, is to look at how magicians were viewed by the environment and society in which they lived in. During the 16th century the dominant understanding among the masses of what magic meant was that it was a kind of invocation of spiritual and supernatural beings, mostly of an evil nature. Three prominent magicians spring to mind, namely Agrippa, Paracelsus and Faust who were accused of this “dark magic”.

Faust was accused of black magic when he was described in a publication in 1587 having made a pact and negotiated with Satan.

Around 50 years later, in the year 1631, we have an example from an English publication of how Paracelsus and Agrippa are accused of magic abuse.

”An English pamphlet written in 1631 by a Buckinghamshire parson attacking the concept of the weapon-salve, a sympathetic magic technique attributed to Paracelsus whereby wounds were healed by treating the offending weapon with the patient’s blood, became a wider attack on the two occult philosophers.”[1]

Magic in the 19th century

If we jump forwards a few hundred years to the year 1887, then we can find a good example of what modern ritual magic could look like from the practices and teachings found in the organization The Hermetic Order of the Dawn. One of the main goals of their ritual magic, like the Rosicrucians before them, was to elevate the soul from the phenomenal world to the true reality. In other words, spiritual enlightenment was the prime goal of their magical practice. Their ritual magic consisted of techniques such as complex visualizations and symbolization based on how the tree of life, i.e. the Sefirot in the Kabbalistic system looked like, and subsequently how imagination and thought could be harmonized with it.

Yet another illustrative example of modern ritual magic from the second half of the 19th century can be found in the texts and ideas of the father of sexual magic, Paschal Beverly Randolph (1825 – 1875). Paschal believed that through sexual acts, man could increase himself to spiritual and magical enlightenment. In one of his best-known works, Eulis!, he clearly states his views on the relationship of sexuality with the soul,

”Sex is a thing of soul; most people think it but a mere matter of earthly form and physical structure. True, there are some unsexed souls; some no sex at all, and others still claiming one gender, and manifesting its exact opposite. But its laws, offices, utilities, and its deeper and diviner meanings are sealed books to all but about two in a million; yet they ought to have the attentive study of every rational human being, every aspirant to immortality beyond the grave”[2]

This attitude towards sexuality was quite daring and rare especially when you take into consideration how society looked like and the predominant values and customs ​​that were in circulation during the late 1800s.

The history of magic is a fascinating topic. In this article I decided to pick a few isolated events that could be seen as examples of magic and magical practice in early modern times onward.