An Introduction to Mindfulness Meditation 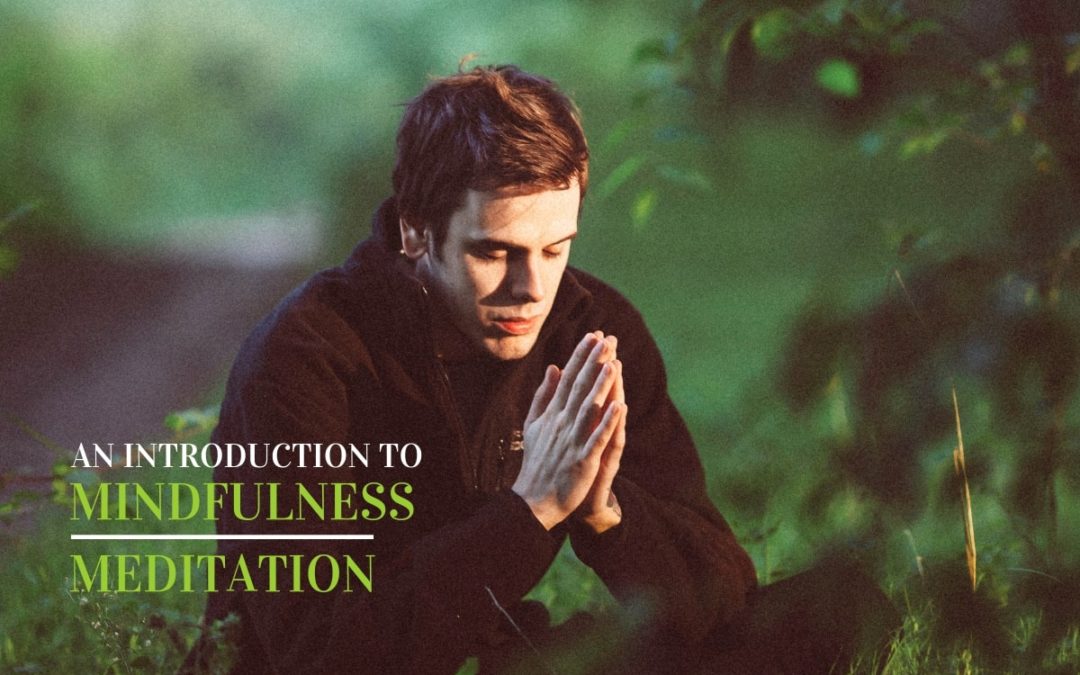 People often look at mindful meditation as a New Age spiritual technique, when it is actually rooted in traditional Buddhist philosophy. Not that this really matters. Many Eastern beliefs tend to get lumped in with new methods in the eyes of the West anyway. As a result, mindful meditation is commonly dismissed as being too esoteric for general use. This perspective is a side effect of our aversion to the unfamiliar, and it is costing many people the opportunity to live a more content life.

If you bring up mindfulness as a conversation topic, some people will invariably respond as if you’re speaking an alien language. There’s something about the wording that makes them shut down like they’re wearing an armor that’s impenetrable to this single idea. But if you ask the same people about living in the moment, they’ll usually stay on board. The thing is, being mindful and living in the moment are the same concept.

Mindfulness refers to being aware of existence as it unfolds in the moment. It requires a disconnection the past and future. Memory and prediction are enemies of the mindful. Anything that is not relative to the immediate present is a distraction from the mindful moment. This doesn’t mean that we should ignore the lessons we learn from past experiences, or that planning and preparation are useless endeavors. The issue lies in becoming ignorant of the present.

Truth is in the Moment

In addition to being a distraction from the now, the past and future are problematic because they are rarely accurate representations of our experiences. Let’s look at the past first. We relate to the past mostly through memories. Despite having an impressive means of encoding and storage, it is a fact that the brain is prone to error and deterioration. Our memories are subject to the same destructive forces. As time passes, the experiences we remember become less like those we lived.

The future is even more volatile of a concept than the past. We literally cannot know the future. Some things can be highly predictable, but nothing is a guarantee until it happens. Prediction and planning are two invaluable skills that have played key evolutionary roles. It’s not something we should abandon. We do, however, need to keep the variable nature of the future in perspective, or it can seriously cloud our ability to interact with the present. As sure as the past is distorted, the future is impossible to know with certainty. We can only be truly aware of the present.

The practice of meditation is as misunderstood as the concept of mindfulness, which is why it’s such a double-whammy of absurdity to some people when the two are combined. Meditation is simply a technique that can be used to help calm the mind. There are many forms of meditation, but virtually all are designed to teach us how to focus on some stimuli, be they internal or external, while ignoring others. It can be a valuable tool for many endeavors, such as stress reduction, making decisions, getting to sleep, engaging in deep prayer, traveling the path to enlightenment, and yes, becoming mindful.

Meditation can aid in achieving mindfulness by helping us to quiet the many obtrusive thoughts that are constantly running through our heads. Such thoughts are rarely focused on the present. We may replay past events, or attempt to imagine alternate scenarios and outcomes. Thoughts about the future are also sure to be abundant, sustained by a vicious cycle of anticipation and anxiety. This constant barrage of information must be tuned out in order to establish a focus on the present. Meditative practice can give us the tools necessary to silence the voices of the past and future, freeing us to connect to the now.

Why should we be interested in mindful meditation at all? It’s not just a matter of curiosity, personal philosophy, or even spirituality. There are numerous practical benefits associated with the practice that have been verified through scientific experimentation. Mindful meditation has been linked with improved mental states, better physical health markers, and an overall enhancement in quality of life. The past and future can be sources of endless stress if we allow them to be. Mindful meditation can minimize the impact of these phantom stressors on our health.

Being mindful allows us to more effectively deal with the present. It frees us from the influence of aimless thoughts that are anchored to the past and future. Again, the key is not to ignore important information, but to “trim the fat”, so that we’re only dealing with memories and/or predictions that actually relate to the moment at hand. Meditation is a powerful technique that we can use to hone our attentional skills, making it much easier to ignore intrusive thoughts, and providing us with the ideal environment to practice mindfulness.