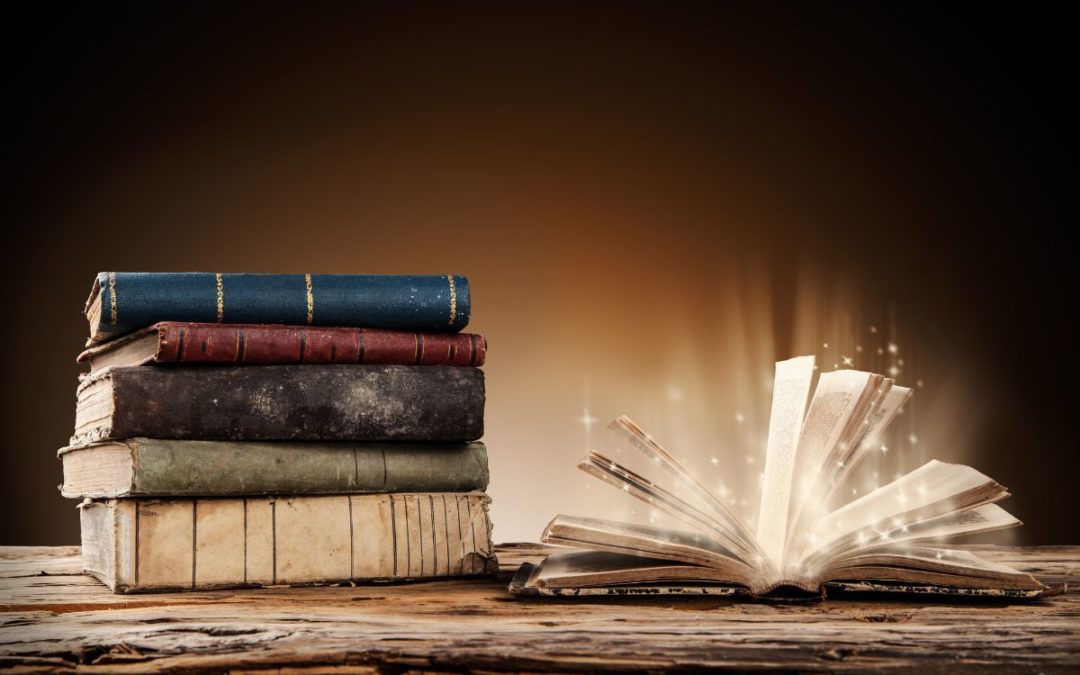 Every culture has its own mythology. In times past, people lived and died with myths and legends that explained everything in their universe—and beyond. These days, it can be hard to look back at the myths of ancient peoples and find meaning. Certainly these stories have retained their power to entertain, as seen in the way they have been recast in cinematic or printed form. But what can they teach us about life? Here are a few things we can learn from the stories of the ancient past. 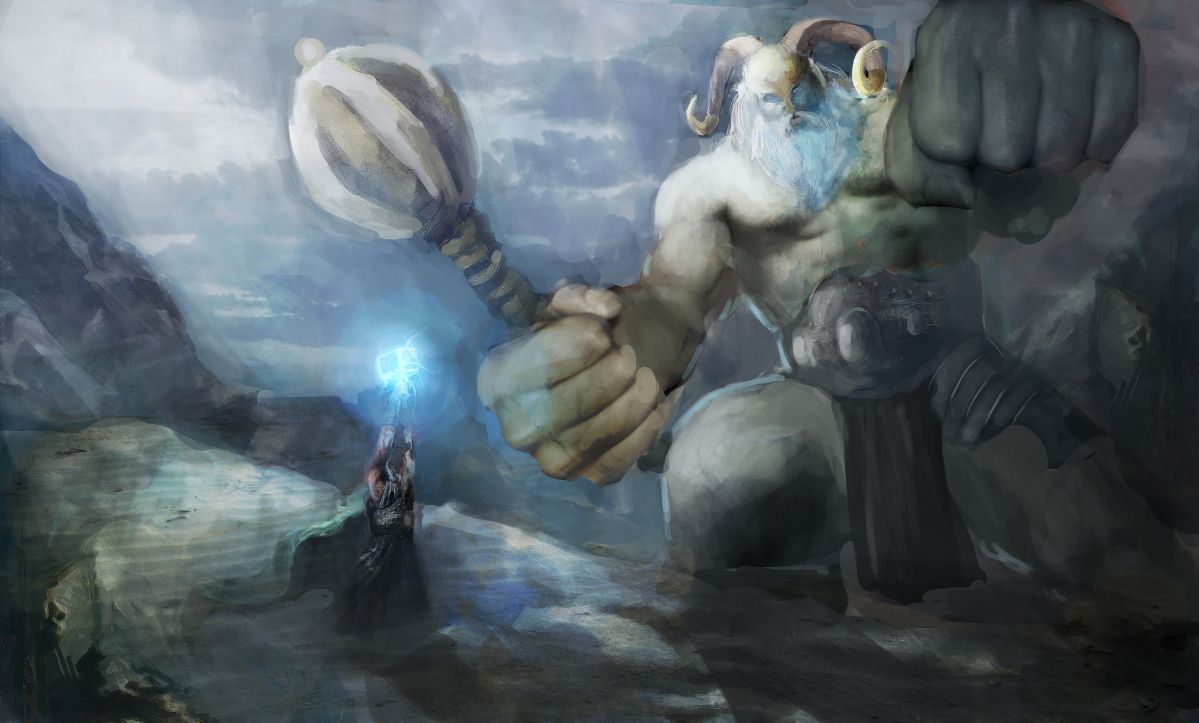 In Viking mythology, the world will face a final battle called Ragnarok. The gods will fight, but they are destined to lose. The world will be consumed with natural disasters of epic proportions and submerged in water. From the destruction two humans will emerge to repopulate the world. While this myth speaks to the cyclic nature of life, nature, and the universe, it also says something about the power of not giving up. Though you may face something that seems as foreboding and hopeless as a final battle destined to destroy the world, charge into the fray like Thor and smash as much stuff as you can with that epic hammer—though perhaps not literally, especially if you’re using this as a metaphor to find success in an office setting at work.

We’ve all heard the classic fairy tales growing up, like Snow White, Cinderella, and Sleeping Beauty. But did you know that all these magical tales, culminating in a happily-ever-after union between the Prince and his Princess, actually come from the ancient Greek story of Cupid and Psyche. 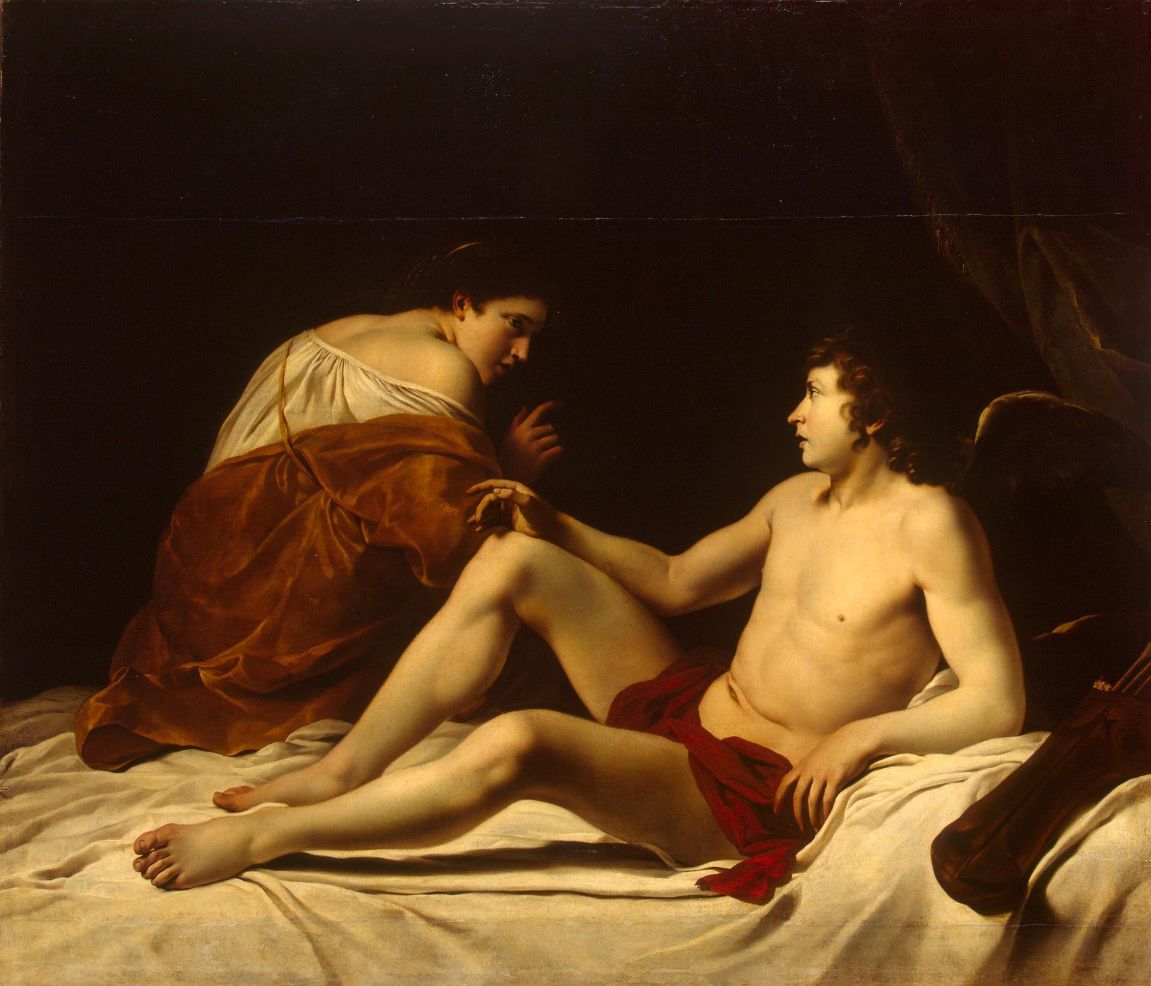 Cupid and Psyche by Orazio Gentileschi

The first part of the story is well known. Psyche was told never to gaze upon Cupid’s sleeping form, and when she finally did, he disappeared. But the second part of the story is what really matters, and what has influenced centuries of folklore to follow. Psyche wanders the world searching for Cupid, doing onerous tasks imposed upon her by a jealous Venus. Cupid finds her, and negotiates a deal to give her immortality. Their wedding is a happy event that speaks to the power of love to overcome great obstacles. 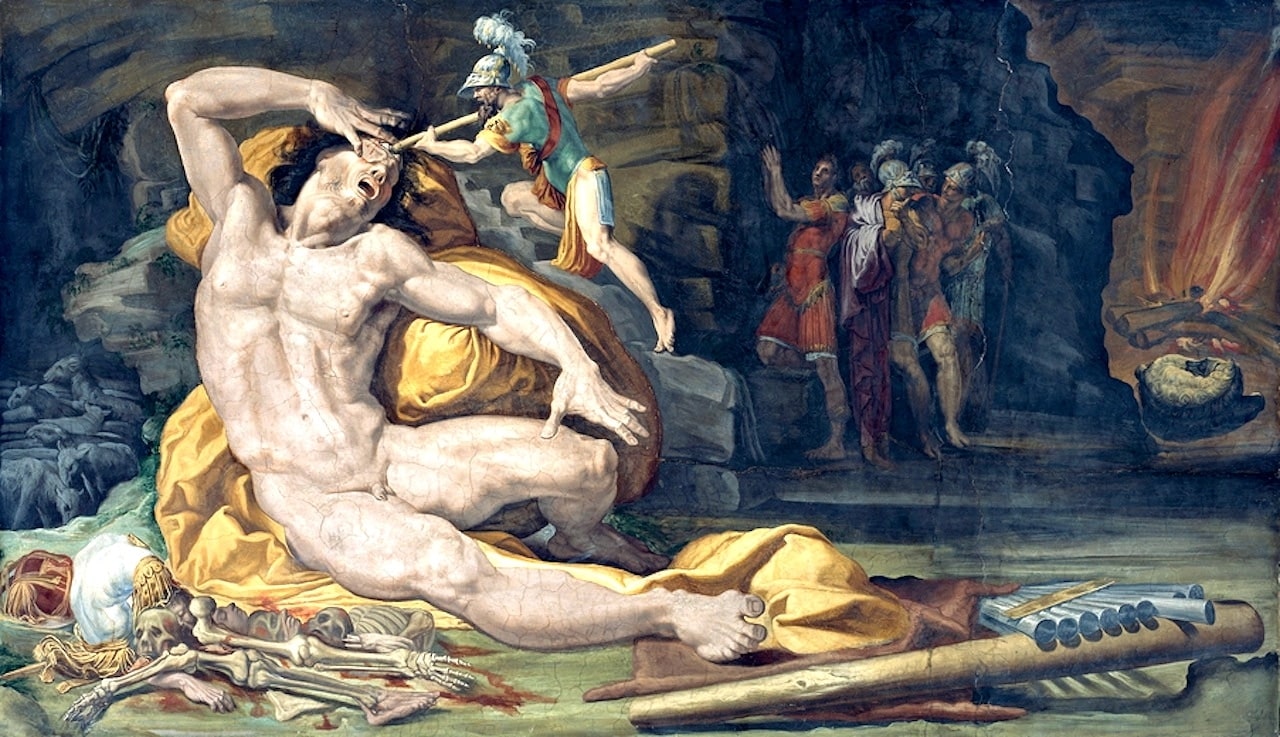 Many times we can only work with what we have. To that end, the story of Odysseus and the Cyclops illustrates this point. Odysseus and his men, returning to Greece from the Trojan War, somehow ended up on an island inhabited by a huge, hulking, one-eyed terror: the Cyclops. The monster threw them into a cave to save as a crunchy snack for latter. Odysseus and his crew got the cyclops drunk, then plunged a stake into this eye while he was sleeping. Blinded, the Cyclops was latter unable to notice that Odysseus and his men were sneaking out of the cave by holding on to the underbelly of the large sheep the monster kept. Though he attempted to hurl some boulders at them as they sailed away, they escaped. The moral of the story is that you can use what you have, whether those are tangible items or skills, to resourcefully find a solution to your problems. 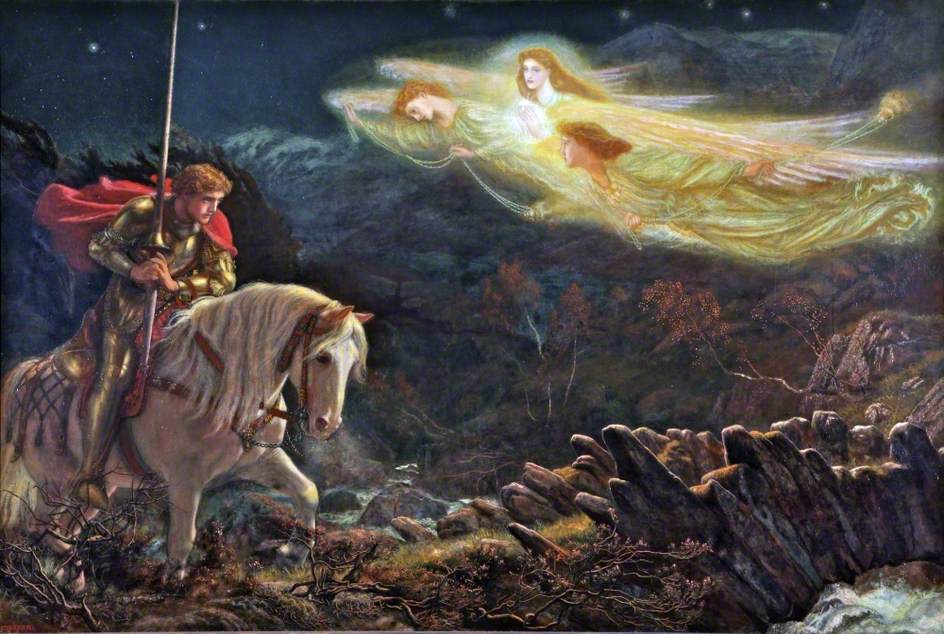 Sir Galahad quest for the Holy Grail by Arthur Hughes

Mythologies around the world are replete with the story of an epic quest, but perhaps none is as famous as that of the Holy Grail. This legend has existed in various guises throughout history. Famous examples include Jason and the Quest for the Golden Fleece, and the Celtic notion of a cornucopia or cauldron that never ceased to provide food. Despite its universal popularity, the narrative we all know is the one that is part of the Arthurian Cycle, which amalgamated Christian iconography (namely, the cup of Christ’s last supper) and Celtic symbolism in the story of Parcival finding the mysterious goblet. Knights and adventurers in every culture have ridden out to find that magical item at the edge of the world. Though they meet with many challenges along the way, they try and try again, whatever impels them—and along the way they see some pretty cool stuff. Don’t just sit around at home waiting for amazing things to happen to you, or to see them on TV. Get out and see what the world has to offer. Go for the gold, and have fun along the way. 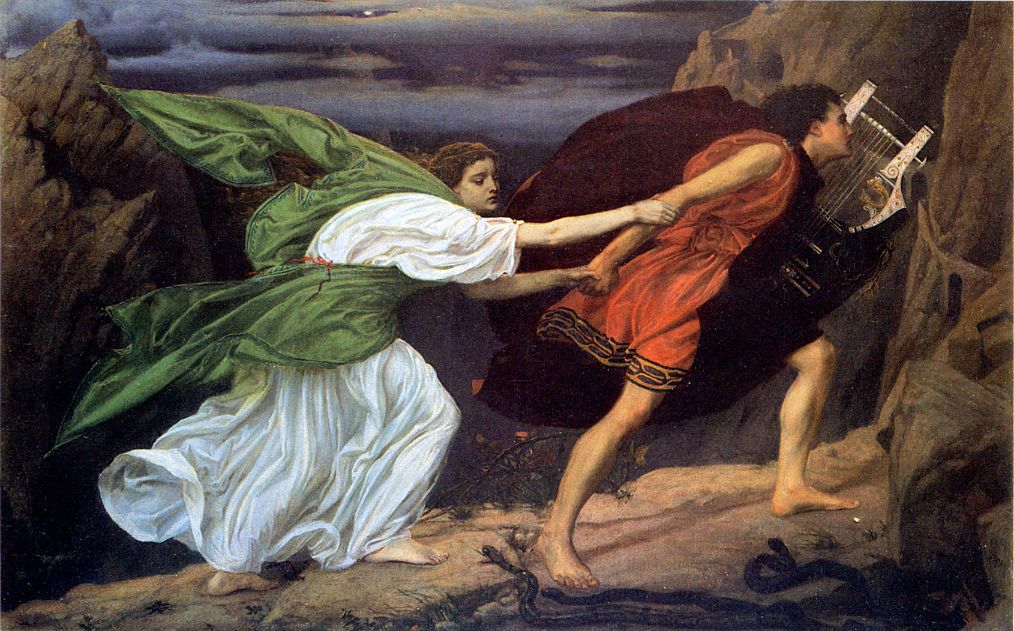 Orpheus and Eurydice escaping the underworld by Edward Poynter

How many of us get hung up about what happened in the past? Though we try to move on, we keep looking over our shoulder to think about yesterday’s news. Myths around the world are replete with the motif of someone violating an interdiction to not look over their shoulder. For whatever reason, they just can’t stop themselves. One popular example is that of Orpheus, who journeyed to the underworld to find his beloved Euryidce. He had some doubts about whether or not she was following him, but when he turned back to check, she vanished back into the world of the dead. Another example is seen in the Old Testament, when the wife of Lot was told by the angles to avoid looking back at the cities of Sodom as they were destroyed. When she did, she turned into a pillar of salt. Part of the reason we look back, perhaps like Orpheus, is that we lack some confidence about moving forward (in his case, whether or not Eurydice was following him). Be bold, be brave, and move forward with the confidence that you don’t have to look behind you.

These are just 5 interesting ideas we can pull from myths, and we took them Greek, Celtic, Norse, and Biblical narratives. The truth of the matter is that mythology is all around us, even today, and it still offers relevant narratives. Try cracking open some books, reading the stories of the ancient past, and seeing if any speak to you. With a little imagination, you’ll be sure to find that there is some message to learn, which can be applied to your life.