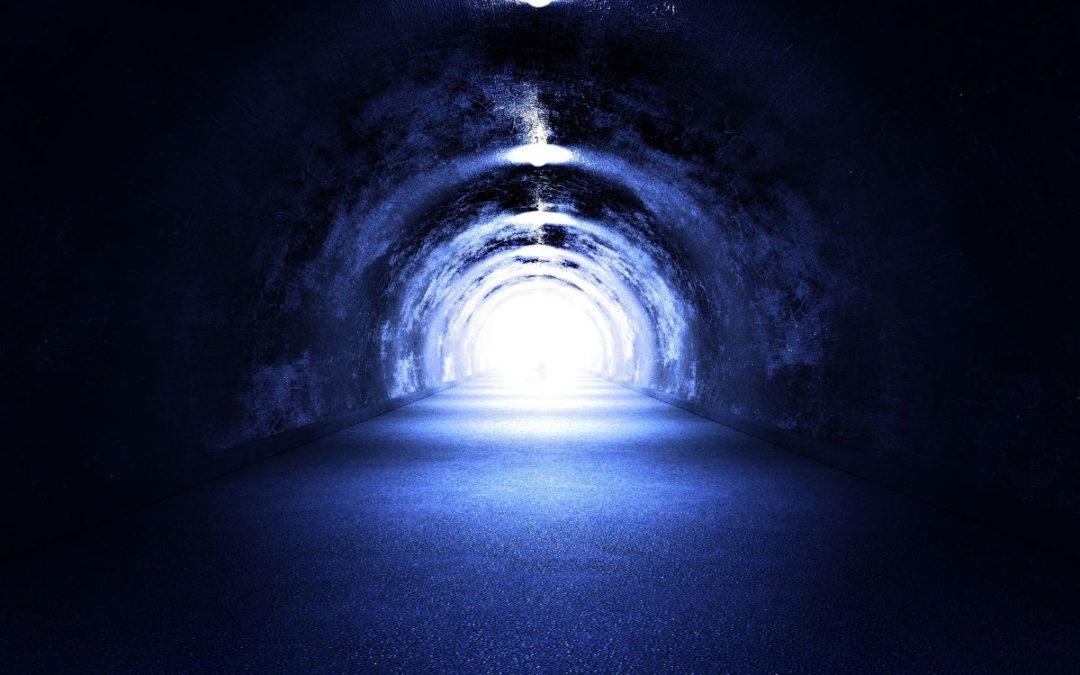 What happens when we die? Theology provides spiritual answers; biology offers a physical explanation. Yet on the edge of science lay cognitive neuroscience mysteries focused on consciousness. The phenomenon of near-death experiences (NDE) has opened the door to answering the timeless question of what happens when life ends – our bodies die but do we continue to live on? Due to growing interest and reports that are hard to ignore, scientific studies begun shed light on commonalities in NDEs. Statistical data about shared experiences of dying and returning to life offers insight into the journey of death. As research continues, these studies continue to extend what is known about life after death and the scope of human consciousness.

The Weighted Core Experience Index (WCEI) was the first rigorous scientific questionnaire model to be used to assess people’s recall of NDE. It is a measurement scale of the top ten most commonly reported NDE characteristics. In recent years, there has been a revision of the WCEI, called Greyson Near-death Experience Scale, which has 146 questions used to score the subjective NDE reported by people who have died and returned to life. This article breaks down the 10 most common experience recorded by the WCEI, the experiences most reported those who have lived through a NDE. It is these 10 characteristics that are categorically measured by the WCEI to ensure there is scientific rigor when examining a person’s subjective experience of a NDE.

Awareness of being dead

62 cardiac arrest patients who were interviewed and evaluated on the Weighted Core Index Experience, 50% reported the awareness of being dead. Personal recounts from other studies indicate the majority of people have the realization they are dead. Many times they even hear the pronunciation that they are dead, yet they are not bothered by this statement because of the supreme feelings of peace and euphoria often reported. Multiple studies (van Lommel et al., 2001; Morse et al., 1986; Dell’Olio, 2009) have shown this is the most common feature of NDE.

In the same cardiac arrest study, 56% reported feelings of positive emotions during the NDE. Many first hand accounts of NDE report the person not sure they want to return to life because of how sensational they feel being dead. One woman recalled her experience saying, “When I had lost consciousness I had been in sheer physical agony and now I found myself divested of my pain-wracked body and I was now existing in a most blissful state.” (Varieties of Near-death experiences by Bruce Greyson, 1993)

Out of body experiences

A common phenomenological NDE is the feeling of leaving one’s body and hovering over the events taking place below. During this OBE, studies have shown that people observe and recall in detail the events happening while they are dead. Jeffrey Long, MD analyzed the OBE recounted by 617 people. After following specific criteria, it was determined 46.5% of these cases could be objectively assessed to see if the OBE matched the actual events at the time. 97.6% of these cases that could be assessed as valid, based on the testimony of living people who were there for the event, matched, demonstrating the OBE were entirely realistic. 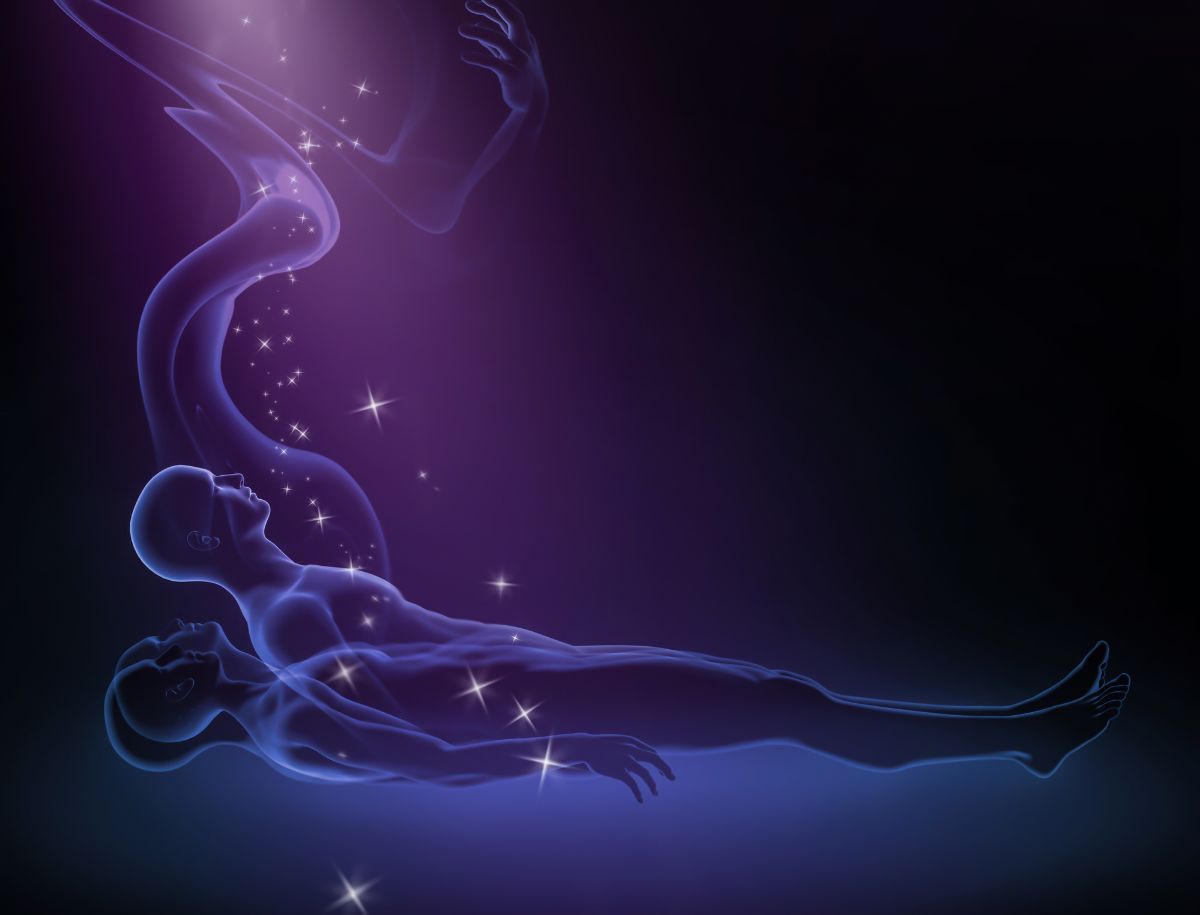 The following three characteristics of a NDE are the ones most often cited as hallucinations of the brain upon death. The sensations of colors, lights, and tunnel vision can be attributed to brain functioning slowing down. Studies have continued to attempt to figure out of these experiences are in-brain or out of brain. In brain theories uphold natural biological process for the phenomenal experience. For instance, moving through a tunnel could be the neurological condition Retinal ischemia. Yet out of brain theorists counter this argument with examples of people born blind having full vision in NDE, which they would have no prior memory of having. Studies have also shown 80% of people experience a NDE describe their thinking as “clearer than usual” (Kelly, Greyson, & Kelly, 2007) indicating consciousness is still fully engaged.

Moving through a tunnel

This is the hallmark of NDEs, which has popularized the joke “Don’t go towards the light!” A study of NDEs by Pim van Lommel stated 30% of participants experienced moving through a tunnel.

Communication with a light

One through the tunnel, people often mention bright lights surrounding them. There is a telepathic connection to these lights that seems to communicate with the person without language. The light also has been reported to take the form of geometric shapes.

Observation of color or music

Bright colors and melodic sounds are present as the person moves through this experience. Psychology professor Joel Funk states about 50% of people hear music during their NDE. To figure out the type of music he played different styles for 60 people who have reported a NDE and found the music sounds closest to New Age synthesized music. It is often reported the music hear sounds sublime, angelic, and transcendental.

Once through the tunnel, people are often taken to a celestial landscape where they encounter deceased loved ones, religious figures, and more beings of light.

Observation of a celestial landscape

In detailed and very varied accounts, people have reported going to gardens, temples, and even hell-like landscapes. In the hell-like landscapes, reports of demonic beings, annoying sounds, and frightening animals are reported. Yet some simply feel they are quietly alone in a voice of nonexistence in empty space. There is evidence that a person’s culture shapes the type of landscape they enter into. The level of the fear and anxiety around death may also produce different landscapes.

During a NDE, people report being greeted by deceased loved ones or religious figures. As with the landscapes, the religious figures different depending upon the culture of the person. It is common for people to have conversations with relatives or loved ones who have already passed.

Images of memories flow through a person’s awareness during their NDE. They are able to see both good and bad things they have done. In this quick time, it feels as though their whole life flashes before their eyes.

Presence of a border

People often indicate a border they cannot pass during their NDE. For instance, the well-known psychoanalyst Carl Jung recorded after his NDE that he was floating in space and then guided to a temple, which he could not enter because he was told it was not his time to leave Earth. Other people have reported not being able to cross a gate or continue down a pathway because it is not their time to enter.

Published worked by psychologists such as Russell Noyes in his article “Attitude change following near-death experiences” and Martin Bauer in the article “Near-death experiences and attitude change”  report people feeling a deeper connection to God and gaining a sense of purpose in life after their NDE. People’s self-esteem increases and they often feel a deeper spiritual connection to the world. Many report a greater sense of compassion and love for the world around them. It is normal for those who have gone through a NDE to change profession, place lower value on social status and material success, and become more tolerant and accepting of others compared to those who have not had a brush with death. People often experience a decreased fear of death and an increase in life after death once they have live through a NDE.