Nietzsche’s Will to Power: Explanation & Quotes 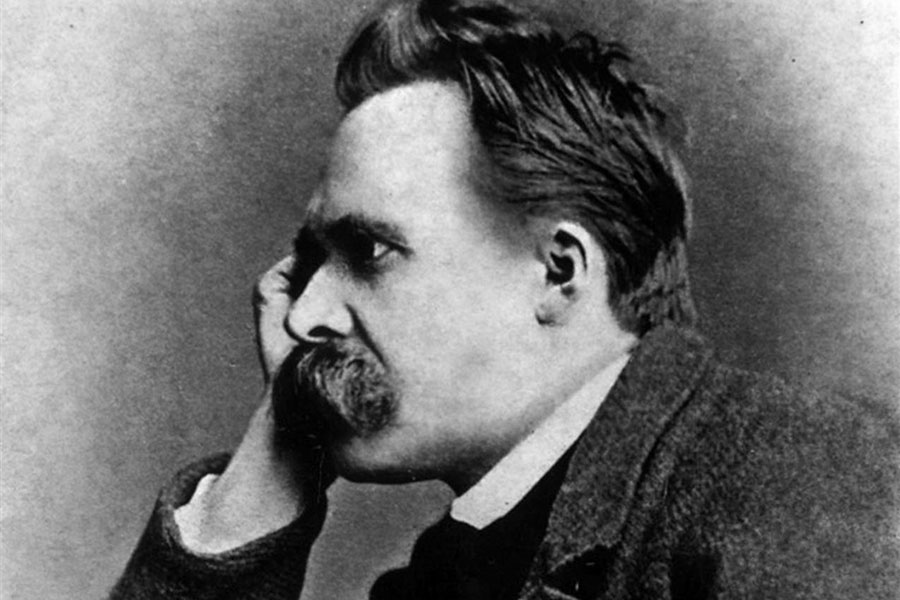 Friedrich Nietzsche’s legacy is immense. Born i Röcken, Germany in 1844, he is best known for his controversial statement “God is dead!”, and for his highly influential works “Thus Spoke Zarathustra” and “Beyond Good and Evil”. Having studied theology and philology during his educative years he later became a professor of philology in Basel. He remained unmarried and never had children. Nietzsche died in 1900 after suffering from mental disease where he lived in a mental hospital for the last remaining decade of his life.

According to Nietzsche a personal creator God did not exist as was/is believed by Jews, Christians and Muslims. He proposed that men leave this childish idea of God behind to create meaning within their own lives. Like Schopenhauer he regarded artists as good examples of humans who achieved this regularly as they were agents responsible for renewing life through constant creativity. Moreover Nietzsche is also known for his notion of the “ubermensch” or “superman”, who was a person who overcame and created meaning in his own life through his own perceptiveness and power.

Sometimes referred as an early existentialist, Nietzsche proposed that values had to be created or discovered by each individual and that this is the only way a human being could differentiate right from wrong.

So what are we to make of Nietzsche? There are countless of books and articles written on him available on the web and in libraries. What can I add to this overwhelming material on this insightful philosopher? Well in this article I’ve decided to focus exclusively on one of the concepts he is best known for, namely the “will to power”. I’ve done my best to create a summary of the basic components of the will to power and compiled a handful of relevant quotations where he speaks specifically on the will to power. Let us begin!

Nietzsche’s will to power

These quotes are taken from different works by Nietzsche, I will add the sources to each quote in due time.

It will have to be the embodiment of the Will to Power, it will want to grow, spread, grab, win dominance – not out of any morality or immorality, but because it is alive and because life precisely is will to power.[1]

Life is essentially a process of appropriating, injuring, overpowering the alien and weaker, oppressing, being harsh, imposing your own form, incorporating and at least, the very least, exploiting.

My idea is that every specific body strives to become master over all space and to extend its force (–its will to power:) and to thrust back all that resists its extension. But it continually encounters similar efforts on the part of other bodies and ends by coming to an arrangement (“union”) with those of them that are sufficiently related to it: thus they then conspire together for power. And the process goes on.

What is good? – All that heightens the feeling of power, the Will to Power, power itself in man. What is bad? – All that proceeds from weakness. What is happiness? – The feeling that power increases – That a resistance is overcome.

I consider life itself instinct for growth, for continuance, for accumulation of forces, for power: where the will to power is lacking there is decline.

[Anything which] is a living and not a dying body… will have to be an incarnate will to power, it will strive to grow, spread, seize, become predominant – not from any morality or immorality but because it is living and because life simply is will to power… ‘Exploitation’… belongs to the essence of what lives, as a basic organic function; it is a consequence of the will to power, which is after all the will to life.

Above all a living thing wants to discharge its power – life itself is will to power -: self preservation is only one of the indirect and most frequent consequences of this. – In short here as elsewhere watch out for superfluous teleological principles! – such as the drive for self preservation (which we owe to Spinoza’s inconsistency).

What surprises me most when surveying the great destinies of man is always seeing before me the opposite of what Darwin and his school see or want to see today: selection in favor of the stronger, in favor of those who have come off better, the progress of the species. The very opposite is quite palpably the case: the elimination of the strokes of luck, the uselessness of the better-constituted types, the inevitable domination achieved by the average, even below-average types.

Anti-Darwin.—What surprises me most when I survey the broad destinies of man is that I always see before me the opposite of that which Darwin and his school see or want to see today: selection in favor of the stronger, better-constituted, and the progress of the species. Precisely the opposite is palpable … I incline to the prejudice that the school of Darwin has been deluded everywhere …

In order to sustain the theory of a mechanistic world, therefore, we always have to stipulate to what extent we are employing two fictions: the concept of motion (taken from our sense language) and the concept of the atom (=unity, deriving from our psychical “experience”): the mechanistic theory presupposes a sense prejudice and a psychological prejudice… The mechanistic world is imagined only as sight and touch imagine a world (as “moved”) –so as to be calculable– thus causal unities are invented, “things” (atoms) whose effect remains constant (–transference of the false concept of subject to the concept of the atom)… If we eliminate these additions, no things remain but only dynamic quanta, in a relation of tension to all other dynamic quanta: their essence lies in their relation to all other quanta, in their “effect” upon the same. The will to power is not a being, not a becoming, but a pathos –the most elemental fact from which a becoming and effecting first emerge.

That will to power in which I recognize the ultimate ground and character of all change provides us with the reason why selection is not in favor of the exceptions and lucky strokes: the strongest and most fortunate are weak when opposed by organized herd instincts, by the timidity of the weak, by the vast majority.