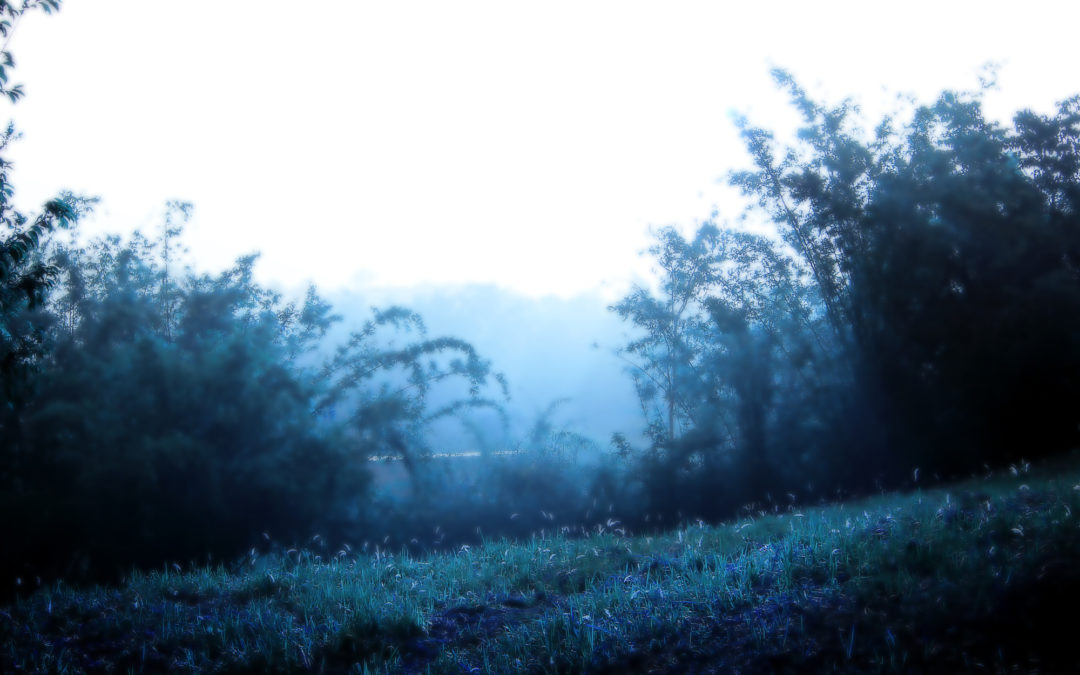 Everyone loves a good ghost story. Well, almost everyone. While the Western storytelling tradition certainly has its fair share of macabre tales, the Japanese folklore tradition is especially populated with Yokai—monsters and spirits with a bewitching presence that often leads to a haunting ending. Among Japan’s many stories of demons, ghosts, and beasts that lurk in the night are three legends that have become canonized into what is now called Nihon Sandai Kaidan, Japan’s Three Great Ghost Stories. The Nihon Sandai Kaidan have hundreds of variations that are told around Japan, and sometimes each version is suited to its particular locale…sort of like the Western version of urban myths like the ghostly hitchhiker. The Nihon Sandai Kaidan, however, are more complex—almost Shakespearian—in their plot. Let’s take  a look now and see what they’re all about.

One night a widower named Shinojo Ogiwara noticed a beautiful and enchanting woman walking along the road, attended by a servant holding a peony lantern. Ogiwara approached the enchanting woman, who told him her name was Otsuya. He invited her over to his home, and to his surprise, she agreed. They spent the night together and she left just before sunrise. The next day, she returned, and did so night after night, always leaving before the touch of day. Ogiwara’s neighbors grew concerned for the widower, as he ceased leaving his home, obsessed as he was with Otsuya. One night, a concerned neighbor peeked in through the window and saw the terrible sight of Ogiwara making sport with a skeleton. When this neighbor told Ogiwara about Otsuya’s true nature, the widower hurried to a nearby temple, where a monk showed him Otsuya’s grave. The monk also gave Ogiwara a charm to ward the undead temptress away from his home. But Ogiwara was smitten to the point of no return. One night, after imbibing strong drink, he went to Otsuya’s grave, where she was waiting for him. After many days of disappearance, the monk opened her tomb to find Ogiwara inside, dead and in the embrace of a skeleton.

Okiku was a servant girl hired to wash the dishes for the lord of a Samurai castle. It was there that she caught the fancy of a Samurai named Aoyama. He attempted to woo the beautiful Okiku, but she would have none of it…so he came up with a plan to extort her affection. He hid one dish from a set of ten dishes that was much prized by the lord of the castle. Aoyama then asked Okiku where the dish was…and Okiku searched furiously for it. Unable to find it, Aoyama made her an offer. If she would just return his affection and become his mistress, Aoyama would tell the castle lord that Okiku was blameless. But still the girl refused, and so Aoyama had the girl beaten to death and thrown in a well. Unfortunately, her spirit decided not to leave the castle. She can still be heard wandering around the castle, counting to ten as she looks for the plates. Of course, she only gets to nine before letting out a bloodcurdling scream. It is said that hearing her get this far through the count is a bad omen. There are many versions of this tale around Japan. One is attributed to the castle at Himeji—one of the best cities to visit in Asia.

Oiwa was once the doting bride of Iemon, a hapless Samurai down on his luck. Iemon became friends with an elderly doctor named Itoh, whose granddaughter Oume fell in love with Iemon. Itoh was himself a doting grandfather, and so he promised Ieomon a life of financial ease if he would only cast off Oiwa and marry Oume. Despite Oiwa’s commitment, Iemon fell into this temptation and conspired with Itoh to slowly poison his wife to death. Every day, he would slip a little powder into her food, making her weaker and weaker and destroying her beauty. One day Oiwa noticed some of her hair falling out on the tatami mats. She stood before the mirror to examine herself, and collapsed from the shock of her own disfigured visage. In her dying moments, she cursed her deceitful husband and dedicated herself to haunting him at every turn. Oiwa became a Onryou, a vengeful ghost inhabiting inanimate objects to terrorize their owner, and sometimes appearing on the faces of other people. Seeing his murdered first wife materializing around him as frequently as she did, Iemon was driven to madness.

As you can see, haunting themes of love, betrayal, and death permeate the narratives of Japan’s Three Ghost Stories, and for that matter, many other pieces of Japanese folklore. Most interesting is the connection between them, in which we, the listeners, are confronted with the juxtaposition of love and loathing, beauty and ugliness—and seeing the intercise of the two.