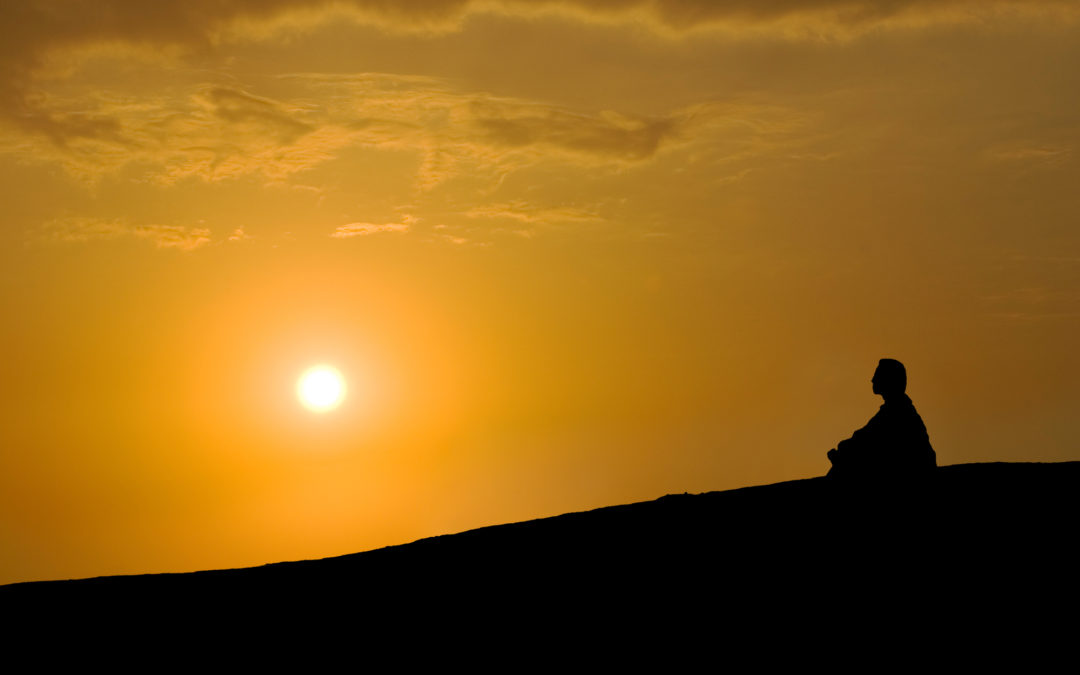 Non-duality is about experiencing reality as it is, one undivided whole. Duality pertains to the mind while reality transcends the mind. Duality is a way of perceiving, and not the actuality of the whole.

The truth of the whole is neither one nor two. It is simply what it is. non-duality is just a way of negating the common held worldview that is characterized by duality.

Me and you, this and that, him and her, love and hate, etc. Yes of course these interrelated opposites are true in a sense or rather from a certain place of looking, but the deeper and more profound seeing is not concerned with these divisions.

Your nirvanic eye is always one, seeing totality. A formless eye that gives birth and witnesses all things simultaneously.

Can the seer be seen?
Mooji (Satsang)

The mind is not your friend… not yet.
Mooji (Satsang)

A spark of truth can burn up a mountain of lies.
Nisargadatta Maharaj (I Am That, 1973)

Truth is silent but, when met with questions about its true nature, is compelled to speak.
Rupert Spira (The Ashes of Love – Opening Paragraph, 2014)

The treasure I have found cannot be described in words, the mind cannot conceive of it.
Adi Shankara

Atman is an ever-present Reality. Yet, because of ignorance it is not realised. On the destruction of ignorance Atman is realised.
Adi Shankara (Atma Bodha)

Space seems broken and diverse because of the many forms in it. Remove the forms and pure space remains. So, too with the Omnipresent Self.
Adi Shankara 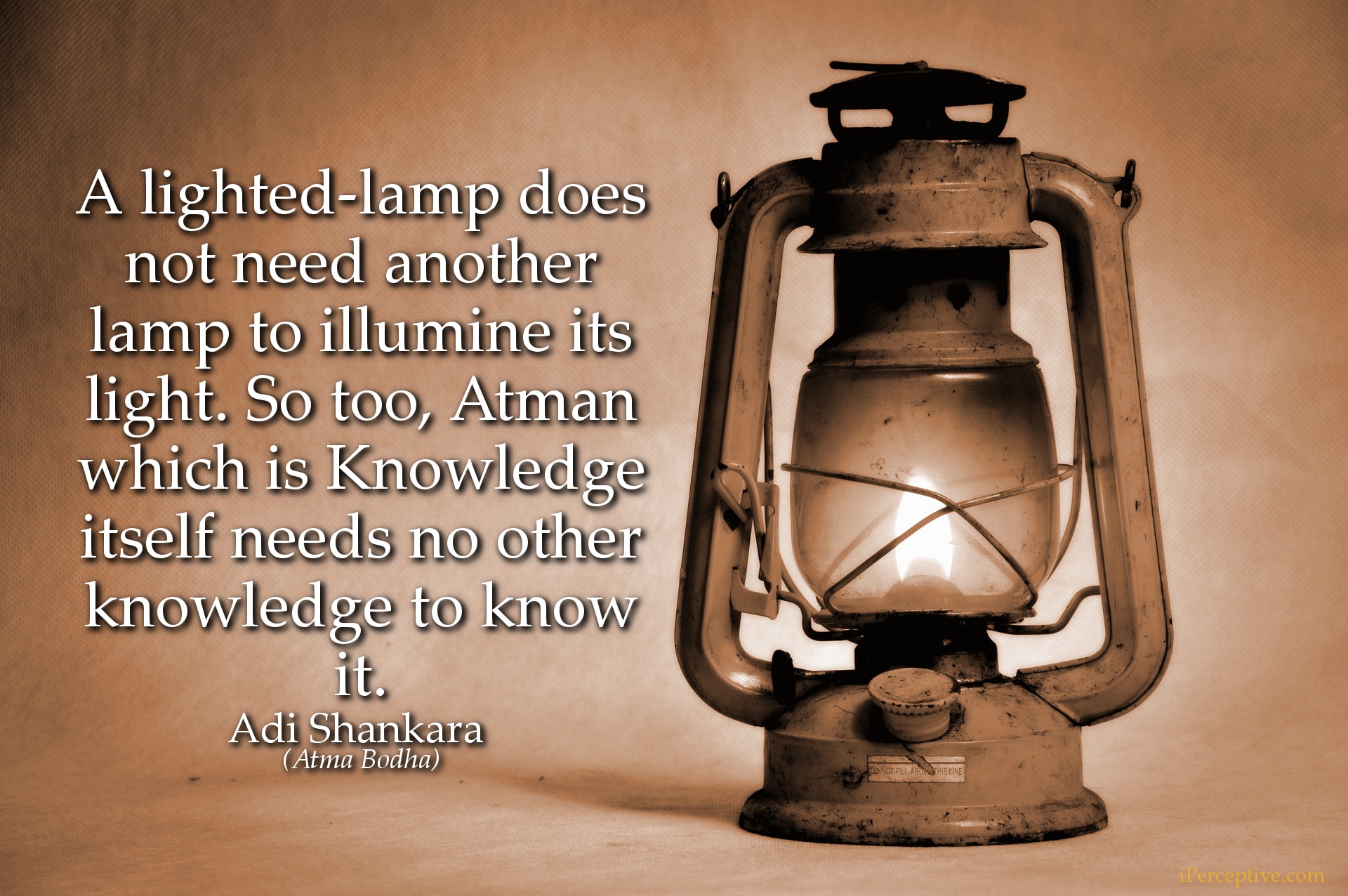 A lighted-lamp does not need another lamp to illumine its light. So too, Atman which is Knowledge itself needs no other knowledge to know it.
Adi Shankara (Atma Bodha)

However, love, peace and happiness are inherent in the knowing of our own being. In fact, they are the knowing of being. They are simply other names for our self.
Rupert Spira (Presence: The Intimacy of All Experience)

All the mind-streams eventually flow into the one ocean beingness, there are many pathways for the mind, there are no paths for the heart, for the heart is infinite and fills everything.
Mooji (Sayings of Mooji Baba – Mooji.org)

To deal with things knowledge of things is needed. To deal with people, you need insight, sympathy. To deal with yourself, you need nothing. Be what you are, a conscious being and don’t stray away from yourself.
Nisargadatta Maharaj (I Am That, 1973)

Just as the fire is the direct cause for cooking, so without Knowledge no emancipation can be had. Compared with all other forms of discipline Knowledge of the Self is the one direct means for liberation.
Adi Shankara (Atma Bodha)

Once you realize that the road is the goal and that you are always on the road, not to reach a goal, but to enjoy its beauty and its wisdom, life ceases to be a task and becomes natural and simple, in itself an ecstasy.
Nisargadatta Maharaj (I Am That, 1973)

Our self – luminous, empty Awareness – knows no resistance and is, therefore, Peace itself; it seeks nothing and is, thus, happiness itself; it is intimately one with all appearances and is, as such, pure love.
Rupert Spira (The Ashes of Love, 2014)

For the subsidence of mind there is no other means more effective and adequate than Self-enquiry. Even though by other means the mind subsides, that is only apparently so; it will rise again.
Ramana Maharshi 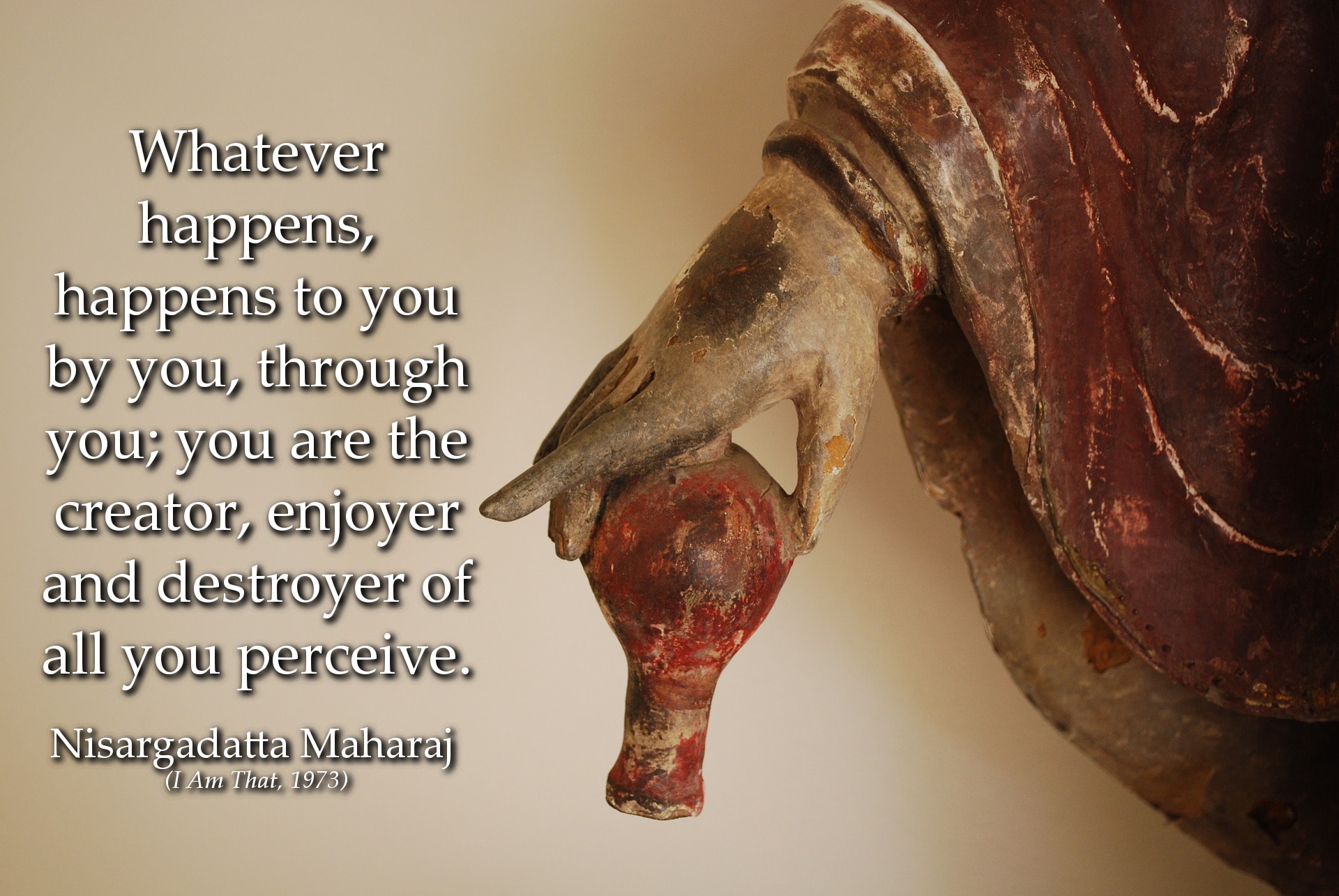 He who renouncing all activities, who is free of all the limitations of time, space and direction, worships his own Atman which is present everywhere, which is the destroyer of heat and cold, which is Bliss-Eternal and stainless, becomes All-knowing and All-pervading and attains thereafter Immortality.
Adi Shankara (Atma Bodha)

I am the great waters, upon my face, the primordial pen of mahamaya writes incessantly the lives and destinies of all living beings. Every wave, each ripple, the subtlest movement, is my dancing. Yet I, the pure reality, remain ever untouched, unaffected, glorious and beyond all concepts, I, the unimaginable, the formless absolute, alone am.
Mooji (Sayings of Mooji Baba – Mooji.org)

I cannot show you God or enable you to see God because God is not an object that can be seen. God is the subject. He is the seer. Don’t concern yourself with objects that can be seen. Find out who the seer is… You alone are God.
Ramana Maharshi (When asked by Papaji if he could show him God)

I find that somehow, by shifting the focus of attention, I become the very thing I look at, and experience the kind of consciousness it has; I become the inner witness of the thing. I call this capacity of entering other focal points of consciousness, love; you may give it any name you like. Love says “I am everything”. Wisdom says “I am nothing”. Between the two, my life flows. Since at any point of time and space I can be both the subject and the object of experience, I express it by saying that I am both, and neither, and beyond both
Nisargadatta Maharaj (I Am That, 1973)

For more by these wise non-dual masters and sages have a look at this list below!