The Essentials of Numerology for Beginners 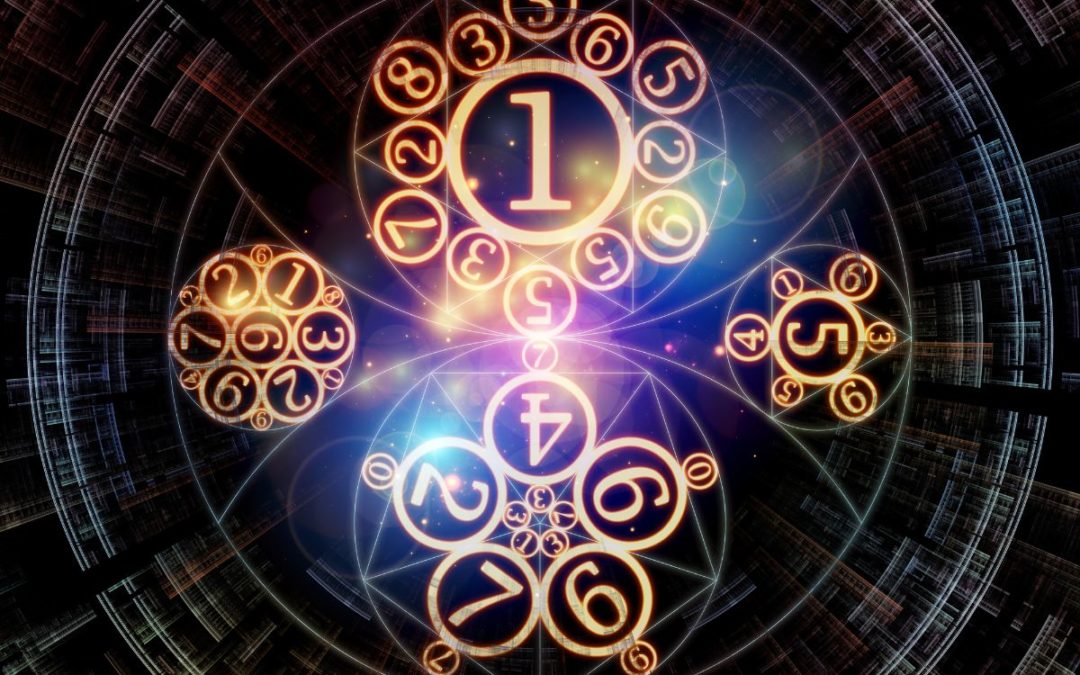 With numbers as the basis for analytical and scientific calculations, most people do not realize the same digits can also help to predict the future of your life circumstances, as well as personality traits shaping your destiny! How can this be you may ask? Well, believe it or not, the technique of using numbers as a form of divination is a very old practice. Arithmancy, stemming from the Greek words arithmos (number) and manteia (divination), has existed for thousands of years.

The History of Numerology

The earliest records of arithmancy date back to Babylonian times. The Chaldeans, a culture with renowned astrologers and astronomers, thrived in Babylonia from 800 BC to 539 BC. This system remains one of the most complex forms of numerological divination to date. To calculate the destiny of someone, the letters of their name are added together. Each letter is ascribed a numerological value that is used to calculate the total. This system is different than others because the Chaldean system uses only digits 1-8, for 9 is the number in which all dissipates, and also calculates the name one is most commonly known by, rather than their given birth name. The Chaldeans also divided their alphabet into three sections of 7 letters. Each letter corresponded to the known planets (Moon, Sun, Jupiter, Mercury, Mars, Venus, and Saturn). From the numerical value of the planet associated with the letter, practitioners would make predictions and seek divination of the future.

Ancient Hebrews also used arthimancy. They developed a religo-magic system called Gematria, which is part of the mystical Kabbalah. In this system, Hebrew letters are assigned numerical values, yet in a different fashion the previous Chaldean system. Once added together, the values of each letter produce a number. Calculating these numerical values of words and phrases, particularly those of religious scriptures, is supposed to yield insight into the hidden messages encoded within the Bible. Practitioners of Germatria also apply arthimancy to find the numerical value of sacred objects and holy places. This knowledge gives a deeper understanding of the sacred energy and purpose of these artifacts and locations.

If two words or objects have the same numerical value when decoded, they are considered to be corresponding. Being corresponding means they hold the same numerical signature and are therefore metaphysically related to one another. The mystery is to solve the link between the two, or apply the knowledge of the numerical property to discern the true essence of words and objects. By piecing together the hidden links through decoding words through arthimancy, occult information about the mysteries of religion can be discerned.

Numerology, as arthimancy is popularly known as today, often cites ancient Greek philosopher and mathematician Pythagoras as its creator. He is most widely known for his contribution to the field of geometry. He believed the underlying reality of the world is mathematical in nature and the numbers 1-9 hold mystical properties that shape the world we live within. Understanding the metaphysical properties of numbers and mathematical shapes, such as the circle, triangle and square, allowed one to penetrate to the heart of mystical wisdom.

The modern number system is based on digits 1-9. This is the basis of all modern engineering feats and economic calculation – these numbers certainly make the world go around! Pythagoras noticed these cycles and used numbers to form his own religious philosophy on the metaphysical base of the world. Understanding the unique vibration harmony of each number holds the secret to the true nature of words, people, objects, and places.

Numerology is preferable for people who enjoy the precision that numbers offer, rather than more subjective methods such as dream interpretation, reading runes, or deciphering the tarot. The exact measurement of the number remains consistent and there is not as much subjective inference about the suggested meaning of the outcome values.

There are many things one can calculate with numerology, the most popular is the path ones of life.

Both methods will yield the same number!

To use numerology for divination or to explore the occult metaphysical significant of objects, places, and words, one can translate the letters to numbers using the modern system of numerology featured here:

For instance the name Zachary Kotlow would add up as follows:

Therefore, the numerological value for the name Zachary Kotlow is 7.

If you want to divine the potential for a day you can add up the month, day and year.

Now onto an explanation of each number..

The Meaning of the Numbers 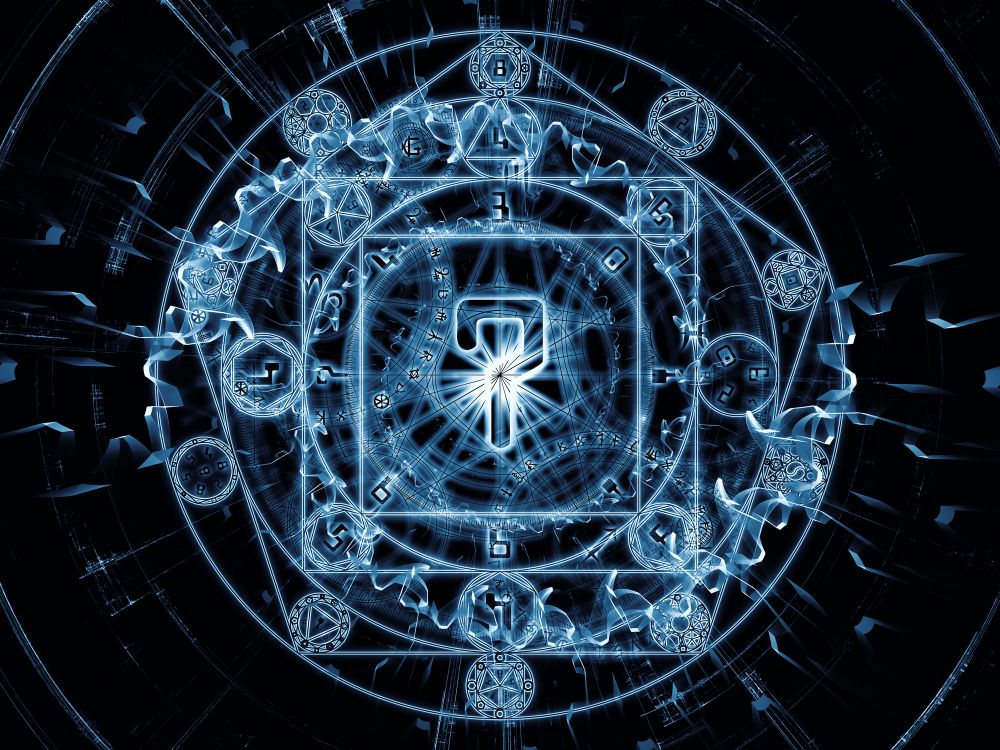 The power of numbers has raised many superstitions in cultures. For instance, Egyptians consider 17 to be an unlucky number, while 108 in Hindusim is considered a very fortunate number. The Chinese consider 8 to be the luckiest number of all. 33 has a deeply religious significance and has a symbolic meaning in Christianity, Hindiusm, Buddhism, Islam, and Free Masonry. In popular culture, repeating numbers have come to have significant meaning. Often called angel numbers, repeating numbers such as 111 or 555, are considered messages from the Universe, or higher powers.

Here is a quick explanation for the metaphysical significance of the digits 1-9:

Metaphysical significance of number 1: 1 is a number of initiation. It is associated with bold, decisive action. It can foretell of impulsive behavior that can lead to ruin if the risk is not properly managed. The purpose of a 1 is to break stagnancy and take the lead in forging a new path. The planet associated with 1 is the Sun.

Metaphysical significance of number 2: 2 is a number of duality. It is associated with the idea of pairs, partnership, and cooperation. 2 is an indication there will be a mutual respect and consideration for everyone. The purpose of a 2 is to prompt balance and finding the middle ground. The planet associated with 2 is the Moon.

Metaphysical significance of number 3: 3 is a number of creativity and expression. It is associated with the idea of a divine creation, being true to one’s authentic nature through emotional expression, and artistic endevours. 3 indicates the need for a visionary solution. The purpose of a 3 is to foster authentic relating and meaningful communication. The planet associated with 3 is Mars.

Metaphysical significance of number 4: 4 is the number of stability. It is associated with the idea of survival and building a strong foundation that will be long lasting. 4 indicates there will be a victory if there is a well-thought out plan in place. The purpose of 4 is to provide discipline, authority, and structure through logic. The planet associated with 4 is Mercury.

Metaphysical significance of number 5: 5 is the number of change and unpredictability. It is associated with the ability to be flexible among imbalanced situations. 5 indicates a sudden shift in the course of events. The purpose of 5 is to bring new ideas and perspective through travel, adventure, and exchange of ideas between different cultures. The planet associated with 5 is Jupiter.

Metaphysical significance of number 6: 6 is the number of love, community, and harmony. It is associated with loyalty, calmness, and beauty. 6 indicates the need for being honest and diplomatic in circumstances. The purpose of 6 is to create an atmosphere for relationships to be nourished in order to flourish. The planet associated with 6 is Venus.

Metaphysical significance of number 7: 7 is the number of intellectual pursuits and solitude. It is associated with studious learning, perceptive awareness of the world, and psyhic sensitivity. 7 indicates the needs to go within and find the answers, rather than seeking external validation or insight. The purpose of 7 is to encourage self-study, seeking wisdom, and contemplation of the mysteries of life. The planet associated with 7 is Saturn.

Metaphysical significance of number 8: 8 is the number is self-mastery and ambition. It is associated with wealth, material prosperity, and power. 8 indicates the needs to have appropriate resources for a situation to be successful. The purpose of 8 is to teach how to cultivate one’s personal power to be most effective and influential in the world. The planet associated with 8 is Uranus.

Metaphysical significance of number 9: 9 is the number of spiritual enlightenment, universal oneness, and compassion for others. It is associated with culmination, completions. 9 indicates the need to let go of desires in order to align with the spiritual world in order to achieve success. The purpose of 9 is to bring about wisdom from a more universal perspective, above mundane concerns, in order for one to transcend the concerns of the world and unite with spirit. The planet associated with 9 is Neptune.

As Pythagoras noticed, the numbers work in cycles. You can create your own relationship to the energy of each number by studying how the numerology of the day impacts your daily activities. Perhaps even learning to schedule time for meditation on a 7 day and expect sudden changes on a 5 day! You might also want to figure out the numerological signature of your name to see what your innate energy may be. Learning about the forces at play in your personality can bring more awareness to the way you relate to others and the world. Using the variety of techniques numerology offers, you will start to gain a deeper understanding of who you are, your life’s purpose, and the hidden foundation of the nature underlying our reality!