Pasiphaë in Greek Myth (the Mother of the Minotaur) 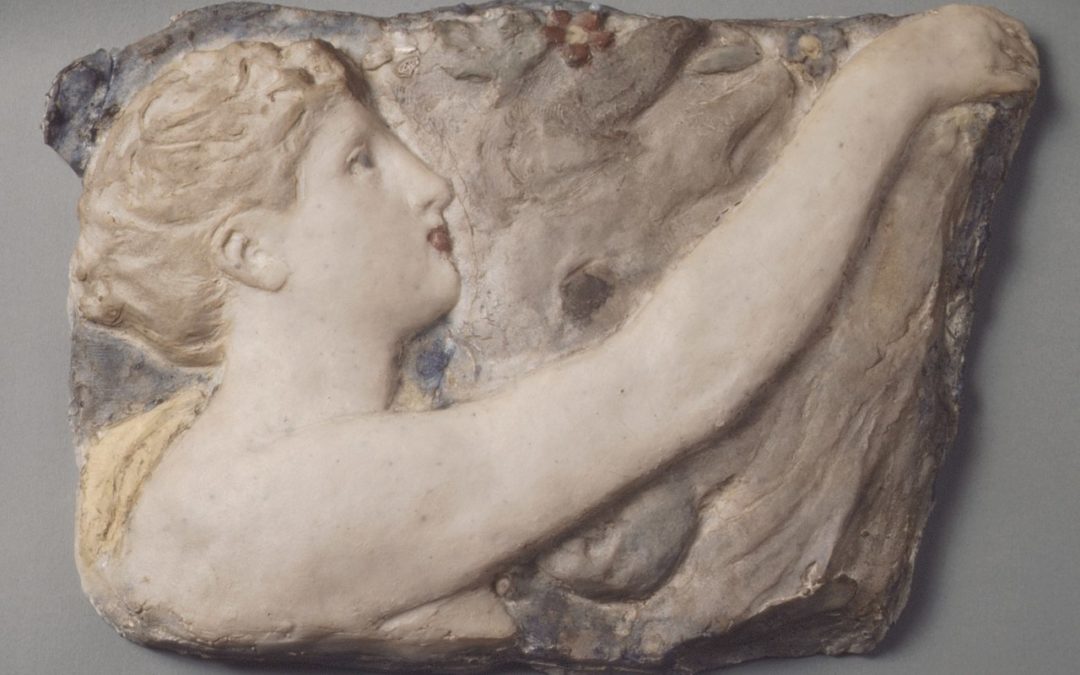 Pasiphaë was the wife of King Minos of Crete. She is best known for the myth which describes her getting cursed with zoophilia by the god Poseidon. To fulfill her intense desires she asks the skillful Athenian artificier Daedalus to help her create a hollow wooden cow for the purpose of approaching and achieving intercourse with a divine, white bull. The result is… the Minotaur. 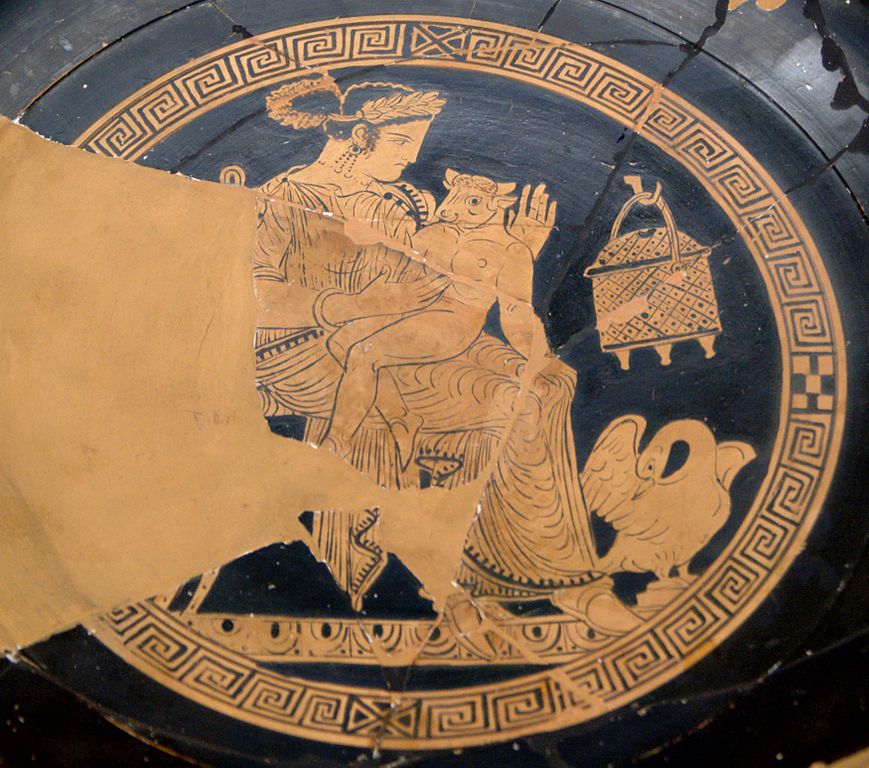 Pasiphaë and the Minotaur (The Etruscan perspective)

An unfortunate, and bizarre series of events led to the impregnation of Pasiphaë by a divine, snow-white bull. Merely by being the wife of King Minos, she got dealt some unlucky cards. Minos praying and making a promise to the ocean god Poseidon, and not keeping that promise, ends up being a nasty curse by Poseidon on Pasiphaë as payback. She is cursed with zoophilia and feels an insatiable urge to mate with the divine bull sent by Poseidon to Minos. Minos was supposed to sacrifice the white bull but he was mesmerized by the sheer beauty of the creature and decided to find a replacement for the sacrifice. So this whole series of unfortunate events originated by the actions and feelings of Pasiphaë’s husband Minos.

Pasiphaë gets impregnated by the white bull and subsequently births the Minotaur. The king eventually finds out about the newly-born beast and decides to create a Labyrinth, a maze for the Minotaur so that the world never gets the chance of witnessing the wretchedness. Except of course for the yearly sacrifices that were sent to the labyrinth and the mouth of the Minotaur.. Poor Athenians. 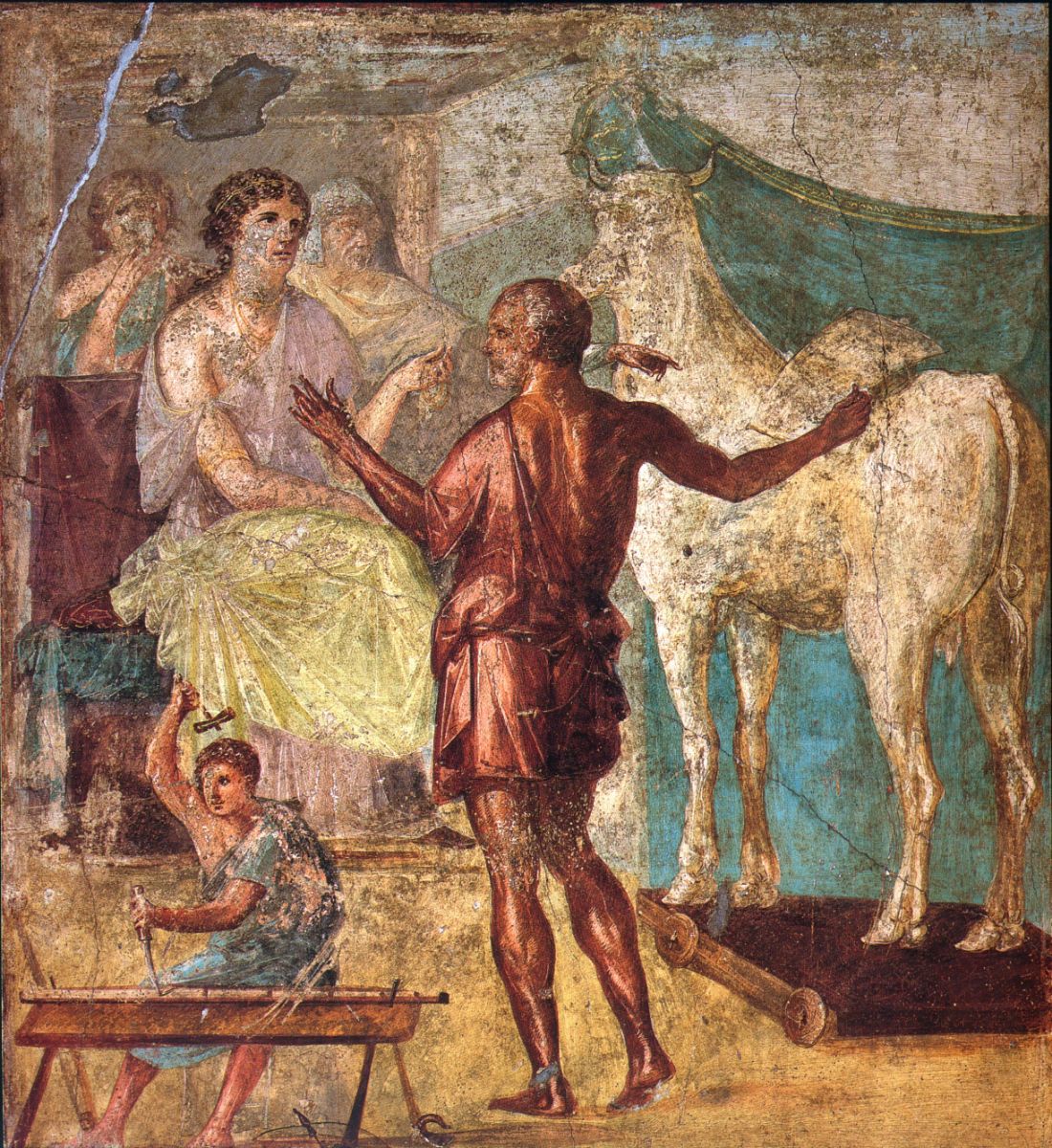 Morals in the Myth: The Shaping of Destiny

It’s a strange thing. How one’s destiny can be shaped by those around us, and us having no idea of it happening. Every human being likes to feel that they can control their own destiny. To sail in the direction of their own wishes. But that doesn’t always happen, heck, it could be viewed upon as a rare occurrence. How do you feel about humans and destiny. Is it something worth pursuing? Should one always strive to be in control of ones life or should one just let it flow? Perhaps letting it all flow is the ultimate conformity to destiny.

But consider:
If I had sold the gifts of Kypris,
given my body in secret to some man,
you would have every right to condemn me
as a whore. But this was no act of the will;
I am suffering from some madness brought on
by a god.
It’s not plausible!
What could I have seen in a bull
to assault my heart with this shameful passion?
Did he look too handsome in his robe?
Did a sea of fire smoulder in his eyes?
Was it the red tint of his hair, his dark beard?
His body, so different from my husband’s?
Are these the things that drew me to lie
in his bed, in my cowskin?
I did not imagine that my lover
could give me children
What diseased my mind?
Euripides, in The Cretans (A dramatization by the famous Greek playwright on how Pasiphaë tries to hide the birth of the Minotaur from her husband, the king Minos. Unfortunately only a couple of hundred of lines survived. The rest of the work was lost)