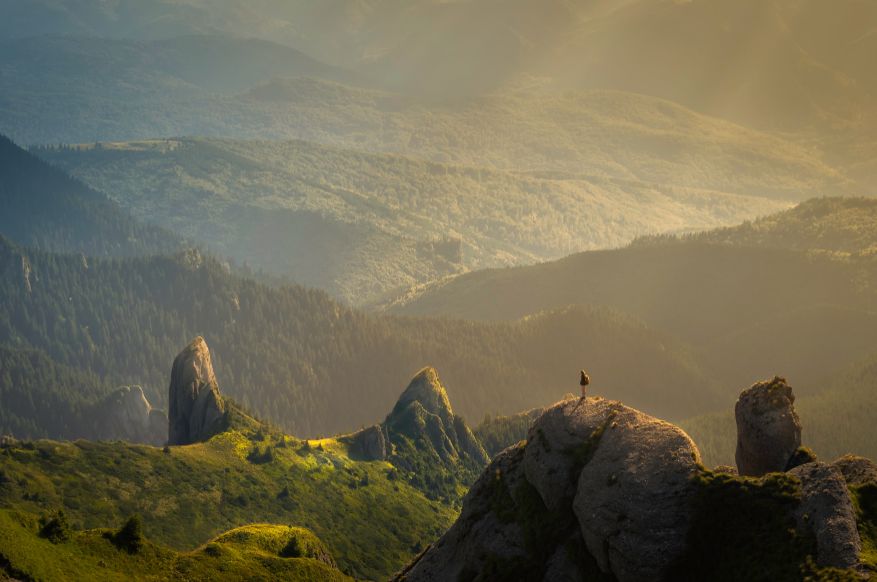 It is important to distinguish that direct experience cannot be given as a gift or an object. Direct experience is always there, but something in the mental realm of the sentient human being sometimes has a tendency of preventing the individual from being immersed in it fully.

This is one of the motivations, I believe, for why people turn to spirituality. That is to find a way to be more fully immersed in their direct experience and presence.

I find presence to be a great word, mainly because it can easily be contrasted with another word that has relevance to the subject of these articles, and which also happens to be a word that starts with P, namely person or personhood.

From my view these are two modes of navigating through the world and the universe as human beings. On the one hand we have the person, who is inevitably carrying some personal baggage because that is in fact the name of the game when it comes to being a person, lots and lots of baggage. Now what does that really imply? Well, it means that the person carries his personality and his life story in his back pocket at all times, always trying to attract or fend of other separate entities or persons in the marketplace called society and life. Unfortunately it also means that the person lives life indirectly, instead of directly which I have stated, and will continue to state, is the worthier and nobler goal to strive towards.

The person is simply incapable of being direct or present, and whenever a person apparently becomes more in tune with his or her experience, it is not the person doing the “tuning” into the present moment. Why you may ask? Well the only time a person can truly be present is when his original presence takes over the steering wheels from the clutches of the psychological mind, and then that also means the vanishing of the person.

This inevitably brings us to the other side, namely the idea of presence, which I find to be a clear and direct word that has a lot of good things going for it. For starters, it is quite obvious that presence has no personal problems in the same way a person has, presence is rather and more simply just here to be here. It is always in the here and now and is always available for a myriad of various direct experiences. It has no real preferences as it can contain within itself pain and pleasure, fear and fearlessness, happiness and sadness, love and hate, greed and generosity. Presence is therefore much more vast in its experiencing of life.

Having said that, this does not mean that an individual who navigates through life as presence would prefer intense pain to pleasure; it’s rather that they wouldn’t be so attached to the outcomes of their life in exactly the same way a person would do.

You might object by saying, isn’t that a bad thing? Not to be attached to the outcomes of one’s life? Well, a little bit of concern and planning is necessary and no doubt good for you, but it becomes unhealthy when life is being lived in the projections of one’s mind more than in one’s own immediate experience. Furthermore people who are in tune with their presence are infinitely more free and at peace when it comes to the dynamic dance of life, than say the person. The person most often seeks to make stable that which by nature is unstable, furthermore it always seeks to gain or add unto its own personal luggage. Additionally, in some strange and neurotic way, the identity of the person or his personal luggage even becomes their obsessive love-object that they won’t trade for anything else. In other words the person becomes very often quite reluctant to leave his or her state of personhood, even if they are wise enough to know that they are being harassed and their quality of life is being poisoned by its trickeries. In these people’s minds they simply don’t know anything else than to be a person, because that is in fact what they have been growing up with. Namely the ingrained belief that everyone is a person and one has to take everything through the filter of personhood before it becomes your experience.

That being said, if one is perceptive enough one can easily distinguish why this state of personhood is so stubborn and persistent in human beings. To name a couple prominent factors that are seemingly holding back the consciousness from direct experience, we could begin with the apparent sustainability of the personal state of existing. This could be said to be because of both the comfortability and recognisability that the personal state of existing brings to the table. The person feels like it is safe in its projections or in its gadgets and shenanigans and thus it perpetuates an indirect experiencing of life. When one becomes too comfortable with a certain way of living, one is often quite reluctant to change it for anything unknown or different, even if it means that one would be far healthier and better of without that which the comfortability so adamantly defends. So it is precisely this that the person, ego, identity or whatever we want to call it has going for it, namely that it is like a conditioned comfort zone that one so easily recognises and therefore slides back into.

You, the reader, I hope want to move beyond this bubble of the conditioned mind, for I get the sense that you have some noble aspirations within you to dive deeper and fly higher into the magnificence that is life.

My words are solely and completely written for that achieving purpose.