The Myth of Pentheus and the Vengeance of Dionysus 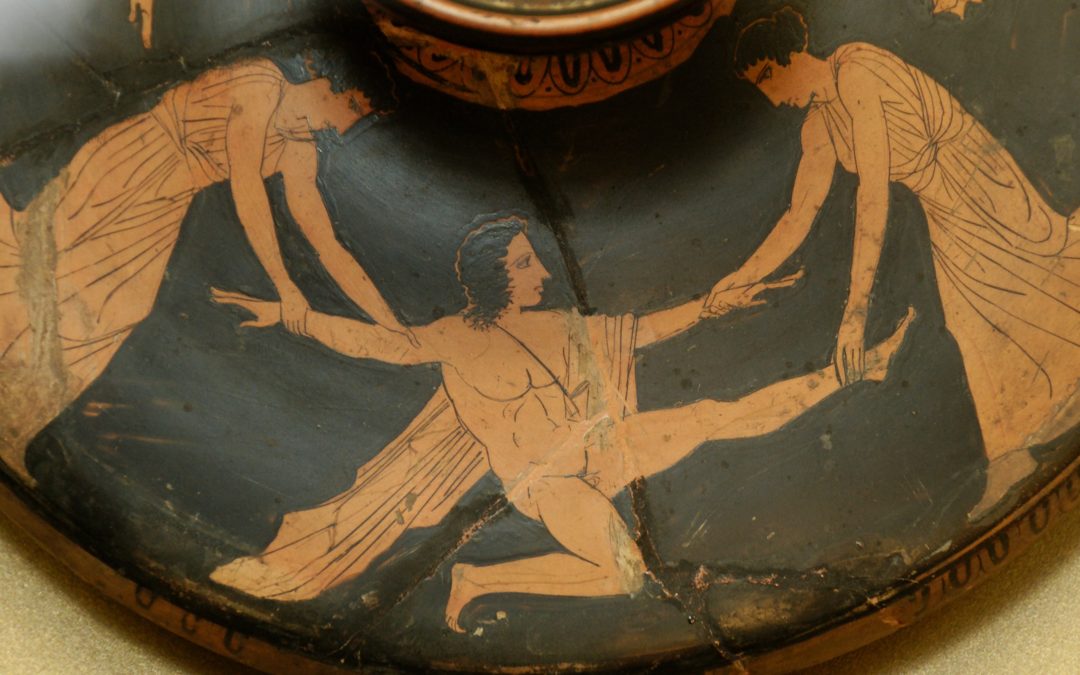 After Semele’s destruction, Dionysus was raised by the nymphs of mount Nysa, and he had now become a young, strong and proud god. So Dionysus returned to Greece and the first city he visited was none other than Thebes, the home of his mortal mother. To the citizens of Thebes he wanted to introduce them to the worship of his own divinity, as well as throughout Greece. There were many who immediately were willing to pay tribute and worship the new god.

Now King Pentheus was the one who, with the utmost determination, had resisted every thought and notion of the worship of the new god.

When he was informed that a stranger from the east had appeared in the city, who was preaching for the new god, he immediately had him arrested and imprisoned.

But in reality, the stranger was none other than Dionysus himself, who easily freed himself to complete his revenge on Pentheus. This time he approached the king wearing women’s clothing where he managed to convince him to go spy on the frenzied women in the forests. And when the two of them in each others company wandered out into the forests, he enticed Pentheus to climb a tall pine tree to get a better view of the area. But as he sat up there, he was spotted by the furious women, who then surrounded the pine tree. They shook the tree furiously and he fell off to the ground, believing in their confused craze that he was an animal. So the women pounced on him to tear him apart. He prayed for mercy, but to no avail. He turned to his own mother and asked her to spare him.

Mother, I am Pentheus, your son; have mercy on me; do not kill the one you have carried in your own belly.

But Agave just rolled her eyes wildly and remained oblivious to his pleading words. She and her sisters and all the women in their company, cried and screamed furiously, every second of the frenzy.

With the mother in the lead, they tore him limb by limb. 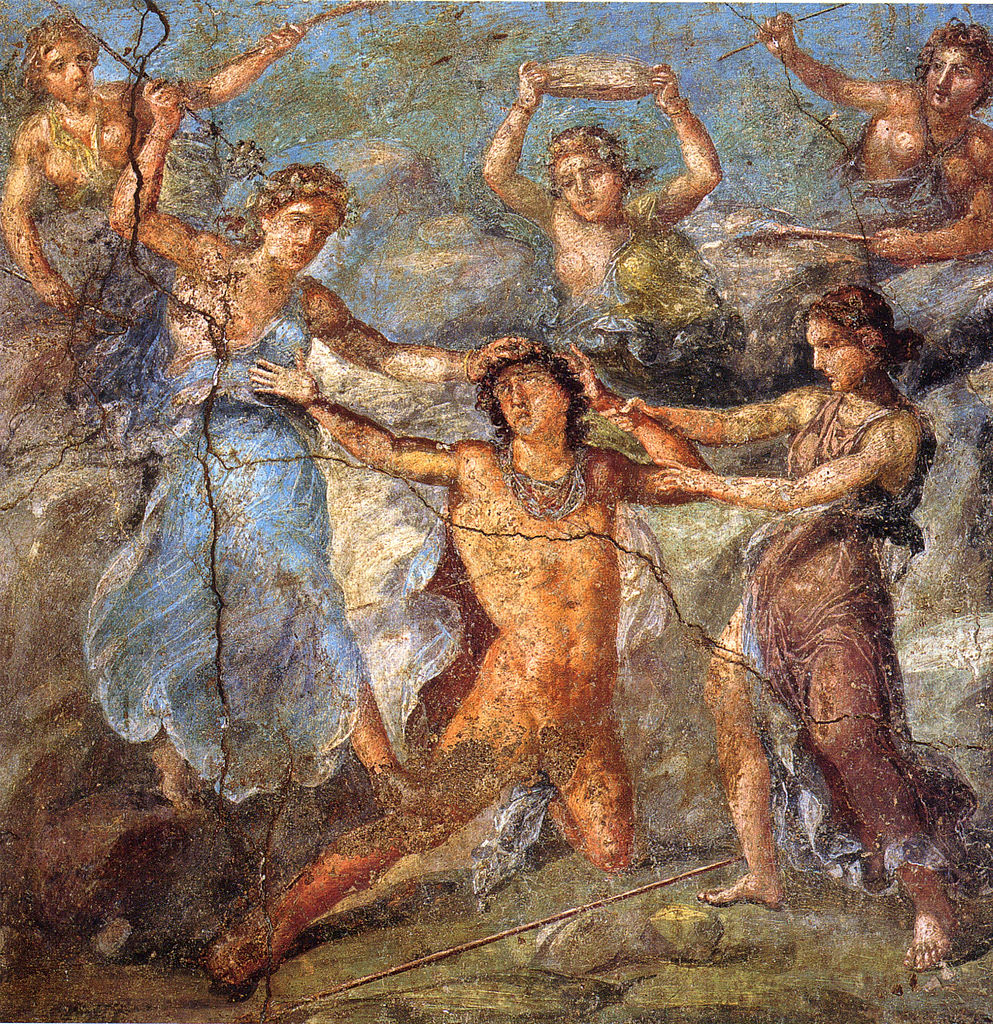 Soon after Pentheus was lying there in a bloody and scattered mess on the ground. And his own mother placed her son’s head on her staff as trophy and carried it home in a wild triumph.

So then, Dionysus had his vengeance on his enemies and displayed his mighty power.

I, the son of Zeus, have come to this land of the Thebans—Dionysus, whom once Semele, Kadmos’ daughter, bore, delivered by a lightning-bearing flame. And having taken a mortal form instead of a god’s, I am here at the fountains of Dirke and the water of Ismenus. And I see the tomb of my thunder-stricken mother here near the palace, and the remnants of her house, smouldering with the still living flame of Zeus’ fire, the everlasting insult of Hera against my mother. I praise Kadmos, who has made this place hallowed, the shrine of his daughter; and I have covered it all around with the cluster-bearing leaf of the vine.
Euripides in the Bacchae

Now Kadmos has given his honor and power to Pentheus, his daughter’s son, who fights against the gods as far as I am concerned and drives me away from sacrifices, and in his prayers makes no mention of me, for which I will show him and all the Thebans that I was born a god.
Euripides in the Bacchae

But Pentheus, grown more furious than before,
Itesolv’d to send his messengers no more,
But went himself to the distracted throng,
Where high Cithaeron echo’d with their song.
And as the fiery war-horse paws the ground,

And snorts and trembles at the trumpet’s sound ;
Transported thus he heard the frantic rout,
And rav’d and madden’d at the distant shout.

And kindled into madness as she view’d :
Her leafy jav’lin at her son she cast..
And cries : The boar that lays our country waste !
The boar, my sisters ! aim the fatal dart,
And strike the brindled monster to the heart!

Pentheus, astonish’d, heard the dismal sound,
And sees the yelling matrons gath’ring round ;
He sees, and weeps at his approaching fate,
And begs for mercy, and repents too late. —
Help, help ! my aunt Antonbe ; he cry’d ;
Remember, how your own Actseon dy’d.

Deaf to his cries, the frantic matron crops
One stretch’d out arm, the other Ino lops.
In vain does Pentheus to his mother sue,
And the raw bleeding stumps presents to view :
His mother howi’d; and, heedless of his pray’r,
Her trembling hand she twisted in his hair;

And this (she cry’d) shall be Agave’s share :
When from his neck the struggling head she tore,
And in her hands the ghastly visage bore.
With pleasure all the hideous trunk survey ;
Then pull’d and tore the mangled limbs away,
As starting in the pangs of death it lay.
Soon as the wood its leafy honours casts,
Blown off and scatter’d by autumnal blasts,
With such a sudden death lay Pentheus slain,
And in a thousand pieces strew’d the plain.

By so distinguishing a judgment aw’d,
The Thebans tremble, and confess the god
Ovid in the Metamorphoses bk. III