The Myth of Procne and Philomela 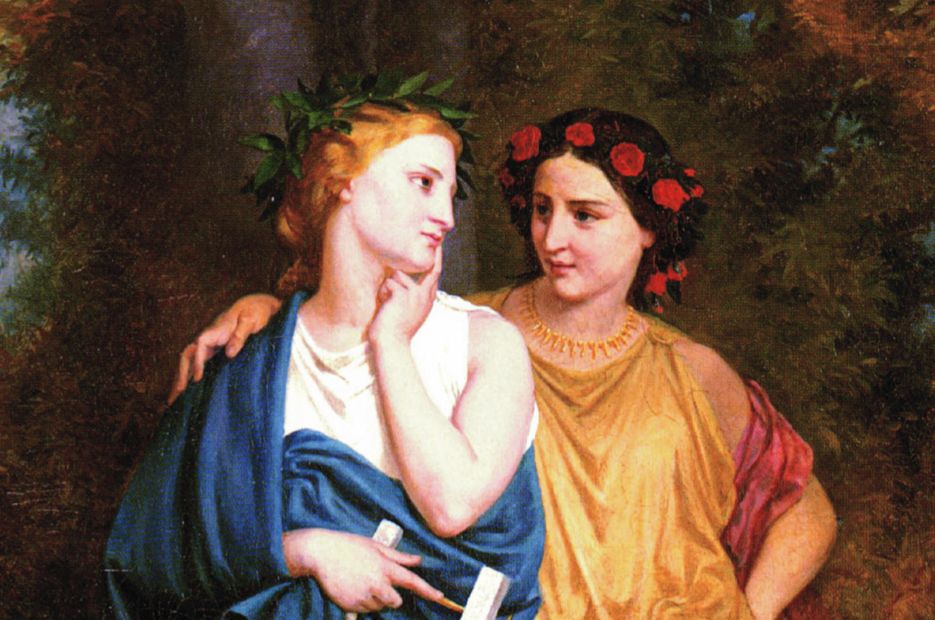 Once during a war King Pandion of Athens had received help from the Thracian King Tereus of Daulis and as a way of thanking him, he gave his daughter, the Athenian princess Procne, to him in marriage. With her, Tereus had a son, Itys.

After a few years passed, Procne started missing her younger sister, Philomela, who had during that time grown up into a beautiful young woman. So King Tereus himself went down to Athens to retrieve Philomela. But there Tereus was overwhelmed with lust towards the fair Philomela. He told her how much her sister Procne missed her and managed to persuade her to accompany him on his journey north, back to Daulis. Once the ship was midway to Daulis, he decided to lock her up in one of the cabins as a captive, and in there he raped her and practiced disgraceful violence against her. In order for Philomela to never tell her sister what had happened to her, he brutally cut out her tongue so that she would forever remain mute. When he came back to Procne, he told her that her sister was dead and gone, so Procne mourned deeply for the passing of her beloved sister.

For one whole year, Philomela was imprisoned by Tereus, all the while planning her revenge against him. She knew how to weave so skillfully that she could depict what had happened to her on a cloth, and when had finished she called upon a loyal servant to Procne to hand over the message. And so Procne found out the whole terrible truth of what had happened to her sister. 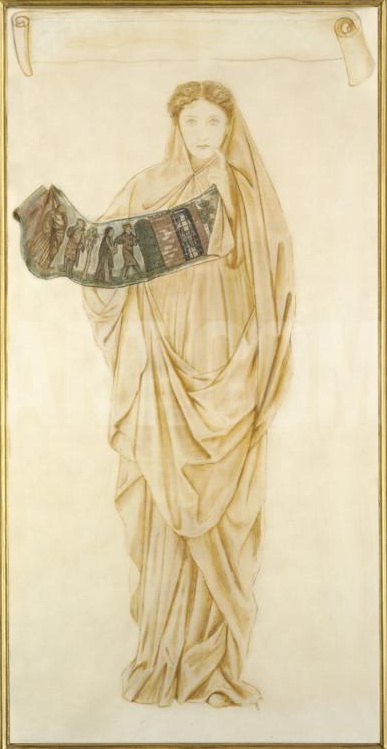 Philomela’s cloth and weaving depicting what happened to her

During this time, the Thracian women of Daulis celebrated a feast in worship of Dionysus in the night.

Procne left her palace and together with a group of her loyal companions went to the prison where Philomela was hidden. Here she broke open the door, freed and embraced her beloved sister, as Procne held her to her bosom while they were cried and and comforted each other. After a short while, the two sisters headed back to the palace of the king, where they would take a terrible revenge. Procne slaughtered her own young son Itys, cut his body up and prepared a meal. Then she summoned the unsuspecting Tereus and prepared and served him the terrible meal. When he was filled and satisfied with his meal, Philomela ran forward while holding and displaying his son’s severed bloody head to him. 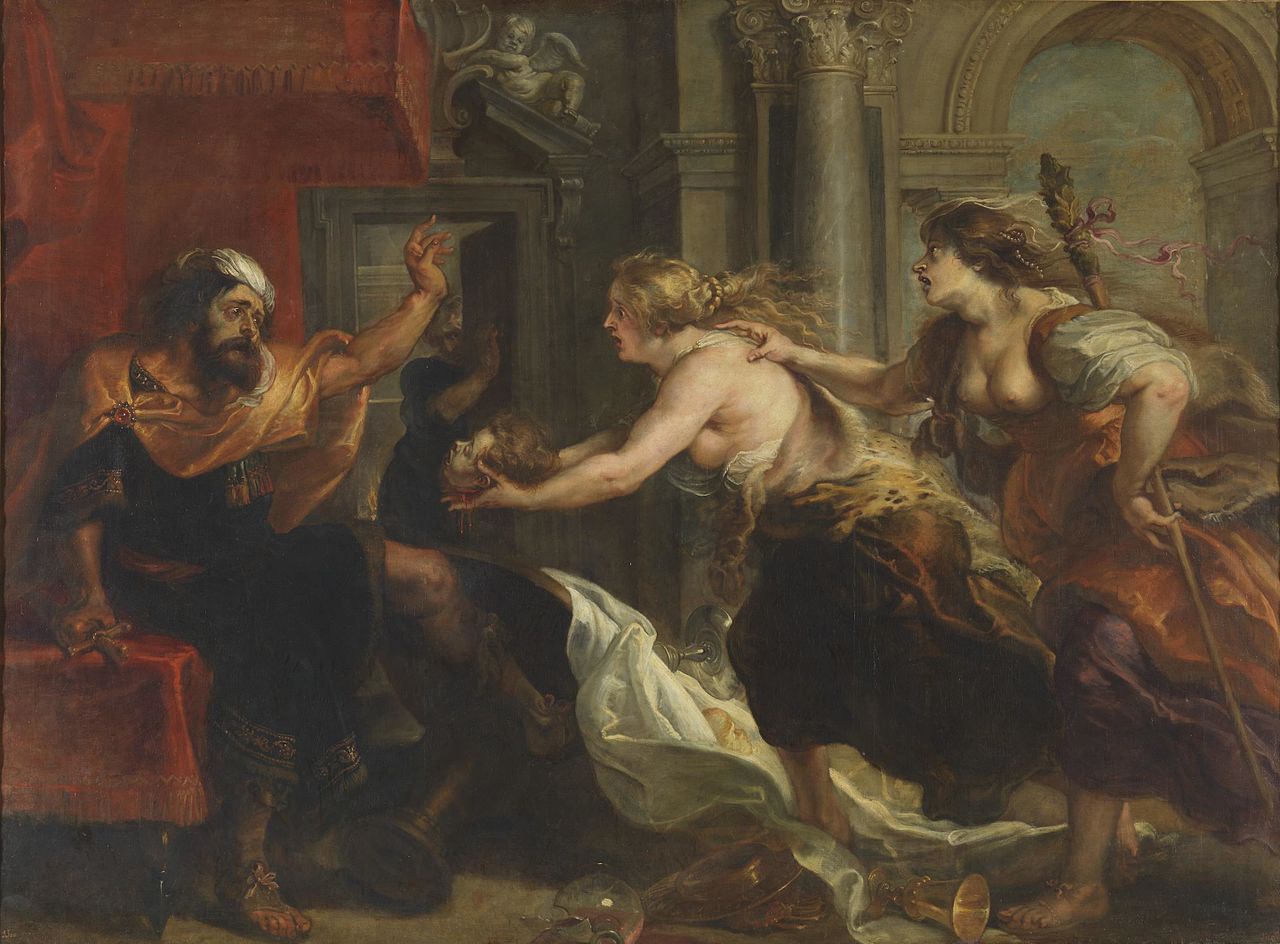 Tereus confronted with the head of his son Itys (oil on canvas, painted 1636–1638), one of the late works of Flemish Baroque painter Peter Paul Rubens

Tereus, horrified by this gut-wrenching confrontation, stood up in furious vengeance and chased the two women with his sword, but just as he was about to knock them down, all three of them turned into birds by the gods:

Procne to a nightingale, Philomela to a swallow, and Tereus to a hoopoe.

The sun-god has circled the twelve signs, and a year is past. What can Philomela do? A guard prevents her escape; the thick walls of the building are made of solid stone; her mute mouth can yield no token of the facts. Great trouble is inventive, and ingenuity arises in difficult times. Cleverly, she fastens her thread to a barbarian’s loom, and weaves purple designs on a white background, revealing the crime. She entrusts it, when complete, to a servant, and asks her, by means of gestures, to take it to her mistress. She, as she is asked, takes it to Procne, not knowing what it carries inside. The wife of the savage king unrolls the cloth, and reads her sister’s terrible fate, and by a miracle keeps silent. Grief restrains her lips, her tongue seeking to form words adequate to her indignation, fails. She has no time for tears, but rushes off, in a confusion of right and wrong, her mind filled with thoughts of vengeance.

It was the time when the young Thracian women used to celebrate the triennial festival of Bacchus. (Night knew their holy rites: by night, Mount Rhodope rang with the high-pitched clashing of bronze). By night the queen left her palace, prepared herself for the rites of the god, and took up the weapons of that frenzied religion. Tendrils of vine wreathed her head; a deerskin was draped over her left side; a light javelin rested on her shoulder. Hurtling through the woods with a crowd of her companions, terrifying, driven by maddening grief, Procne embodies you, Bacchus. She comes at last to the building in the wilderness, and howls out loud, giving the ecstatic cry of Euhoe, breaks the door down, seizes her sister, disguises her with the tokens of a wild Bacchante, hides her face with ivy leaves, and dragging her along with her, frightened out of her wits, leads her inside the palace walls.

When Philomela realised that she had reached that accursed house, the wretched girl shuddered in horror, and her whole face grew deathly pale. Procne, once there, took off the religious trappings; uncovered the downcast face of her unhappy sister, and clutched her in her arms. But Philomela could not bear to lift her eyes, seeing herself as her sister’s betrayer. With her face turned towards the ground, wanting to swear by the gods, and call them to witness, that her shame had been visited on her by force, she made signs with her hands in place of speech. Procne burned, and could not control her anger, reproaching her sister for weeping, saying ‘Now is not the time for tears, but for the sword, or for what overcomes the sword, if you know of such a thing. I am prepared for any wickedness, sister; to set the palace alight with a torch, and throw Tereus, the author of this, into the midst of the flames; or to cut out his eyes and tongue, and the parts which brought shame to you; or to force out his guilty spirit through a thousand wounds! I am ready for any enormity: but what it should be, I still do not know yet.’
Ovid in the Metamorphoses bk. VI

You might think the Athenian women have taken wing: they have taken wings. One of them, a nightingale, Procne, makes for the woods. The other, a swallow, Philomela, flies to the eaves of the palace, and even now her throat has not lost the stain of that murder, and the soft down bears witness to the blood. Tereus swift in his grief and desire for revenge, is himself changed to a bird, with a feathered crest on its head. An immoderate, elongated, beak juts out, like a long spear. The name of the bird is the hoopoe, and it looks as though it is armed.
Ovid in the Metamorphoses bk. VI