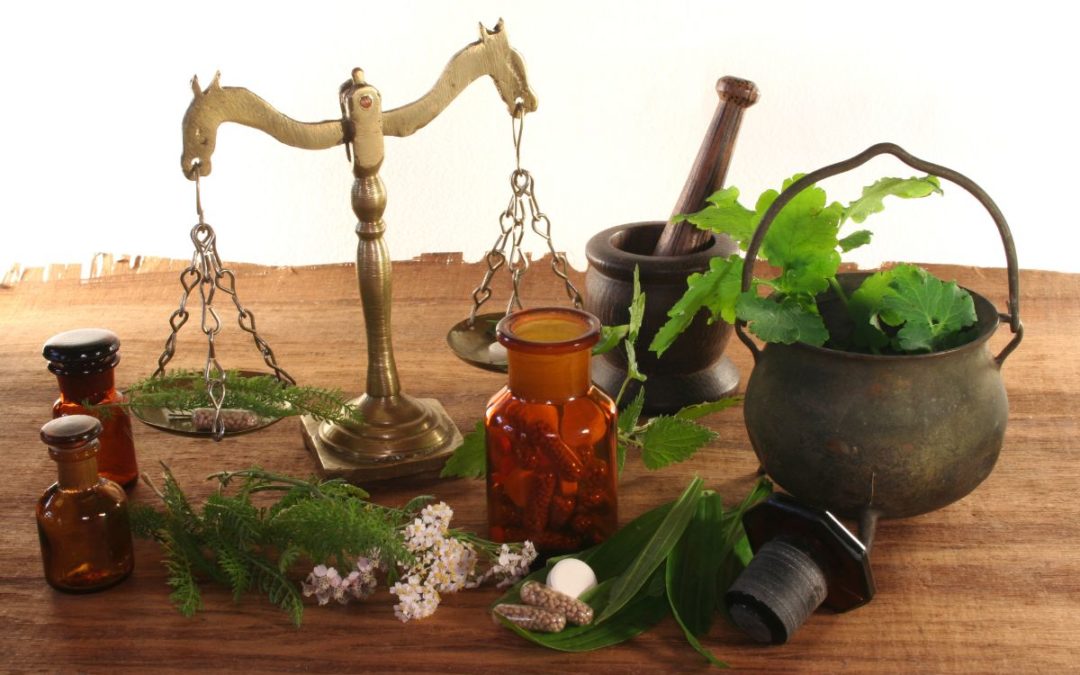 The term pseudoscience refers to beliefs, theories, or practices that have been or are considered scientific, but have little to no basis on scientific fact. These theories have either been disproven scientifically or lack evidence to support them. The term generally has a negative connotation. Many pseudoscience practices such as phrenology, which involves the measurement of bumps on the skull to predict personality and mental traits, have been abandoned altogether. The following are 4 pseudoscience practices which may offer at least some knowledge and are still practiced in modern day.

Dowsing also known as divining, water witching or doodle-bugging is a type of divination used to locate ground water, buried metals, gemstones, oil, gravesites, and other materials without the use of scientific apparatus. Dowsers usually use a tool such as a Y-shaped stick, branch, or twig. Rods (often L shaped) and pendulums are also sometimes used in dowsing, some claim that they can find water or other objects without tools at all. Dowsing is an ancient practice found across the world whose origins are lost in history. It is thought to date back at least 8,000 years, due to discovered wall murals in the Tassili Caves of North Africa depicting tribesmen surrounding a man with a forked stick who appears to be dowsing for water.

Dowsing is regarded as a pseudoscience as no one including dowsers seem able to explain just how the process works, some claim that strong psychic energy is radiated by the object while others believe that ghosts, spirits, or mysterious Earth energies direct the dowsers to their target. Today there are numerous individuals and even businesses across the world which offer (usually for a fee) dowsing services.

The practice of dowsing may still have some believers, but in the several studies conducted on the theory there has been no evidence that finds dowsers any more effect than random chance. The dowsing sticks and rods do move, but this is not due to anything underground. Instead the tools are only responding to the random movements and vibrations of the person holding them. Sceptics also argue that dowsers who may appear to have a good track record for success are either just lucky or have good instincts or knowledge for where to find water and other minerals.

Astrology is the study of heavenly objects, most notably stars and their impact on human lives. According to astrology the position of the sun, moon, and planets at the time of a person’s birth is said to shape their personality, affect their romantic relationships, and predict other factors of their life.

Astrology is the oldest pseudoscience on this list. Astronomical observation first started with the early civilizations of Mesopotamia, the prominent constellations are recognized and named soon after 3000 BC. In the 18th century BC Babylonians realize that the sequence of constellations along with the sun and planets move through the heavens and can be used as an accurate way to measure time if divided into recognisable and equal segments. Twelve constellations were selected, thus creating the concept of the zodiac. Forecasts of a person’s future based on their zodiac are still provided today and regularly appear in newspapers as horoscopes.

Astrology in some ways does appear to have some basis on science, as it uses scientific, its effectiveness in these controlled studies have had no scientific validity. Confirmation bias where believers tend to selectively remember predictions that turn out to be true and forest those that turn out false is a likely explanation for astrology. Interest in the theory lead to the creation of star charts and methods for measuring time, so while the practice of itself is questionable, the methods developed for astrology are still used today.

According to Chinese medicine, thin needles may unblock and open up the Qi (lifeforce)

Acupuncture is a key component of traditional Chinese medicine in which thin needles are inserted into the body. The theory behind acupuncture is based on the premise that there are patterns of energy flow (qi) through the body which are essential for good health. Disruptions to this flow are believed to be responsible for sickness. It is believed that the fine needles used in acupuncture may correct these imbalances of the body’s energy, stimulate healing, and promote relaxation. There are over 1,000 acupuncture points on the body, each lying on an invisible energy channel or “meridian,” each meridian is associated with a different organ system.

Acupuncture is regarded amongst the oldest practices of traditional Chinese medicine. Most historians believe the practice began in China. The earliest archaeological evidence of acupuncture are some gold and silver needles found in an ancient tomb from around 100 BC. In modern day acupuncture is practiced across the world but is still regarded as a pseudoscience because the theories and practices are not based on any proven scientific medical knowledge. Acupuncture has been credited as an effective treatment for pain, insomnia, anxiety, and other medical problems. Sceptics however argue that acupuncture only works as either a placebo or the needles release endorphins which are the body’s natural “feel good” chemicals which relives pain.

Numerous studies and research experiments have been conducted to study to effectiveness of acupuncture. In one experiment half the participants were given an acupuncture treatment from a trained specialist while the other half received a treatment in which needles were randomly (but safety) placed on their body. Significant differences were reported between participants who received true and sham acupuncture, indicating that acupuncture is more effective than a placebo. In other studies acupuncture has been found to be at least a somewhat effective treatment for chronic pain, nausea, anxiety, and sleep.

Homeopathy is a medical practice based on the belief that diluted amounts of certain natural substances can be used to treat various ailments. A basic belief behind homeopathy is that “like cures like.” So, something that brings on symptoms in a healthy person can in extremely diluted amounts, treat an illness with similar symptoms. This is meant to assist in activating the body’s natural defences and healing process. For example, onions make eyes watery and that is why onion is used in homeopathic remedies for allergies. Homoeopathy uses animal, plant, mineral, and synthetic substances in its preparations, which are weakened by adding water or alcohol. The mixture is shaken as part of a process called “potentization,” it is believed that this step transfers the healing essence of the ingredients.

The concept of “like cures like” is thought to have been first theorised by early Greek physician Hippocrates around 400 BC. Hippocrates is said to have prescribed a small dose of mandrake root to treat mania, knowing it produces mania in much larger doses. The term homeopathy was developed in the late 1700s by German physician Samuel Hahnemann. Homoeopathy achieved its greatest popularity during the 19th century. The first homeopathic school opened in the US in 1835 and in 1844, the American Institute of Homeopathy was established. Today homeopathy is regarded as an alternative medicine by some supporters and homeopathic treatments are sold in health food stores.

Homeopathy has been largely criticised as having no health benefits, the theory is considered quackery by most medical doctors. Even if certain substances could be beneficial, homeopaths believe that lowering the dose increases the power of the medicine, in fact many homeopathic remedies no longer contain any molecules of the original substance. Since the beginning of the 21st century a series of meta-analysis has shown that therapeutic claims of the practice lack any scientific justification. Studies conducted on homeopathy tend to find that the practice only “cures” things such as mild colds; that given time, would heal anyway.

Immerse Yourself in the Now

Subscribe and Get Free Access to 12 Powerful Ways of Focusing on the Present Moment. Be here now. Learn how to cut the distractions, both internal and external.

This was written for you, the earnest seeker for truth and full existential understanding. Anyone that is sufficiently open to new insights is welcomed to participating in this adventure through what humanity has discovered to be great spiritual truths.

Though humanity and its members have passed through thousands of years and many ages of contemplations and understandings, these following teachings I deem to be the pinnacle of all that wisdom.