The Usage of Psychedelics for Anxiety, Depression and More 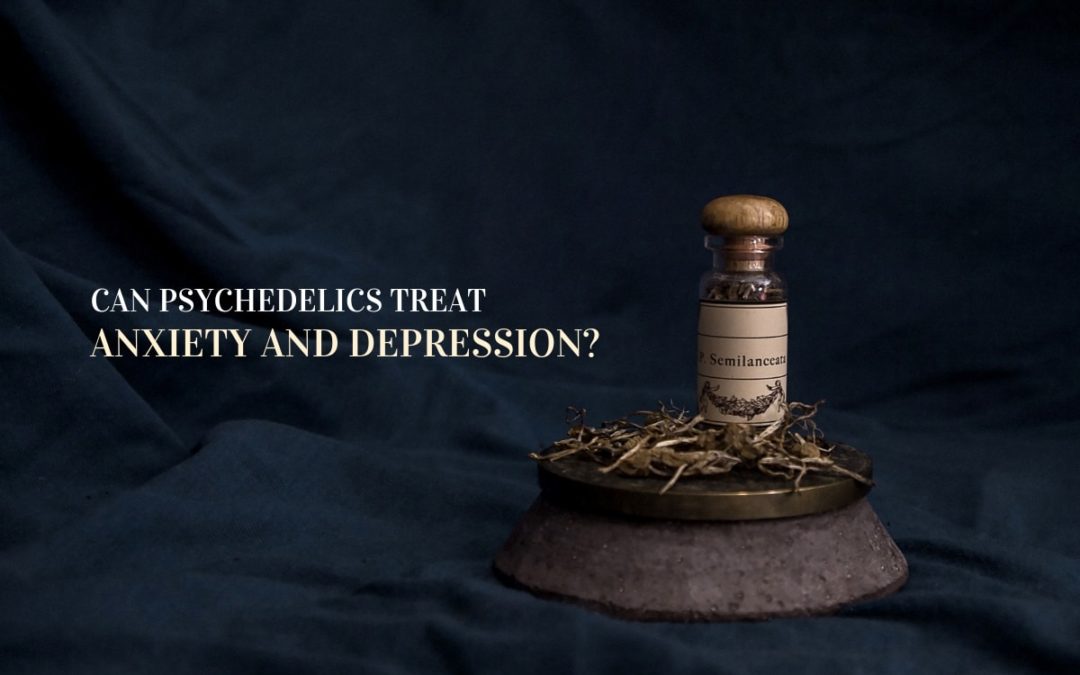 Once a good friend told me that his biggest regret was that he did not recommend psychedelics for a friend suffering from depression. Later the friend committed suicide, leaving those close to him, as always in the case of suicide, wondering: “was there anything that could have been done..?” For those having experienced personally the transformative powers of psychedelics, the burden may feel even heavier, for we know of the existence of other realms beyond the everyday consciousness. Still, often we are held back from sharing our experiences, often due to the difficulty of explaining them, or fearing being judged.

Many people suffering from depression describe that their biggest struggle in the battle against the illness is the inability to shift their view of life not being worth living. No matter what is going on on the outside, the inner realm is frozen by immovable despair. Antidepressants are known to work for some, but for some they may even make things worse. Current system of psychiatry has failed to come up with solutions which would provide long-term alleviation. Surely much can be said for the amazing discoveries that have been made during the past century regarding the interaction of brain and behavior, but by narrowing down the personhood to brain chemistry, something of the integrity of the individual diminishes.

The fact of the matter is that by clinging to materialistic values Western society is growing increasingly distant from any belief systems which may be helpful in understanding and participating in natural cycles of life. We have been moulded into believing that logical and rational worldview is the most evolved way of seeing reality, for it puts the individual in charge of their own lives, without depending on an external entity. What remains unresolved is how the rational worldview responds to the spiritual vacuum that is created by stripping away concepts such as faith and interconnectedness of all beings. Perhaps we as humans are still too young to realize that something of our internal world longs for the connection with something beyond the seen, and that a single direct experience with that kind of quality can be enough to assure a person that life is worth living.

Psychedelics as medicine for the psyche

Luckily, it is becoming increasingly evident that the strange, illuminating, and wondrous world of psychedelics is good for a whole lot more than neon-light colored electronic music parties. Recent research has began to confirm what has been long known among users: psychedelics can help to trigger a shift in perception which is vital for healing from mental illness such as depression by changing the standard mode of perception. On the contrary to what has been believed of the stableness of personality, studies have shown that a single dose of psilocybin can change the personality traits with a long-lasting effect, decreasing the level of neuroticism, and increasing openness to experience.[1]

Perhaps the most staggering example of the benefits regarding anxiety and depression, is a study conducted at Johns Hopkins university with terminal cancer patients, who were assigned a dose of psilocybin mushrooms.[2] The results of the randomized double blind trial study indicate that a single dose of psilocybin mushroom produced substantial and sustained decreases in depression and anxiety in patients with life-threatening cancer. In a recent documentary ‘A New Understanding: The Science of Psilocybin’ some of the patients who partook in the study were interviewed, and their testimonies of the experiences were profound and touching. Many participants had experiences which helped them to overcome fear of death, and they felt the experience helped them to enjoy their remaining time with loved ones to the fullest, and eventually made the final transition easier. [3]

On the other hand, those with first-hand experiences of psychedelics know that promoting them as an ‘easy solution’ for mental illnesses is not quite true either. Psychedelic experiences can be healing, but they can also be terrifying, strange and even permanently damaging. The risks should always be well-known by those who wish to experiment with them. Nevertheless, risks can be significantly lowered by correct set and setting, and by having significant amount of information of the potential effects. Nevertheless, psychedelics will never be a cure for everyone, and there are plenty of people who rightfully do not wish to have their state of mind altered by a substance.

Perhaps the question is no longer whether psychedelics can treat depression or not. By now we know they can, but is our society prepared to deal with everything else that psychedelics can and will do? For psychedelics do not only do a single thing, such as curing depression. On the contrary, their effect is overwhelmingly holistic. They treat mental illnesses by going to the core of the matter. Many taking psychedelics describe a sense of ‘veil being lifted’, an unseen reality being revealed, and with the opening of understanding that reality is not what it appears to be.

One of the founding fathers of Jewish Renewal Movement, rabbi Arthur Green, who experimented with psychedelics in his youth during the 1960’s, describes the afterglow of his first LSD experience with the following: “Our very notion of sanity in the Western world is here being called into question. If the self and its everyday vision are said to be illusion (or at best half-truth), what place is left for sanity as the ability to distinguish the “fantastic” from the “real?”[4] Is our society willing to lift the illusionary veil and accept other states but the normal everyday consciousness as legitimate ways of experiencing reality? As states which not only could be accepted, but could be seen as beneficiary, as illuminating and creative, and as healing?

Time will show, but it seems that the direction that we are heading is the correct one. More and more people are awakening to the potential of psychedelics. In the middle of global political crisis, which is drawing people to extremes and fundamentalism, and at the impending doom of the natural disaster that is threatening our home planet earth, more people are realizing that radical measures need to be taken in order to bring ourselves closer to real solutions. Psychedelics may not be the solution, but they can certainly play a key part, if only we give nature her chance.