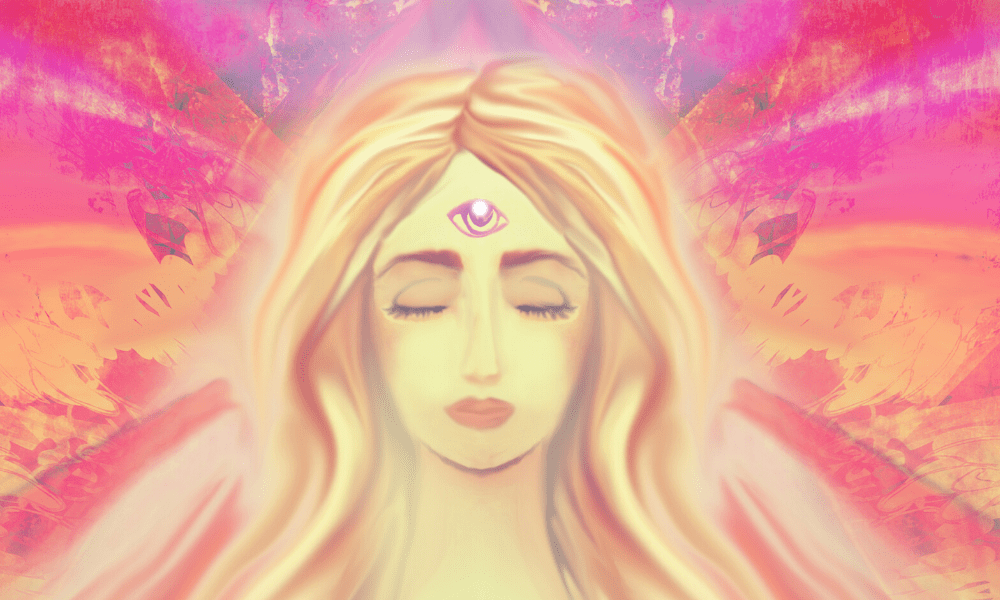 In today’s media psychedelics are frequently hailed as a miracle cure for depression, as catalyzers of mystical experiences, and as potential all-around cure for modern capitalist consumers disconnected from nature and from one another. Since the 1960’s psychedelics have been strongly associated with ‘spiritual awakenings’: life transforming events in which one’s previously associated values are no longer found fit, leading to drastic changes in terms of general behavior. Often mentioned reason for such changes is ‘experiencing oneness with the Universe’, something also referred to as ‘ego-loss’. During such experience ‘the illusion of separateness’ is revealed, and for a moment the person experiences herself, not as an individual tied to usual perceptions of Self and Body, but as a being deeply connected to everything living. Although these moments may be brief, they are frequently accompanied with tremendous amount of previously unseen insight and perspective to person’s life.

Even more peculiarly, at times psychedelic experiences are accompanied by phenomena, which is frankly unexplainable, from the common point of view. Examples of such phenomena are, for instance: an out-of-body-experience, a near-death-experience, telepathic connections, or precognitive. These phenomena are often referred to ESP, referring to extrasensory phenomena, or simply as psi. There is a clear discrepancy regarding psi phenomena. Although most people would first hand declare that ESP is not ‘real’, still nearly half of Americans report having had at least two unexplainable or supernatural instances during their lives, (and these are people who are not users of psychedelics). [1]

Despite that orthodox science continues to reject all evidence of the existence of psi-phenomena, history of psychology is deeply intertwined with parapsychological investigation. Pioneering psychologist William James was an early member of the Society for Psychical Research, which was founded in 1882. Until this day, the principal areas of study of the institute concern exchanges between minds, or between minds and the environment. This is a large area, incorporating topics such as extrasensory perception (telepathy, clairvoyance, precognition and retrocognition), psychokinesis (paranormal effects on physical objects, including poltergeist phenomena), near-death and out-of-the-body experiences like astral projection, apparitions, hauntings, hypnotic regression and paranormal healing. 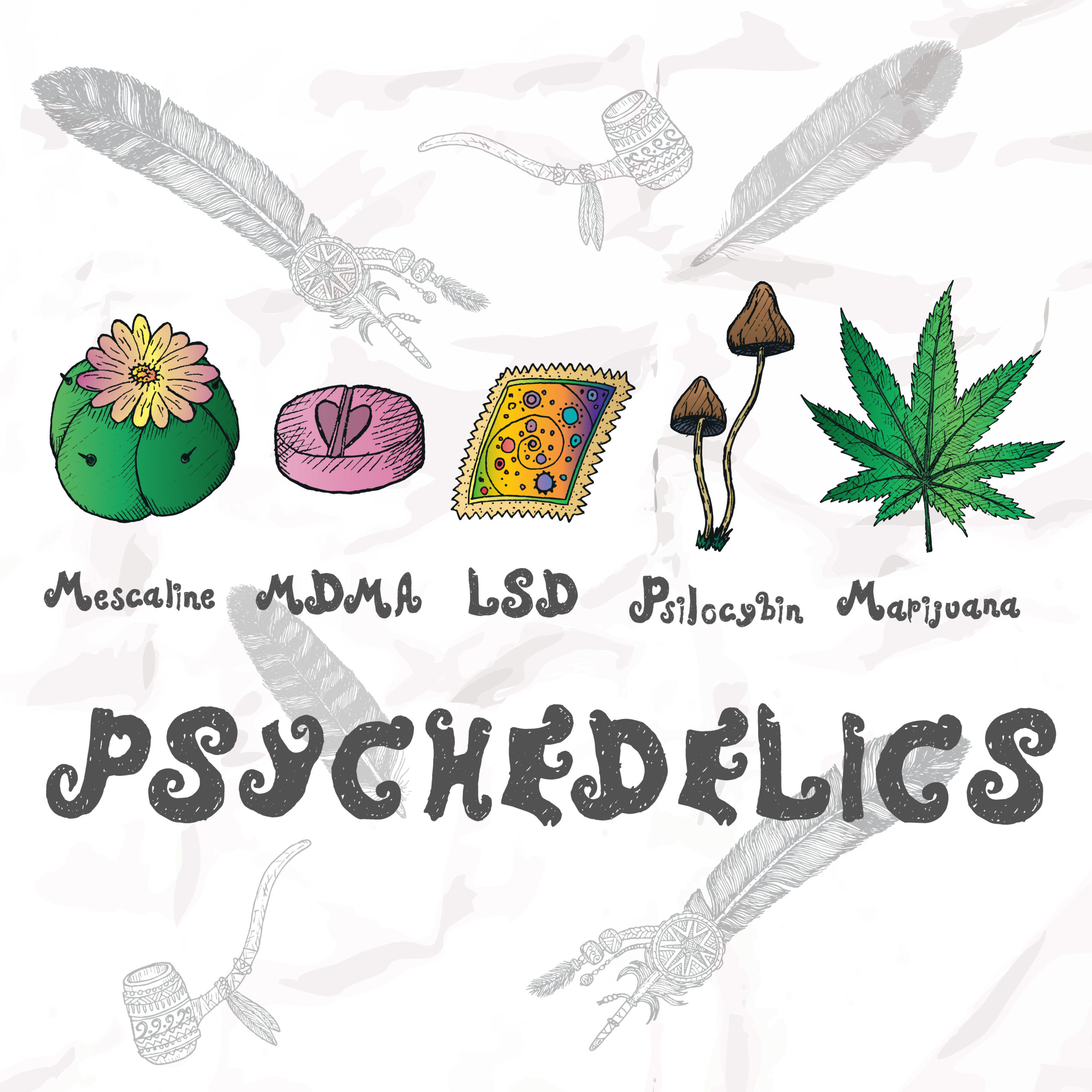 Psychedelic renaissance is taking place along with rising interest for psychic capacities, and the study of the two may be mutually supportive. Pioneering parapsychologist Stanley Krippner, who has dedicated his lifetime of work for studying and writing about altered states of consciousness, dream telepathy, hypnosis, shamanism, dissociation, and other parapsychological subjects, has during the recent years placed a large emphasis on the role of which psychedelics may play in the induction of psi-phenomena.

“A trawl through the pertinent literature reveals that occasional experiences of PK or “psychokinesis” (the purported direct influence of mind on matter) and, more frequently, ESP – both of which come under the umbrella term “psi” – are reported by between 18% to 83% of people surveyed,” Krippner writes.[2] Other practitioners, such as Stanislav Grof, known to have conducted over 4000 LSD-sessions with patients, has declared during this time having witnessed ESP phenomena on a daily basis.[3]

Krippner and Grof are pioneering researchers who have been exploring the connection between psi-phenomena and psychedelics since 1950’s. According to psi-encyclopedia, the phenomena first began with R. Gordon Wasson, the renowned anthropologist, and reportedly the first Westener to participate in ceremonies with mushroom healers in Mexico. At the time Wasson wrote that often in the ceremonies some unexplainable, supernatural things would take place. Due to influence of Wasson, accompanied with Aldous Huxley’s reports of his experiments with mescalin, some researchers during the were inspired to explore the connection between ESP and psychedelics. For instance, well-known parapsychologist J.B. Rhine is also known to have conducted informal psi-psychedelic sessions together with Harvard psychologists Timothy Leary and Richard Alpert. [4]

Most of this kind of research was banned during 1960’s, and at present, it is very hard for the researchers to obtain neither funding nor approval from scientific committees for such projects. Despite the frequent self-reports, experimental investigation of psychedelic-psi phenomena is still waiting for its time. The thing is: testing psi-experiences with experimental studies is hard. People under psychedelics are not easiest test subjects, and there is no conclusive evidence to show that psi-phenomena takes place consistently.

This does not stop us from wondering, that of psychedelics and psi-phenomena would go hand-in-hand, where does that leave us in terms of what we understand of human mind? Although the question may seem far-fetched, there are speculations that psychedelics have been essential for the development of human species.

According to the Stoned Ape theory by Terence McKenna, psychedelic mushroom may in fact have been the catalyst, which brought the human-ape an increased awareness of its social environment, eventually helping us to develop our linguistic abilities.

As s species, which is continuously evolving and adapting, can we assume that the present state is the ultimate state of human beings? Would it be too daring to assume that psychedelics could reveal something about human capacity, which we have not understood before? Even without scientific verification, there are enough reported accounts of extrasensory phenomena to make one question whether psychedelics could help to explain such phenomena. 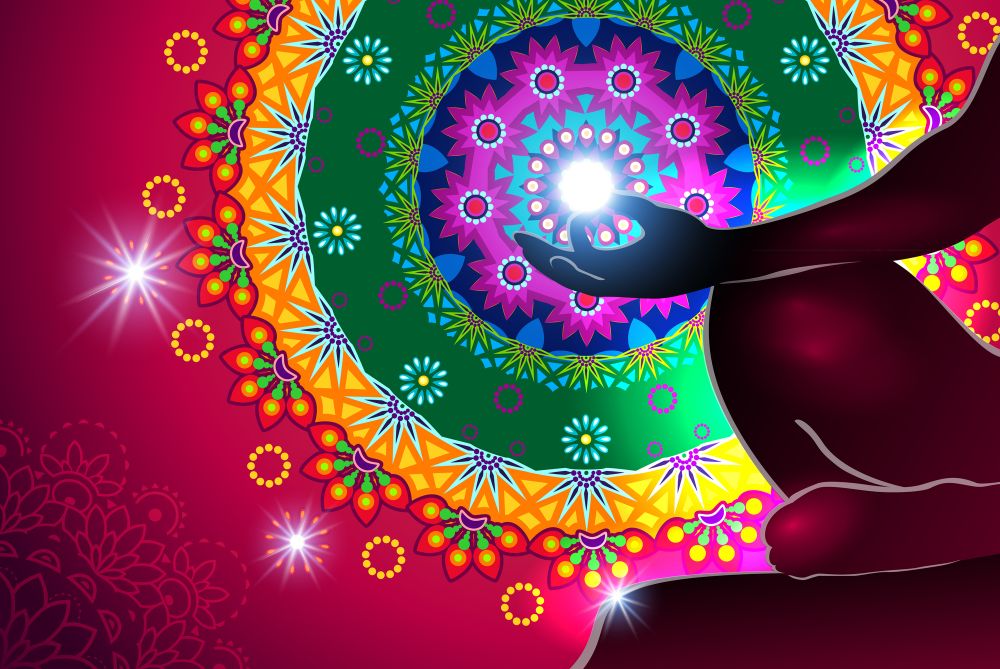 “The world is full of magic things, patiently waiting for our senses to grow sharper.”