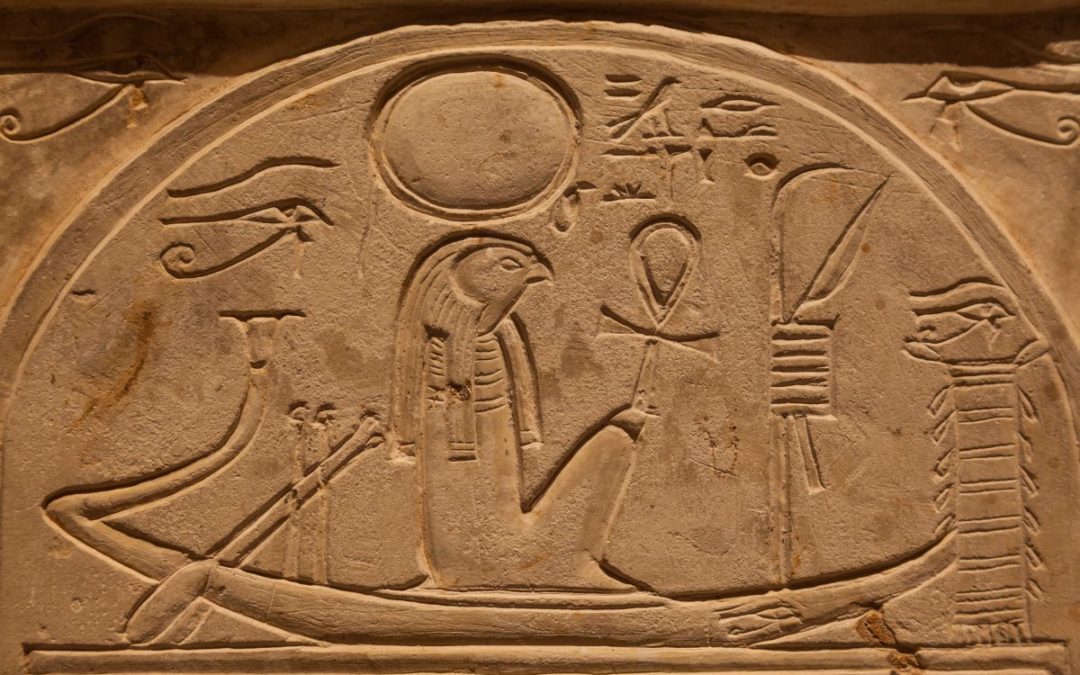 Ra, pronounced Rah or Ray/Re, was the ancient Egyptian God of the Sun, he was also regarded as the king of the gods. Though there have been a couple deities associated with the sun in ancient Egypt, Ra was definitely the most worshipped. Ra was elevated to this major position in the 25th – 24th centuries BCE during the Fifth Dynasty of the Old Kingdom. Ra was one of the most, if not the most revered and important god in the ancient Egyptian pantheon for almost two thousand years.

Ra was often portrayed as having a human body with hawk head with a sun disk resting on top of it. The word and term Ra is also believed to mean something along the lines of “the creative principle” or creativity.

In a process called syncretism, Ra was frequently merged with other Egyptian gods, most notably the early creator god Atum to form Atum-Ra and later Amun to form Amun-Ra, which became the most prominent deity of the late Middle and New Kingdom.

One of the most important mythological stories including Ra was his daily journey through the Duat each night, a mysterious astral region connected to death and rebirth. In this journey he met with the underworld god of regeneration Osiris and he battled and defeated the serpentine God of Chaos Apep each night in order to restore order and for the sun to rise anew each morning. Ra’s journey represented the victory of order over chaos and of life over death. This mythological story of Ra’s journey were found in the famous “Books of the Netherworld”.

In some ancient Egyptian mythos and stories Ra had many different forms in which he displayed himself during the time-span of a day, most notably a beetle (Khepri) in the morning, a solar disc in the noon and as a ram headed man during sunset.

Ra was regarded as the father of many gods and goddesses in the ancient Egyptian pantheon moreover humanity and the rest of creation for that matter was supposedly created by the tears of Ra.

It was a common practice among pharaohs to associate and identify themselves with Ra, this was most likely done in order to further their power, influence and status amongst the people of Egypt.