7 Unique Religious and/or Ethnic Groups in the Middle East 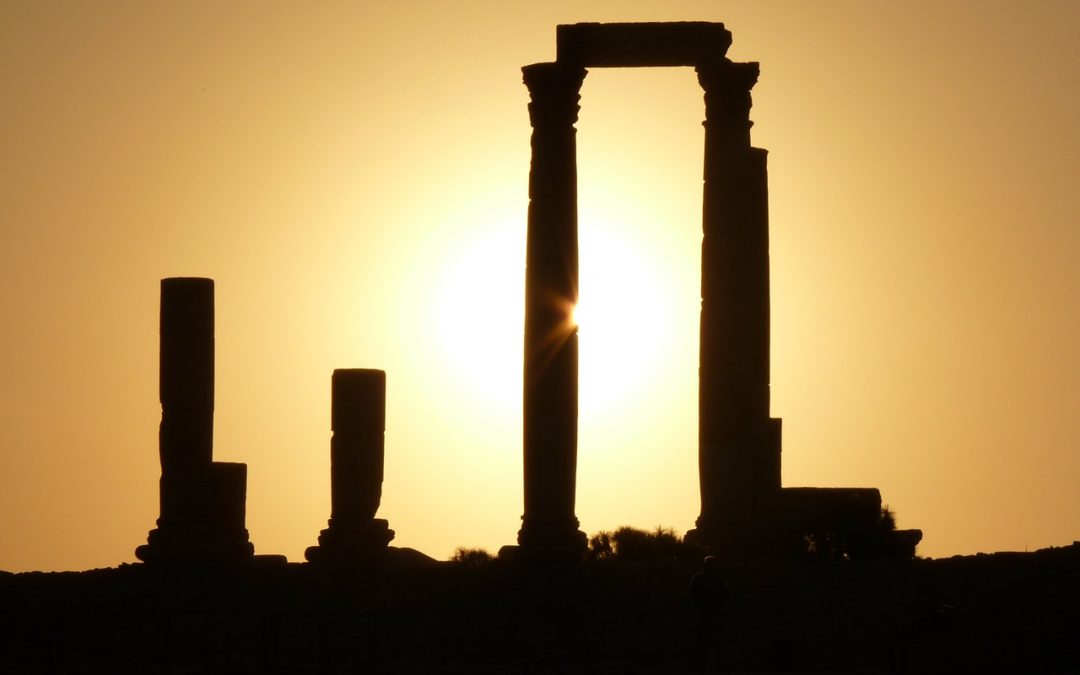 Most people think the Middle East—a transcontinental region arguably stretching from Egypt through Iran—is a uniformly Muslim place, with a small pocket of Jews in Israel, and scattered Christian communities around parts in close proximity to the Mediterranean.

But the Middle East is far from homogenous. Moreover, while the larger countries themselves are all very different, there are also smaller pockets of unique ethnic and/or religious groups, each with their own religion, language, and cultural ways. Let’s take a look around the region. 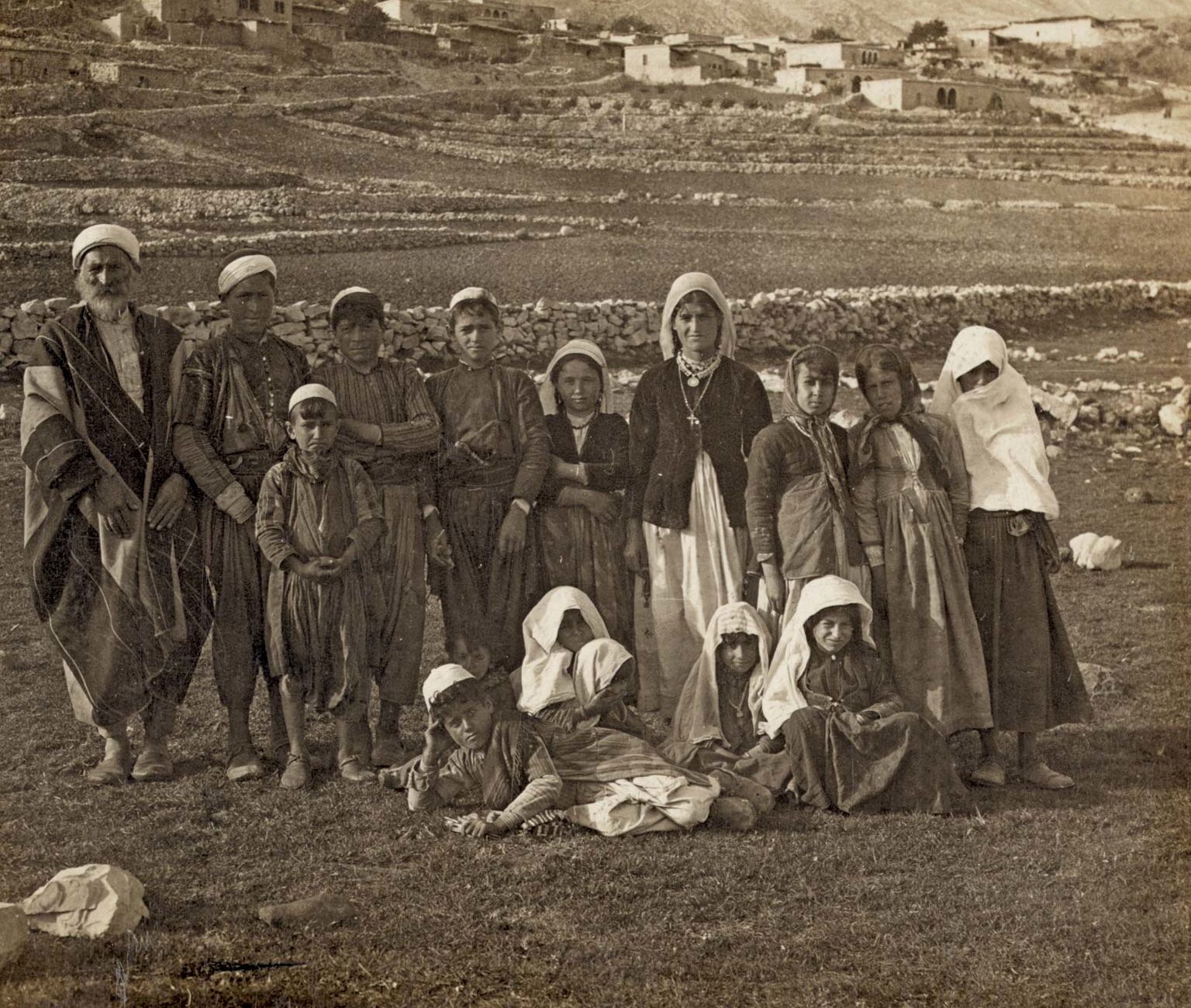 The Druze are a small ethnic group of around anywhere between 800,000 and 2 million, scattered around the world, but mostly concentrated in Israel and Jordan. Though outsiders may consider them muslims, the Druze practice an esoteric faith—mostly concealed from outsiders—that blends Islam, Greek philosophy (noticeably that of Plato, Aristotle, and Pythagoras), and Gnosticism: the idea that divine sparks are trapped within man, and can only be released through the attainment of knowledge or gnosis (this is a gross oversimplification). The Druze have no formal clergy, but only those who are well-versed in the principles of their religion. They do not intermarry, but have peaceful relations with the countries in which they currently reside; for example, many Druze serve in the Israeli military. 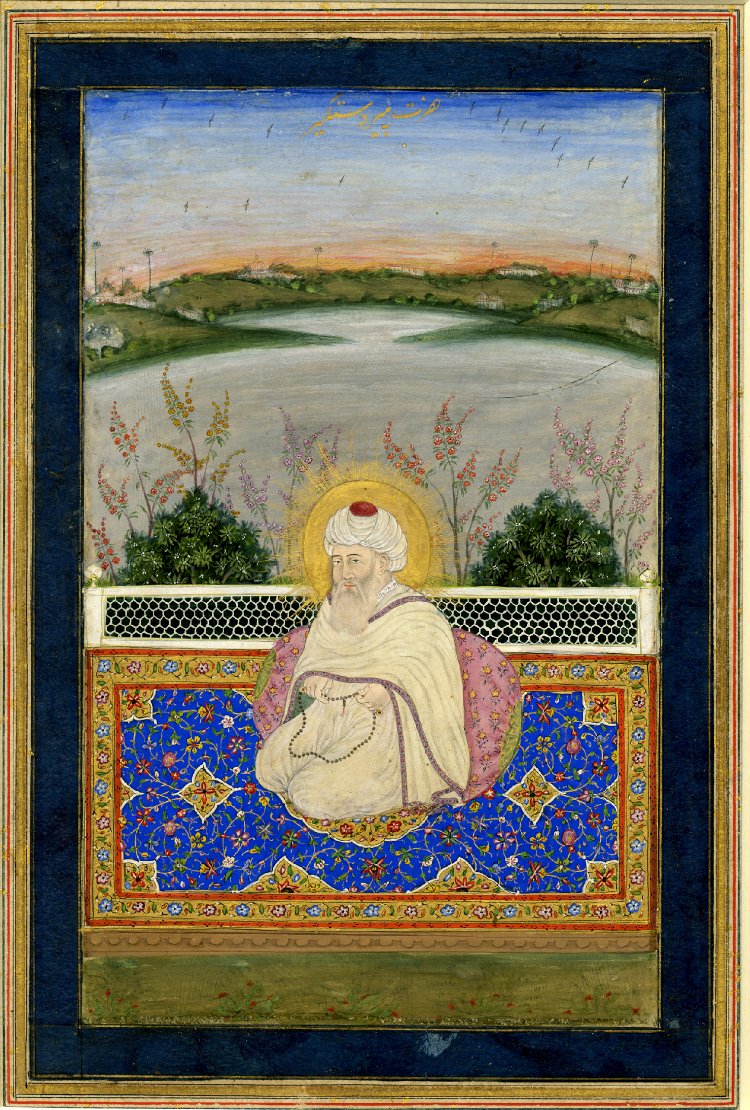 The Sufis are those who practice a unique form of Islam with inclinations toward the mystical. Though Sufism rejects lifeless rigidity in matters of religious law, the Sufis are strict adherents to Islamic Sharia; they also emphasize their belief in the prophet Mohammed as a spiritual, moral paragon, and the initial link in a successive chain of spiritual teachers. Though Sufis live around the world, and their classical writings have been captured in Arabic, Persian, Turkish, and even Hindi, perhaps their most famous practitioners are the Whirling Dervishes of Turkey, founded by the followers of the (romantic and) mystical poet Rumi (among his famous quotes is the line “You are the universe in ecstatic motion”). These dervishes, true to their name, engage in a spinning dance that expresses the oneness of a universe which is permeated with the essence of the divine. 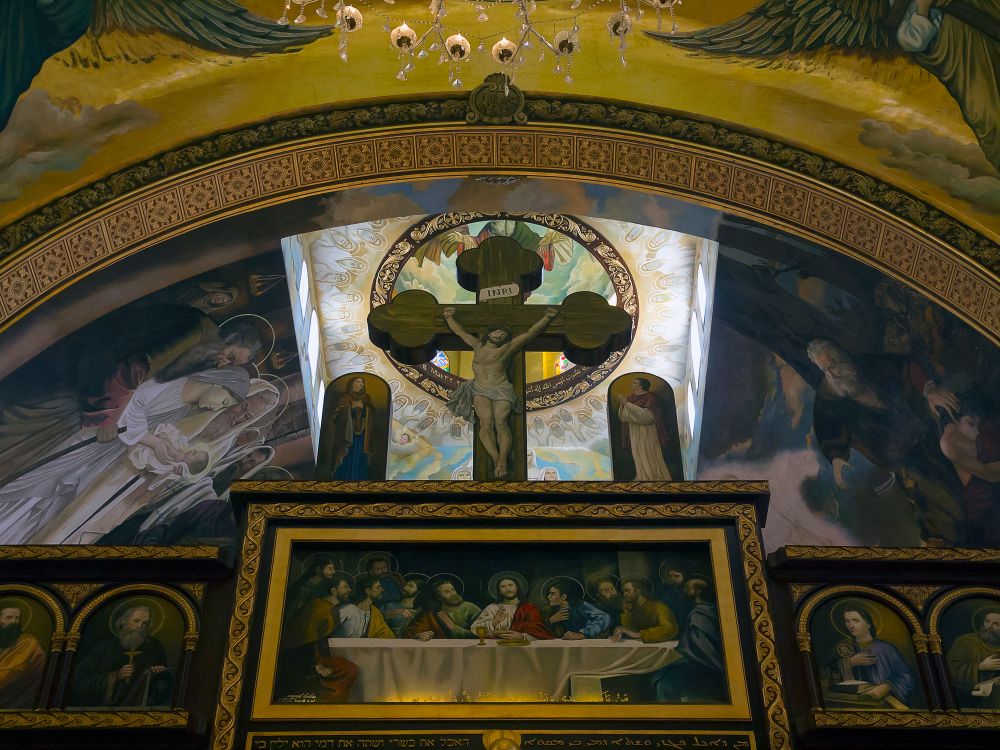 The Copts of Egypt are a Christian sect that makes up a surprisingly large 10-15% of the population, though they also live throughout North Africa. They proudly trace their ancestry back to the Christian community founded in Alexandria by Mark the Evangelist. Though the Coptic Christians made immense contributions to Christianity in the early days of the church—founding central theological institutions, hosting Church councils, and initiating the practice of monasticism—they have elected to remain distinctly separate from the Roman Catholic Church (the source of this split, as it was for most Christian sects, involved complex questions over the nature of Christ’s divinity and/or humanity). In fact, whereas much of Catholic theology (and its literary and artistic representations) was influenced by Greco-Roman culture and religion, many scholars believe that Coptic culture can be traced back to ancient Egypt, a belief that is called Pharaonism. 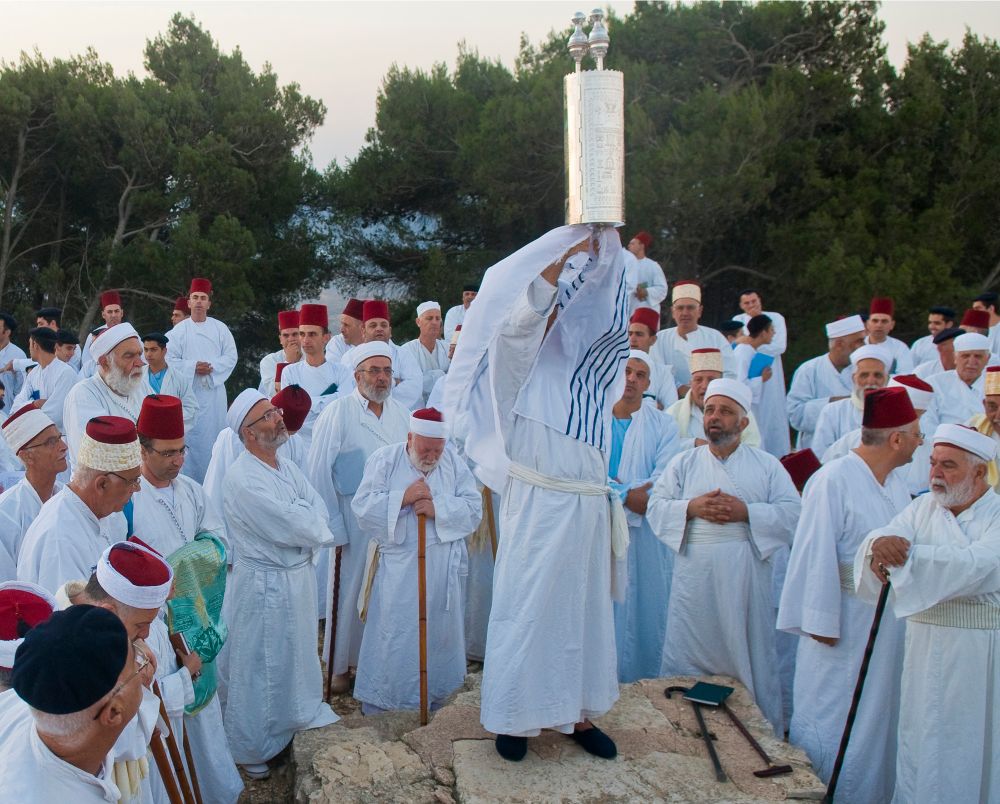 Samaritans are a unique ethno-religious group in Israel. While Samaritans will tell you that they descended from the Jewish tribes of Manasseh and Ephraim, and that their version of the Pentateuch is the original, uncorrupted version (in contradistinction to the version they believe Jews brought back from Babylonian captivity), Jewish sources portray the Samaritans as an ethnic group brought to Israel by the Assyrians or Babylonians, who then attempted to convert to Judaism. However, their points of disagreement with Rabbinic Judaism render them a separate religion. For example, Samaritans believe that Mount Gerizim is the holiest site in Israel, and not the Temple Mount in Jerusalem. Therefore, they still practice rituals such as the Passover Sacrifice (of sheep), in contradistinction to Orthodox Judaism, which has discontinued this practice until the rebuilding of the Temple. Samaritans were once a much larger group; today there are just a little over 800 remaining. 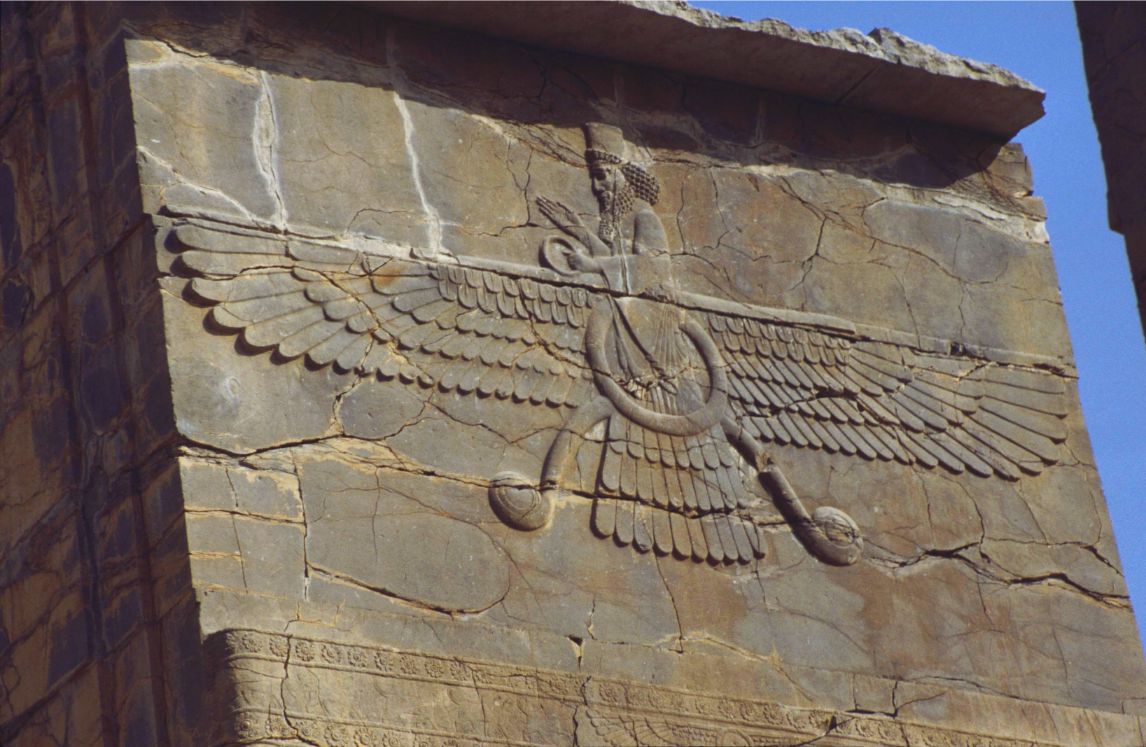 Zoroastrians adhere to the religious doctrines of the ancient Persian prophet Zoroaster. Most of the followers of this religion live in India (which is not part of the Middle East) and Persia, though scholars have argued that Zoroastrian ideas such as the epic battle between good and evil, heaven and hell, and messianism may have influenced other religions and found expression in later faiths like Christianity. Zoroaster preached a monotheism in which all things participate in an epic battle between the creator and the forces of darkness—there is no possibility for neutrality. Religious rituals center around fire and water, and in some communities, the dead are left to decompose in tall towers, to avoid the possibility of death (something from the dark side) contaminating the earth (which is good). At one point Zoroastrianism was the state religion of Persia, but the advent of Islam relegated its status to that of a religions subgroup. 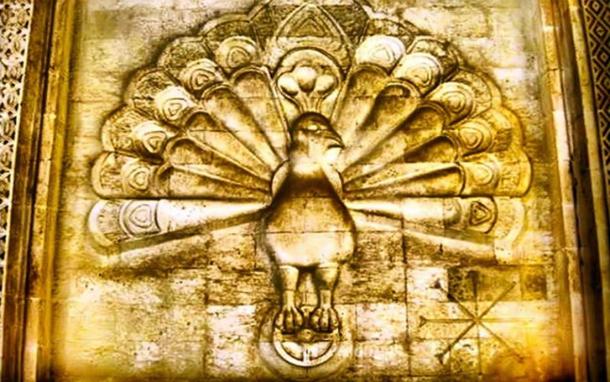 The Kurds received international attention during the most recent Iraq War, because of persecution from the former Iraqi Government headed by Saddam Hussein and his use of chemical warfare against his own citizenry. The Kurds have their own unique language and trace their ancestry to the Medes, and empire that was contemporary with ancient Persia. Though most Kurds are muslim, other distinct religious demographics are present, such as the pre-Islamic religion of Yezidism, an ancient Mesopotamian syncretic take on Abrahamic monotheism that places the care of the world into the hands of seven archangels. The Yezidis have been continuously persecuted for hundreds if not thousands of years because of their worshipping of “Melek Taus” (the Peacock Angel), the head of the archangels, which in turn is equated to Lucifer or the Devil. According to the Yezidi mythos, Lucifer wasn’t an evil figure but a noble one, and evil doesn’t stem from “him” and his rebellion as it is known in the Bible and Quran, but from within man himself.

Kurdish culture is renowned for its incredible woven rugs, which are remarkable for their high-knot density, colorful nature, and quality wool. Storytelling and song is also important in Kurdish culture; narratives about clever foxes and tribal origins are two popular tropes among the storytellers who—until recently—transmitted tales orally from generation to generation. 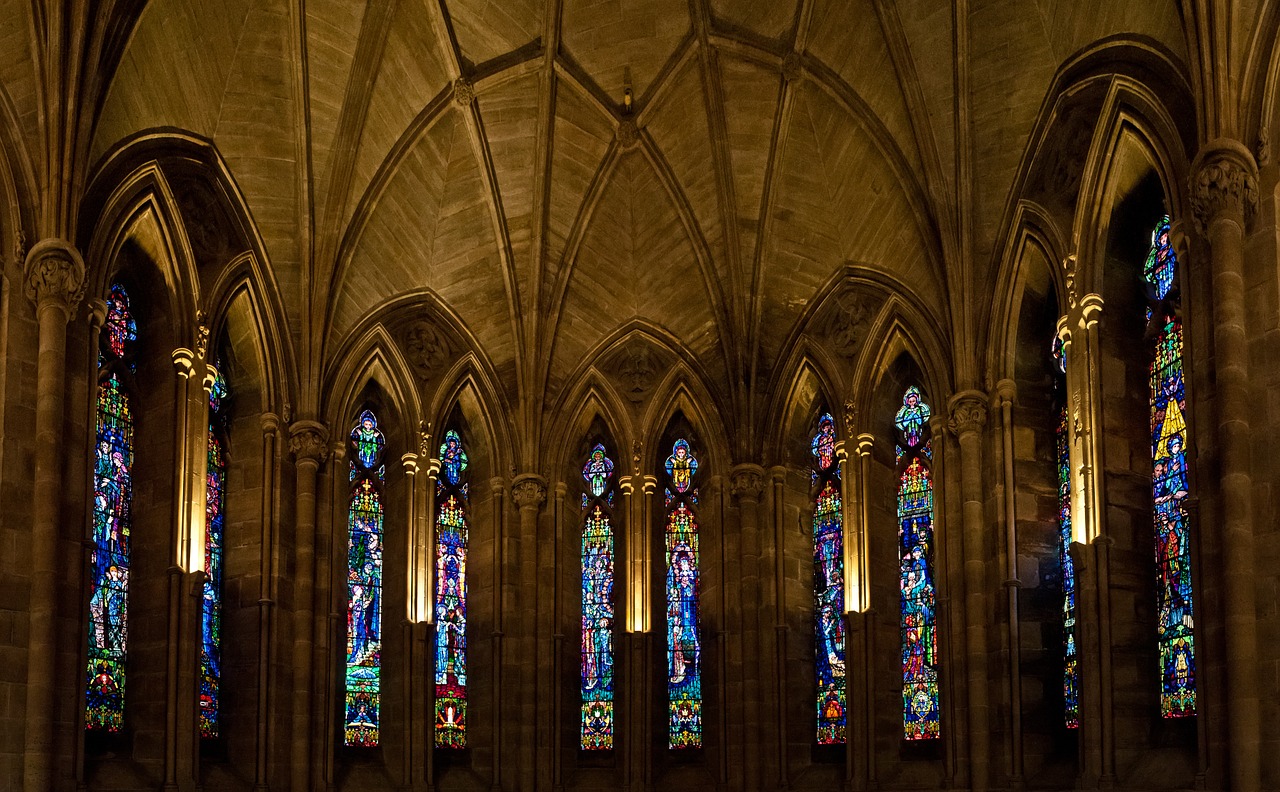 Levantine Christians exist throughout the Middle East. In some cases, they may descend from the early Christians who inhabited the region since the time of the New Testament’s inception. In other cases, they may descend from lingering remnants of the Crusades. Some Levantine Christians align with the Roman Catholic Church, such as the Maronites of Lebanon, who trace the lineage of their community (now mostly in diaspora) to St. Maroun—a 4th century Syrian monk. Other groups align with Eastern Orthodox Church (which rejects the central authority of the Roman Catholic Pope, among other points of theological contention). Still other groups are more unique, such as the now no-longer extant Nestorian Church (which has since split into other factions). In many countries, Levantine Christians are a small minority which has significantly dwindled over time, leaving behind a network of ancient, almost mystical-looking holy sites which pepper the region, drawing tourists and pilgrims alike.