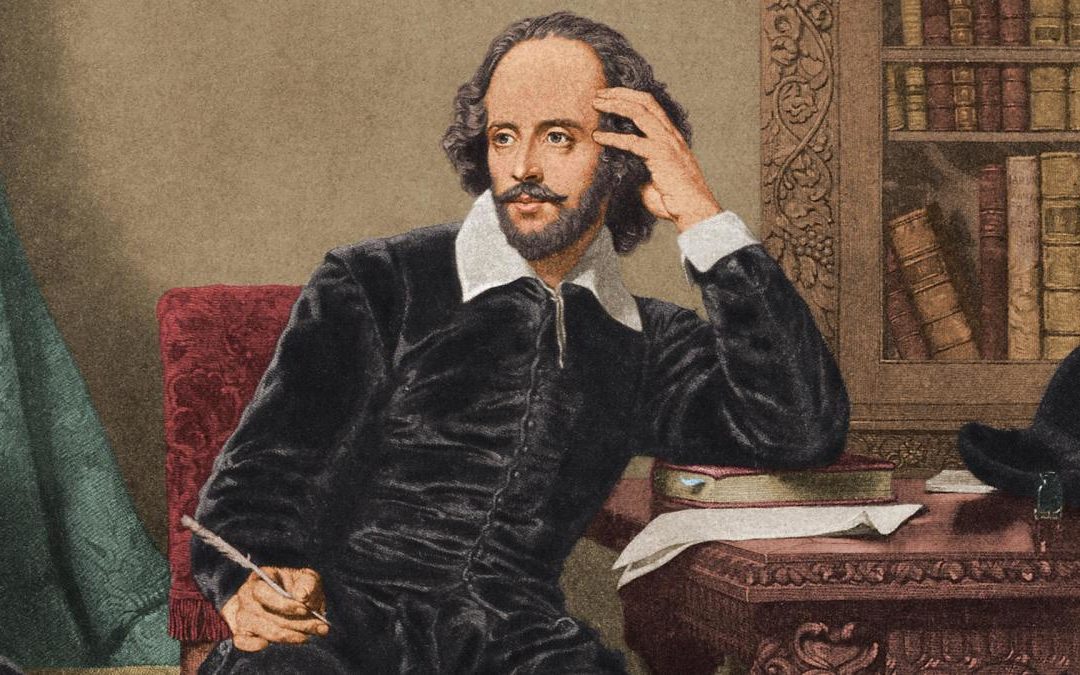 William Shakespeare was an English poet, actor and playwright. He has become immortalized through his incredibly influential plays, like Hamlet, Romeo and Juliet, King Lear, Macbeth to name a few. He is also remembered for his considerable contributions to the development of the English language and overall culture.

When it comes to the person of Shakespeare, we do know that he must have been a very private person because many details of his life and who he was are uncertain. Most of the things we know about him have been deducted and speculated through and from related historical documents. However, till this day, there are historians who proclaim that Shakespeare’s real identity still hasn’t been convincingly decided. Alongside these uncertainties are all the rumors and legends that time has woven into his life story, and which make up much of his biography.

William Shakespeare was probably born in 1564 in the town of Stratford in Avon, Warwickshire in England as the son of John Shakespeare and Mary Arden. He married Anne Hatheway in 1582, when he was 18 years old, Anne whom his senior was 26 at the time. He had three children with her, one son and later two twin daughters born in 1585. This same year, he and his family moved to London, where he found work in a theater after which he became a member of. It was here where he distinguished himself both as an actor and as a writer. From the 1590s onwards he came to be recognized as the country’s great playwright, and soon became a wealthy man. During his first years in London however, theaters in the city were badly affected by the plague, whom he lost his first-born son and sister to.

In this quote collection we’ve decided to honour Shakespeare’s memory and his timeless plays, regardless of whether we know who he really was. What we do know is that he has been immortalized through his wisdom, insights and imagination more than the speculative details of his biographical life.

This above all: To thine own self be true. And it must follow, as the night the day, Thou canst not then be false to any man.
William Shakespeare (Hamlet: Act 1, Scene 3, 1609)

In time we hate that which we often fear.
William Shakespeare (Antony and Cleopatra: Act 1, Scene 3, 1606)

There is no darkness but ignorance.
William Shakespeare (Twelfth Night: Act 4, Scene 2, 1602) 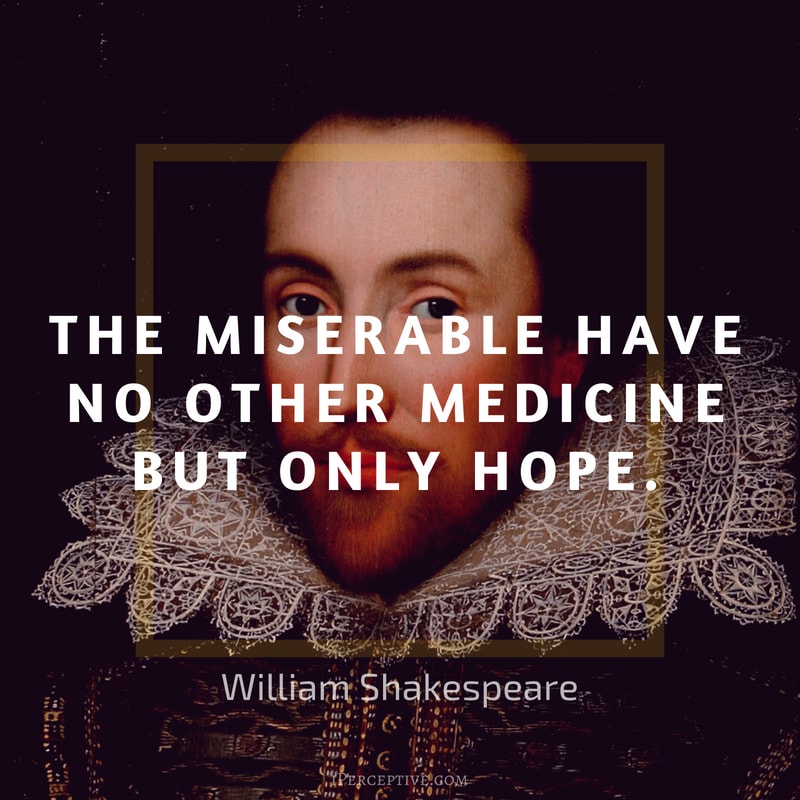 The miserable have no other medicine
But only hope.
William Shakespeare (Measure for Measure: Act 3, Scene 1, 1604)

God hath given you one face, and you make yourselves another.
William Shakespeare (Hamlet: Act 3, Scene 1, 1609)

Give me my robe, put on my crown; I have Immortal longings in me.
William Shakespeare (Antony and Cleopatra: Act 5, Scene 2, 1606)

It is a wise father that knows his own child.
William Shakespeare (The Merchant of Venice: Act 2, Scene 2, 1605)

Things without remedy, should be without regard; what is done, is done.
William Shakespeare (Macbeth, 1606)

We are such stuff as dreams are made on, and our little life is rounded with a sleep.
William Shakespeare (The Tempest: Act 4, Scene 1, 1611)

There are more things in heaven and earth, Horatio, than are dreamt of in your philosophy.
William Shakespeare (Hamlet: Act 1, Scene 5, 1609)

The fault, dear Brutus, lies not within the stars, but in ourselves, that we are underlings.
William Shakespeare (Julius Caesar: Act 1, Scene 2, 1599)

Cowards die many times before their deaths; the valiant never taste of death but once.
William Shakespeare (Julius Caesar: Act 2, Scene 2, 1599)

Be not afraid of greatness: some men are born great, some achieve greatness and some have greatness thrust upon them.
William Shakespeare (Twelfth Night: Act 2, Scene 5, 1602)

Love looks not with the eyes, but with the mind.
And therefore is winged cupid painted blind.
William Shakespeare (Midsummer Night’s Dream – Helena’s Monologue, 1605)

Why, then, ’tis none to you,
for there is nothing either good or bad,
but thinking makes it so.
William Shakespeare (Hamlet: Act 2, Scene 2, 1609)

All the world’s a stage,
And all the men and women merely players:
They have their exits and their entrances;
And one man in his time plays many parts.
William Shakespeare (As You Like It, 1603)

My grief lies all within, And these external manners of lament Are merely shadows to the unseen grief That swells with silence in the tortured soul.
William Shakespeare (Richard II: Act 4, Scene 1, 1597)

Good Night, Good night! Parting is such sweet sorrow, that I shall say good night till it be morrow.
William Shakespeare (Romeo and Juliet: Act 2, Scene 2, 1597)

Life’s but a walking shadow, a poor player, that struts and frets his hour upon the stage, and then is heard no more; it is a tale told by an idiot, full of sound and fury, signifying nothing.
William Shakespeare (Macbeth: Act 5, Scene 5, 1606)

Ay, but to die, and go we know not where;
To lie in cold obstruction and to rot;
This sensible warm motion to become
A kneaded clod; and the delighted spirit
To bathe in fiery floods, or to reside
In thrilling region of thick-ribbed ice;
To be imprison’d in the viewless winds,
And blown with restless violence round about
The pendent world; or to be worse than worst
Of those that lawless and incertain thought
Imagine howling: ’tis too horrible!
The weariest and most loathed worldly life
That age, ache, penury and imprisonment
Can lay on nature is a paradise
To what we fear of death.
William Shakespeare (Measure for Measure: Act 3, Scene 1, 1604)