8 Spiritual Quotes That Will Make You Question Your Reality 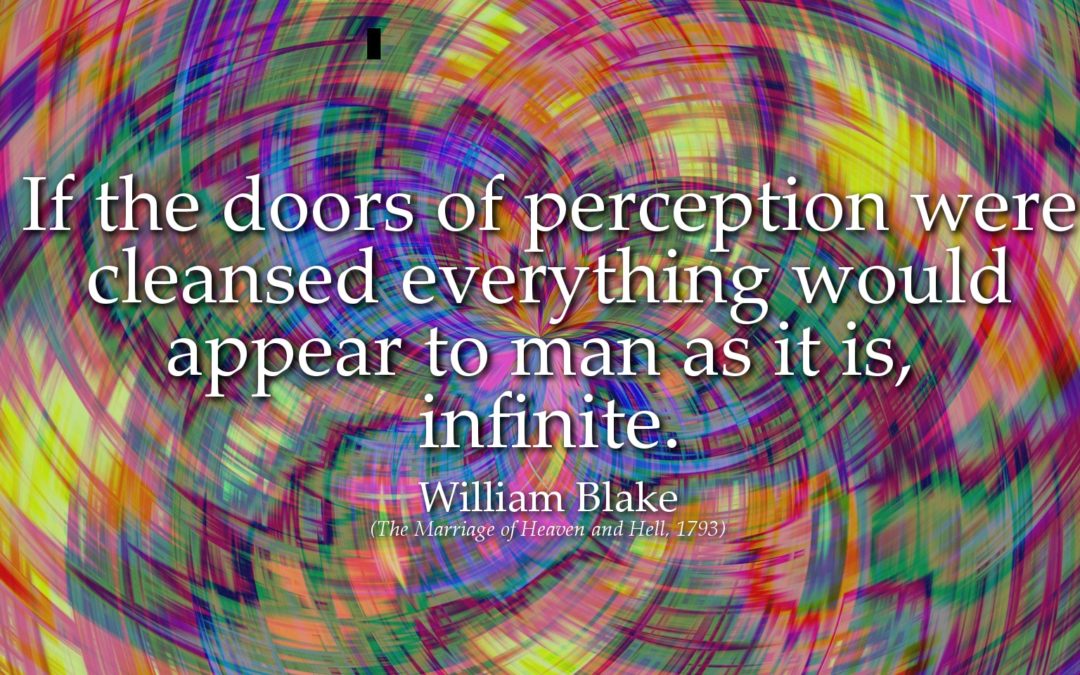 We all believe ourselves to be someone in particular. We’re born into a physical body, given a name by our parents, grow and biologically ripen alongside our inevitable psychological conditioning bestowed upon us by the socio-cultural machine that we find ourselves in. We start taking ourselves to be merely body-mind persons and reality is nothing but this three-dimensional plane of existence and we are mere puppets that move about in it. Don’t get me wrong, there’s undeniable truth and magic in this perspective as well, i.e. taking ourselves to be localized body-minds that’s trying to make sense of the world around us as we go along learning, suffering, adapting and surviving.

But could there be something more than this way of understanding the world and universe? These following insightful passages may suggest ‘something more’ indeed, but that is only if you’re open to that possibility.

If the doors of perception were cleansed everything would appear to man as it is, infinite.
William Blake (The Marriage of Heaven and Hell, 1790-1793)

The more that the soul receives of the Divine Nature, the more it grows like It, and the closer becomes its union with God. It may arrive at such an intimate union that God at last draws it to Himself altogether, so that there is no distinction left, in the soul’s consciousness, between itself and God, though God still regards it as a creature.
Meister Eckhart (Sermons – The Self-Communication of God)

If melodiously piping flutes sprang from the olive, would you doubt that a knowledge of flute-playing resided in the olive? And what if plane trees bore harps which gave forth rhythmical sounds? Clearly you would think in the same way that the art of music was possessed by plane trees. Why, then, seeing that the universe gives birth to beings that are animate and wise, should it not be considered animate and wise itself?
Zeno of Citium (Quoted by Cicero)

I see, yes, I see unspeakable depths. . . . I also see a Mind that moves the soul. By a holy ecstasy I see him that moves me. You give me power. I see myself! I want to speak! Fear holds me back! I have found the beginning of the Power above all Powers, and who does not himself have a beginning. I see a fountain bubbling with life. . . . I have seen. It is impossible to express this in words.
Hermes Trismegistus 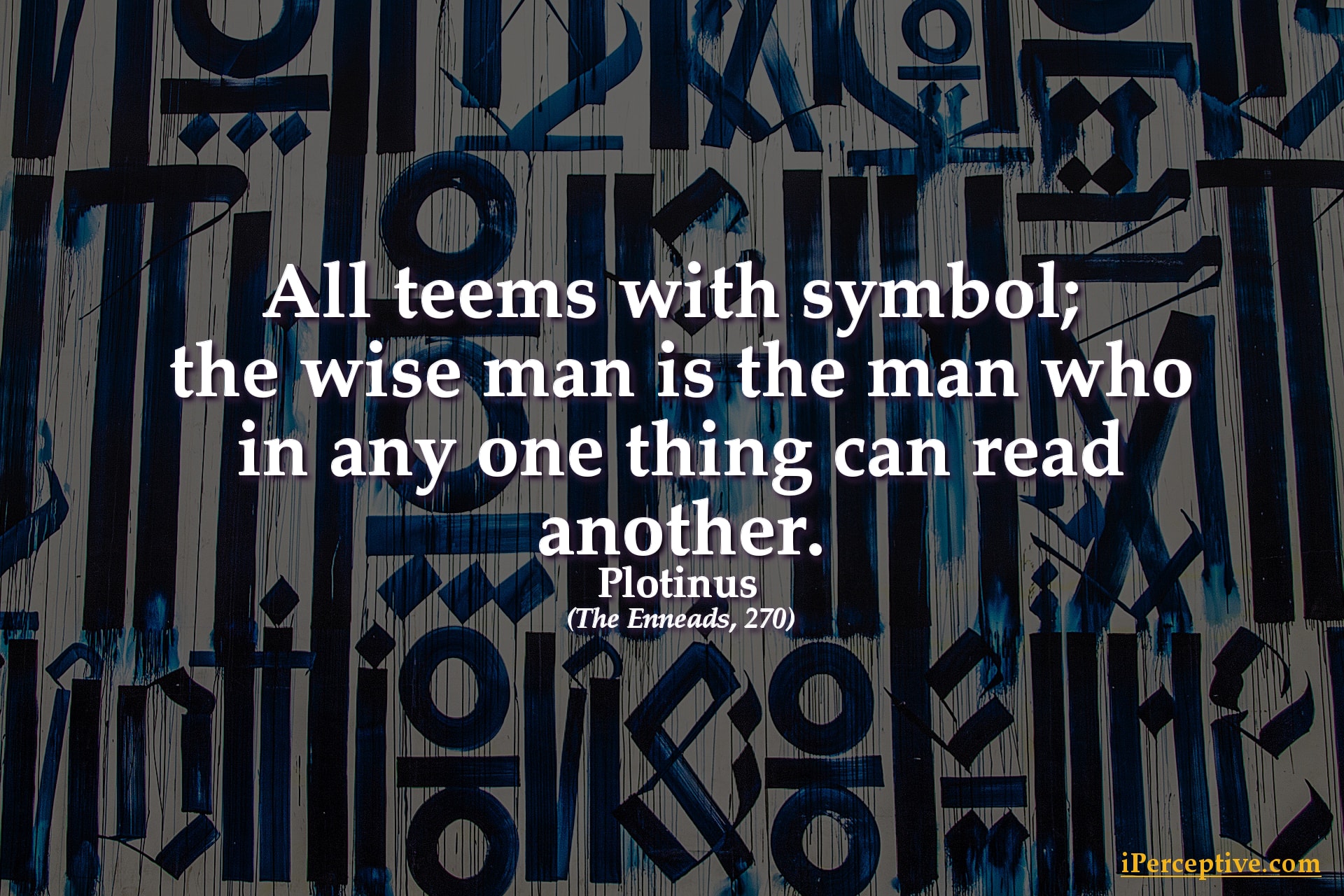 All teems with symbol; the wise man is the man who in any one thing can read another.
Plotinus (The Enneads, 270)

The Truth is yourself, but not your mere bodily self.
Your real self is higher than ‘you’ and ‘me.’
This visible ‘you’ which you fancy to be yourself
Is limited in place, the real ‘you’ is not limited.
Why, O pearl, linger you trembling in your shell?
Esteem not yourself mere sugar-cane, but real sugar.
This outward ‘you’ is foreign to your real ‘you;’
Cling to your real self, quit this dual self.
Rumi (The Masnavi, 1258 – 1273)

There is a thing inherent and natural,
Which existed before heaven and earth.
Motionless and fathomless,
It stands alone and never changes;
It pervades everywhere and never becomes exhausted.
It may be regarded as the Mother of the Universe.
I do not know its name. If I am forced to give it a name, I call it Tao, and I name it as supreme.
Lao Tzu (Dao de Jing)