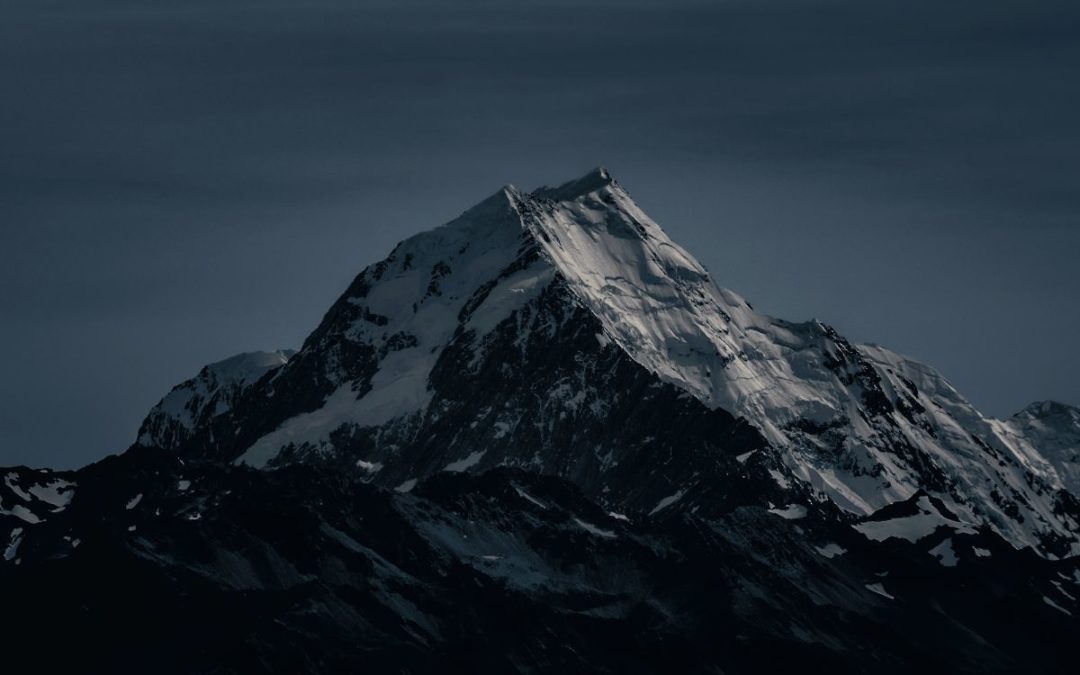 There is something meaningful to be said about pain, pleasure and how we as humans relate to these two phenomena. Intrinsically it seems that all animals, us included, strive towards maximizing pleasure while trying to minimize pain. But what are these two things? They’re clearly not limited to the brain interpreting signals received from impressions made upon the physical body alone. I feel that psychological and emotional pain are just as valid terms as physical pain, though obviously more subtle and definitely harder to measure physiologically.

So then, what to make of pain and pleasure? Should we just follow our instincts by maximizing pleasure and minimizing pain? Is that the way to go? I’m not so sure, to be honest. Oftentimes pleasures come at a certain price. Whether it’s too much sugar consumption or something much more dramatic like heroin addiction, both will most likely cost you your health to varying degrees. If you ask an heroic addict about the first time they shot up, they would tell you that they experienced the most intense form of pleasure, more intense than they could ever imagine. But what happened after that? When they become seriously addicted and have to use heroin just to feel somewhat normal. That is a heavy, heavy price, and therein lies the rub. Seneca hints at this conundrum in the first quote of this collection of stoic wisdom on pain and pleasure.

Another thing to mention briefly is moderation, and how it seems to be crucial to maintaining meaningful pleasure in the long run, something which Epictetus hints at in quote five. If we overindulge, we spoil both the thing that is being consumed and even worse, ourselves. Moderation seems to be key when it comes to enjoying the pleasures of life in a healthy and graceful way.

If we switch our gears to pain, there’s much to be said about that as well. Pain, effort and discomfort at first glance are phenomena we naturally shun away from, yet within and through pain, effort and discomfort one is often led to a higher states of being, whether that is physically, psychologically or spiritually. As they say, no pain no gain. We need to break down muscles to rebuild them stronger, breaking down muscles most often implies temporary states of pain. Another example would be the amassment of wealth. I can guarantee you that if the person that is born into wealthy family will not enjoy their wealth as intensely and meaningfully as one who has climbed the ladder of society to gain it for him or herself, the difficulty and the struggle are powerful flavorings when it comes to life.

Having said that, it’s safe to say that life would be dull as dull can be without any pleasures to enliven the day and simultaneously without meaning if there was no pain to fortify ones spirit and character. The contrast and how the pendulum swings between pain and pleasure seem to give both their flavors.

Enough of my rant, here are the stoics with their timeless wisdom:

Enjoy present pleasures in such a way as not to injure future ones.
Seneca (Letters from a Stoic)

For it is not death or pain that is to be feared, but the fear of pain or death.
Epictetus (Discourses, 108)

The soul does violence to itself when it is overpowered by pleasure or by pain.
Marcus Aurelius (Meditations, 167 A.C.E.)

It is the nature of the wise to resist pleasures, but the foolish to be a slave to them.
Epictetus

If one oversteps the bounds of moderation, the greatest pleasures cease to please.
Epictetus

And indeed he who pursues pleasure as good, and avoids pain as evil, is guilty of impiety.
Marcus Aurelius (Meditations, 167 A.C.E.)

Just as crimes, even if they have not been detected when they were committed, do not allow anxiety to end with them; so with guilty pleasures, regret remains even after the pleasures are over.
Seneca (Moral Letter to Lucilius) 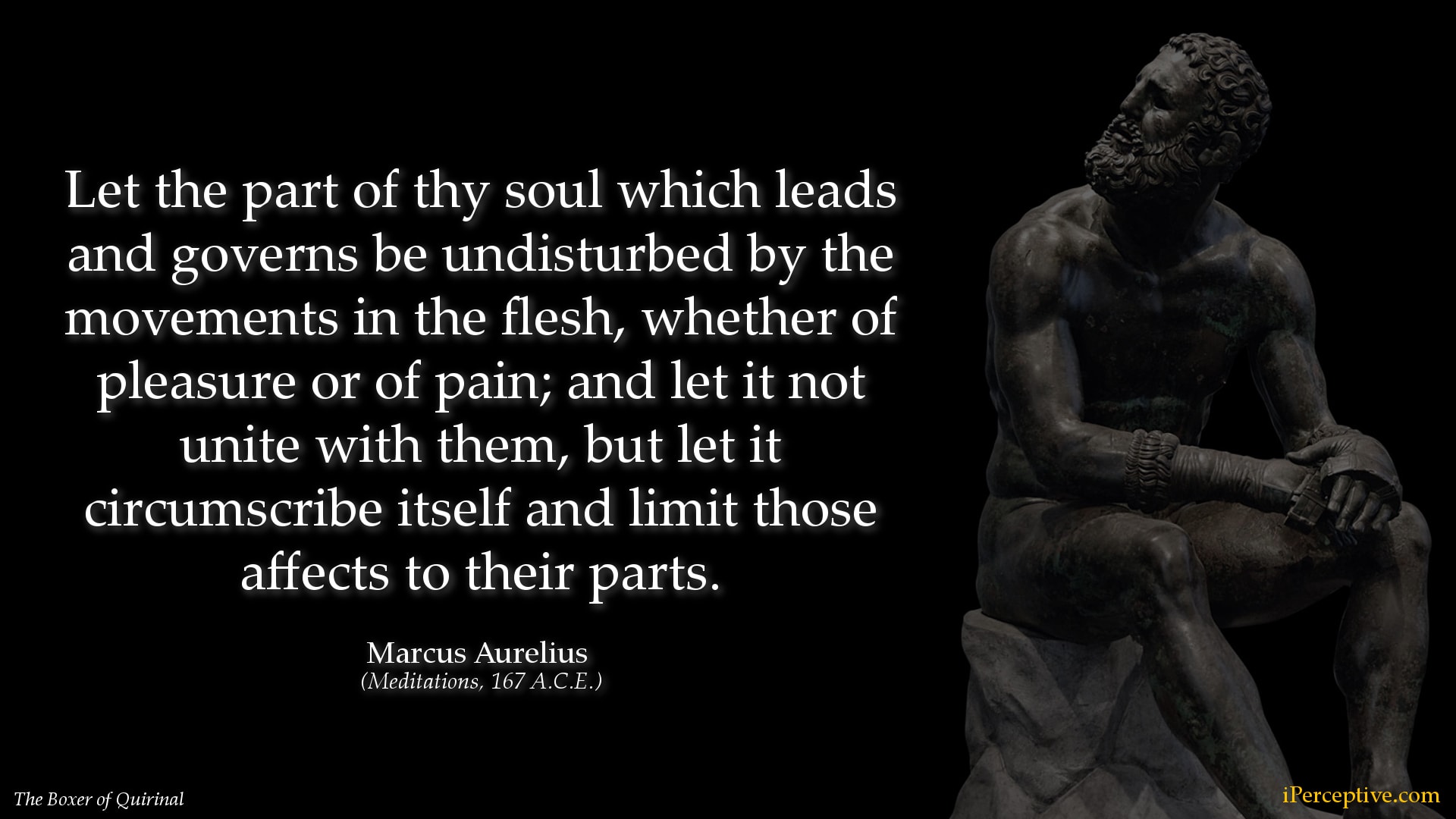 Let the part of thy soul which leads and governs be undisturbed by the movements in the flesh, whether of pleasure or of pain; and let it not unite with them, but let it circumscribe itself and limit those affects to their parts.
Marcus Aurelius (Meditations, 167 A.C.E.)

Everything exists for some end, a horse, a vine. Why dost thou wonder? Even the sun will say, I am for some purpose, and the rest of the gods will say the same. For what purpose then art thou? to enjoy pleasure? See if common sense allows this.
Marcus Aurelius (Meditations, 167 A.C.E.)

And remember that philosophy requires only the things which thy nature requires; but thou wouldst have something else which is not according to nature.- It may be objected, Why what is more agreeable than this which I am doing?- But is not this the very reason why pleasure deceives us?
Marcus Aurelius (Meditations, 167 A.C.E.)

What is our nature? To be free, noble, self-respecting. What other animal blushes? What other can have a conception of shame? We must subordinate pleasure to these principles, to minister to them as a servant, to evoke our interests and to keep us in the way of our natural activities.
Epictetus (Discourses: Chapter 7, 108)

If you are struck by the appearance of any promised pleasure, guard yourself against being hurried away by it; but let the affair wait your leisure, and procure yourself some delay. Then bring to your mind both points of time: that in which you will enjoy the pleasure, and that in which you will repent and reproach yourself after you have enjoyed it; and set before you, in opposition to these, how you will be glad and applaud yourself if you abstain. And even though it should appear to you a seasonable gratification, take heed that its enticing, and agreeable and attractive force may not subdue you; but set in opposition to this how much better it is to be conscious of having gained so great a victory.
Epictetus (Enchirdion)