The Myth of Narcissus and Echo 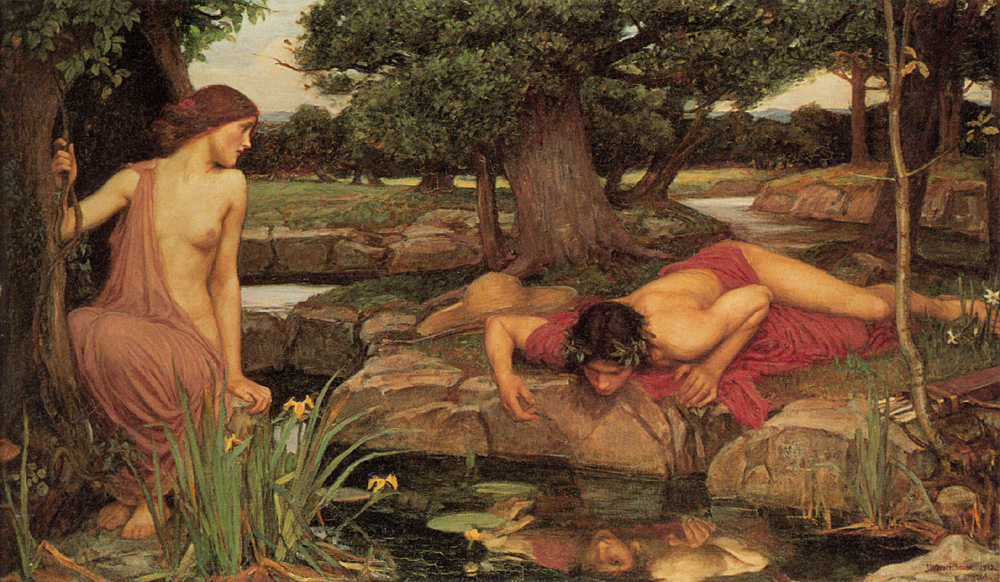 Narcissus, a son of the river god Cephissus, was so wonderfully beautiful that anyone who saw him was infatuated with love for him. But he himself despised and rejected every love. Once, the mountain nymph Echo saw him in the forest and could think of nothing but him and his beauty. Echo had once been punished because of a wrongdoing against the goddess Hera, her punishment was that she could never address another person first, but when someone else spoke, she could never silence herself. Now she chased incessantly for the young Narcissus, and every time the youngster cried out loud in the forest, she answered his call in the same manner. But Narcissus was only annoyed by her mimicking responses and pushed her love away. The nymph was consumed by a growing indignation towards him, and she hid herself in shame and despair. Her body thinned, her skin shriveled, the blood dried away from her limbs, and finally nothing remained of her more than the voice itself. And in that way she still lives in the woods and the mountains. No one sees her, but she is heard by everyone.

But Aphrodite, the goddess of love, became enraged at Narcissus, because he had rejected both the love of Echo and all the other nymphs. Once, during a hunt, Narcissus came to a crystal-clear spring and leaned down to drink its water. Then he saw in the water a most beautiful boy. It was his own figure. 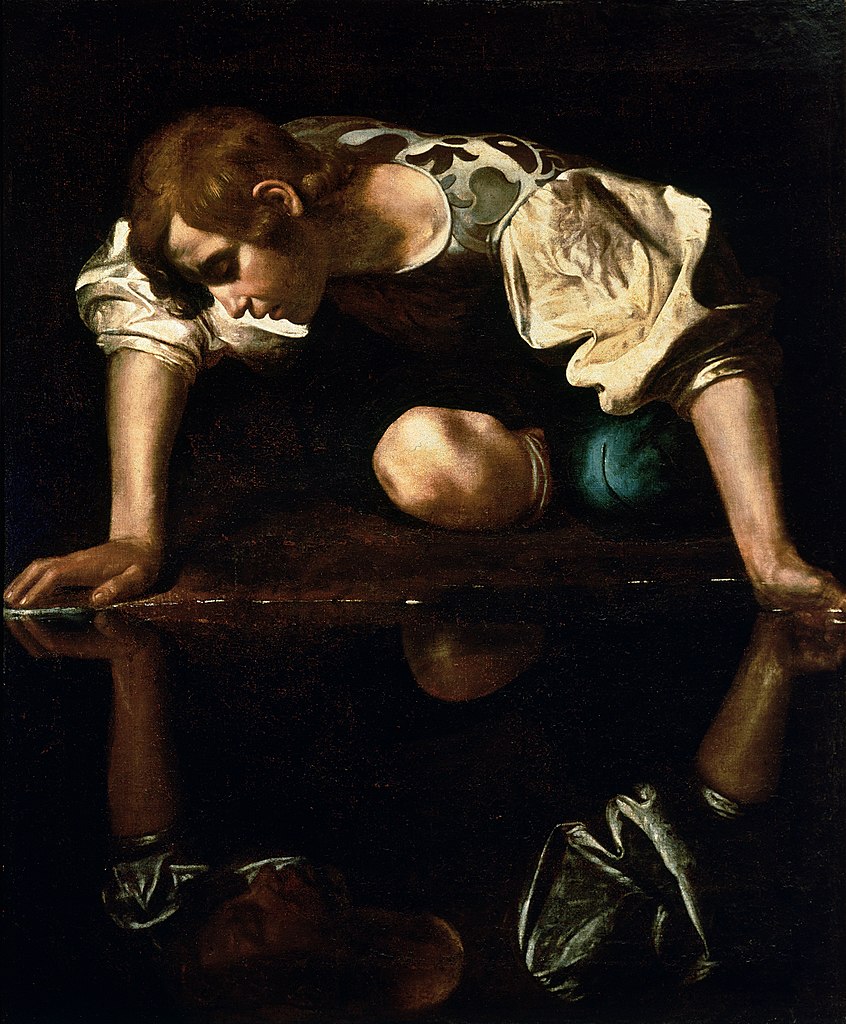 The goddess made him fall in love with his own image, which appeared to be down there, submerged beneath the water. He could never get enough of seeing the radiant figure, so he tried to seize it as he stretched his arms fully towards the beloved figure. But he could never reach it. So then Narcissus was devoured by an eternal longing that could never be satisfied. Feeling that death was imminent, he leaned his tired head down towards the ground, and as he breathed his last sigh, there arose and stood a flower, the white daffodil, also known as the narcissus flower.