The Oldest Religion in the World 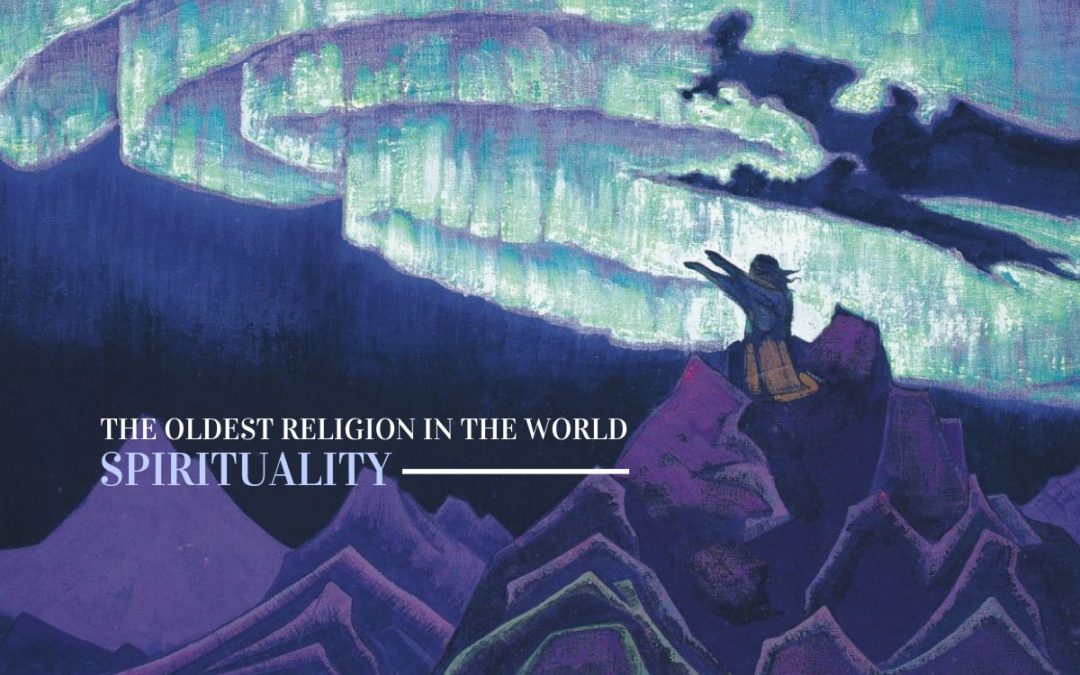 What is the oldest religion in the world? Who were the first gods to be worshipped? Which scriptures have been around for the longest time? These questions are by no means simple. Some scholars of religion argue that either Zoroastrianism (10th to 5th century BCE) or Hinduism (15th to 5th century BCE) could be the oldest religions in the world. Some believe that all religions have taken influence from previously existing ones, which would make it difficult to say which one was the first. For instance, it has been speculated that Mesopotamian religion (4th century BCE) inspired that of Egyptians and that much of that was carried over to Christianity. To add to the puzzle, many devotees of a particular faith are willing to argue that the religion they are supporting is the oldest one, causing historical findings to mix with many opinion-based arguments.

Before diving into the question at hand – that of the world’s oldest religion, one must determine what they mean by ‘religion’. To do that we must step outside of what we think we know of religion.

According to the legendary religious studies scholar Jonathan Z. Smith: “Religion is solely the creation of the scholar’s study”.[1] He means by this what few people consider: the technical definition of religion has one fundamental flaw to it, which is that it lacks perception of any other civilization but that of West, where people have accustomed to automatically associating religiosity with organized belief systems, even concepts such as ‘faith’, ‘mercy’, and ‘piousness’. Many forget that these merits are largely part of Christian heritage and have little to do with spiritual practices elsewhere.

Thus, naming a concept, a practice, or an idea as ‘a religion’ is purely Western method of conceptualizing the world. For instance, in Japan the most commonly practiced religion is Shinto. However, Shinto is so embedded to the culture that many Japanese people do not willingly accept it defined as ‘a religion’. Thus, for many foreign cultures even the concept of ‘religion’ does not exist in the way in which we understand it in the West.

Psychologically, it can be assumed that beliefs and stories about the immaterial world have existed in man’s imagination since the early times, and of this as a proof we have the mythologies of different cultures. Humans then were not able to reason in the way in which we are able to do today. Our minds have been adapted through all kind of information: the development of language, science, philosophy and arts. Therefore, it seems far more likely that what existed first was an undefined cosmological system, intellectually unfeasible to analyze, an organic and spiritual way of experiencing the surrounding world. 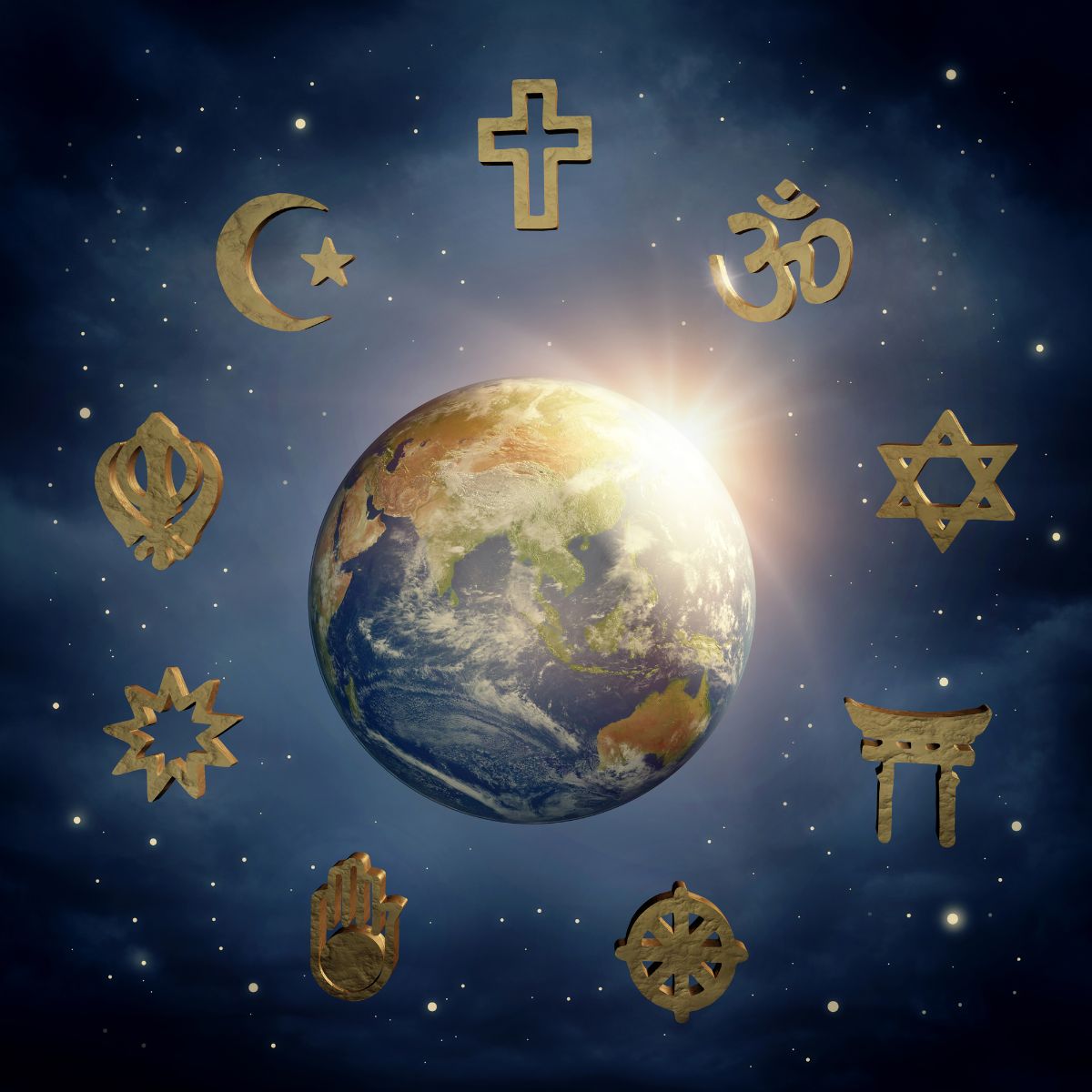 Recently with the revival of many pagan and nature-based spiritual practices there has been an increasing support for the idea that the oldest kind of religion was not simply the notion of everything living having a degree of consciousness. Animism, a word from which the English language word ‘animal’ is a derivate of, denotes that everything living has a soul. Animists also believe everything in life are a part of a greater organization, and that there is a supernatural force overseeing all things. This falls approximately under the definition by the pioneering psychologists William James, for whom religion was simply: “the belief that there is an unseen order, and that our supreme good lies in harmoniously adjusting ourselves thereto.”[2] Animism is not the only term used. Some prefer to speak about ‘panpsychism’, of the notion that everything living has a degree of consciousness.

Scientists Rupert Sheldrake, known for his work with parapsychological phenomena such as telepathy and ‘the sense of being watched” has been one of the main advocates for the idea that what was believed during the past times, is now being rediscovered through science. He argues that while in animistic traditions it was taken for granted that all things are living, in the modern times this belief has nearly evaporated due to rational and mechanistic worldview, which has created optimal circumstances for the exploitation of animal and plant-kingdom for human use.[3]

What Sheldrake is suggesting is that by returning to old forms of belief there may not only lie spiritual revelation, but that it will be conjoined with harmonious coexistence with nature. This is close to beliefs of many aboriginal cultures, which tend towards the idea of the earth as a single organism. We know by now that by destroying nature humans are destroying the very conditions which enable our own life. Could it be that by seeing humans as an integral part of everything living we could open a new paradigm in human existence?

Returning to the initial question of the oldest religion in the world, I am willing to give animism and panpsychism my support. Likely the ancient man, being entirely dependent on nature with every cell of his being, regarded nature it as being as alive as his own corporeal body. Perhaps the question we ought to be asking is why is this way of seeing reality such a radical options in the first place? Does not seem only natural that man’s faith would have been in the blessings and curses of nature to which his sole survival dependent on, that his gods would have also been the plants, trees, and the stars in the skies.

As Alfred North Whitehead, the most fascinating panpsychist thinker of the 20th century said:

The misconception which has haunted philosophic literature throughout the centuries is the notion of ‘independent existence.”

There is no such mode of existence; every entity is to be understood in terms of the way it is interwoven with the rest of the universe.” This may just be what the oldest religion in the world has always been, an embodied understanding of the invisible strings that hold together the immaterial and material fabric of the cosmos.