The Birth of Theseus and His Treacherous Journey to Athens 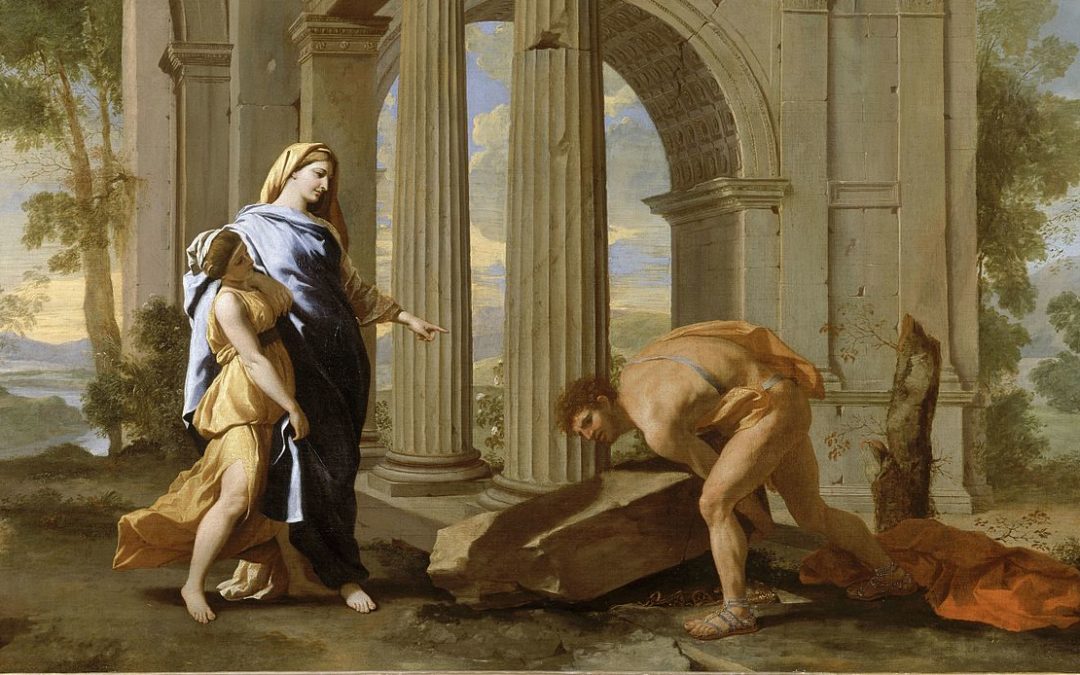 Though Aegeus, the king of Athens, had married twice, he remained childless. This unfortunate fate compelled him to journey to the oracle of Delphi to seek counsel and advice. From the oracle he received an obscure answer:

“Loose not the wine-skin foot, thou chief of men, Until to Athens thou art come again.”[1]

An answer which he couldn’t make any sense of and was thus disheartened. On his journey back home Aegeus decided to become a guest of Pittheus, the king of Troezen, who was known to be a wise king, and he thought that if anyone could help him in interpreting the enigmatic saying by the oracle it would be him. Pittheus immediately understood the meaning of the words by the oracle, he knew that the son of Aegeus would become a great ruler. Thus Pittheus for his own sake and for the benefit of his lineage convinced and arranged Aegeus to wed his daughter Aethra in secrecy. With her, Aegeus had a son, whom he named Theseus.

However soon after the marriage Aegeus left Troezen to hurry back to Athens, as he feared that his closest kinsmen would in his absence attempt to seize power over the city. Before he separated from Aethra he left a couple of tokens, most notably his sword and sandals, under a rock in Troezen and told her that when his son had grown into a man and was strong enough to remove the rock and take his sword and sandals, that she would send him to his father in Athens. 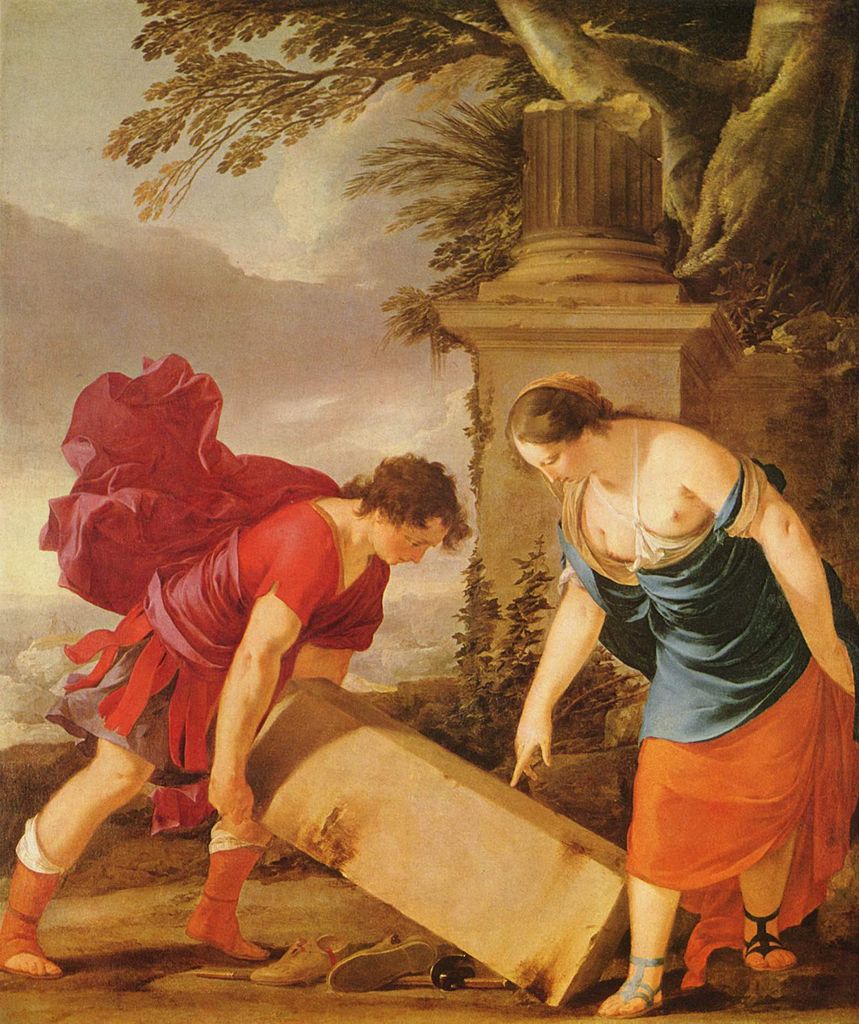 Theseus was thus raised by her mother in Troezen. He grew stronger and braver by the day. When Theseus reached the age of 16, his mother brought him to the rock. Without any difficulty the young Theseus lifted the rock and claimed his fathers sword in his hand and the rest of the tokens left there by him. He then prepared himself to journey to Athens in order to seek out his father. Before he left however, his mother and grandfather Pittheus advised him to travel by sea, as it was safer. Being the brave young man he was, Theseus decided to take the road by land alone; he was after all related to the mighty Heracles, a hero who he had admired from his earliest years. Theseus wanted to rid the world of evil men and beasts just like Heracles, and also to appear before his father as worthy enough to carry his sword and his name. Theseus path carried him across the Isthmus of Corinth to Athens. It was on this treacherous path where he had many of his dangerous adventures.

The Labours of Theseus

Thus did Theseus, through his heroic actions and bravery, clear the way to Athens from all that which made the roads unsafe and treacherous.

As an unknown stranger Theseus entered his fathers royal palace in Athens. His father Aegeus had in the meantime married the sorceress Medea. Being the only one who recognized Theseus as the son and heir of the king, she felt her position as queen threatened by him. Thus Medea wanted Theseus dead and tried to convince Aegeus that the newly arrived honourable young man coveted his crown and would kill him if he had the chance. She also convinced the king to hand over a poisoned cup to him when they would all gather to partake in the feast. So the time for the feast arrived and Theseus was just going to drink from the cup, but in that very moment, he drew his sword from its sheath instead. Aegeus instantly recognized his own sword and quickly struck the cup away from the hands of his son, and fell into his son’s arms rejoicing yet still in fear and panic. The sly and treacherous Medea, managed to flee from the city of Athens to never return again.

Just now a herald arrived, having come by foot on the long road from the Isthmus. He tells of the indescribable deeds of a mighty man. That man killed overweening
Sinis, who was the greatest of mortals in strength; he is the son of Lytaeus the Earthshaker, son of Cronus. And he has slain the man-killing boar in the valleys of Cremmyon, and reckless Sciron. He has closed the wrestling school of Cercyon; Procoptes has met a better man and dropped the powerful hammer of Polypemon. I fear how this will end.
Bacchylides in his Dithyramb (Ode 18, 4.20)

In Eleusis, moreover, he out-wrestled Cercyon the Arcadian and killed him and going on a little farther, at Erineus, he killed Damastes, surnamed Procrustes, by compelling him to make his own body fit his bed, as he had been wont to do with those of strangers. And he did this in imitation of Heracles. For that hero punished those who offered him violence in the manner in which they had plotted to serve him… Thus Theseus also went on his way chastising the wicked, who were visited with the same violence from him which they were visiting upon others, and suffered justice after the manner of their own injustice.
Plutarch in the Life of Theseus