Theseus’ Journey to Crete to Slay the Minotaur

After overcoming the treacherous dangers on his path to Athens, Theseus quickly proved to be a great benefactor of the Athenian people. His greatest and most famous achievement was the slaying of Minotaur. At that time, Crete was ruled by the powerful King Minos. Minos and his impressive fleet had many years prior defeated the Athenians, and forced them to send tributes in the form of seven young lads and seven virgins to Crete every nine years. These would later be imprisoned in the Labyrinth to be given as food for the Minotaur. The story of the Minotaur goes something like this:

The Minotaur and the Tributes

Once, Minos had asked Poseidon to send him a bull which he would then sacrifice in the manner that he wanted. Poseidon granted his prayer and sent forth a pristine white bull. So mesmerized and fond of the beautiful white bull, Minos could not bear to sacrifice it, instead he kept it and chose another bull from his flock to sacrifice to Poseidon.

Agitated that Minos broke his promise, Poseidon had the wife of Minos, Pasiphaë cursed with an unnatural lust for the bull, and the result of this intercourse was the Minotaur. Minos was horrified and had the beast imprisoned in a Labyrinth created by the foremost craftsman Daedalus. The Labyrinth of Crete was a complex maze and structure with countless interconnected rooms and corridors so that anyone who once entered the Labyrinth could not find their way out.

Shortly after Theseus arrival in Athens, the emissaries of Minos had come to gather up the tributes for the third time. Theseus, being the brave hero he is, volunteered to be taken as a tribute himself. In vain his father Aegeus pleaded to him to stay, but to no avail, Theseus was firm in his decision. On a ship with black sails they sailed towards Crete. Before he left however, Theseus promised his father that if he was to safely return home, he would remove the black sails and hoist the white instead.

Before his departure the oracle of Delphi gave Theseus the advice to take Aphrodite, the goddess of love, with him as a companion on the voyage. Theseus, not questioning the authority of the oracle, listened and made offerings and sacrifices for the goddess before his departure. It was only when he arrived in Crete that he realized the fruits of his sacrifice to Aphrodite. That is when Ariadne, Minos’s beautiful daughter, first saw the young hero and was immediately overcome by love for him, and hence all her efforts and longing were now concerned about saving him from death and destruction in the Labyrinth. In secrecy, she gave him a ball of thread so that he could find his way back after finishing his dangerous quest. As Theseus stepped into the Labyrinth, he attached one end of the thread to the entrance and then let the thread roll as he went deeper and deeper into the maze. At the heart of the labyrinth, the centre, he met the terrible Minotaur, and fought the horrific beast and killed it eventually with his sword. Theseus then easily found his way out into the open with the help of the thread. With the rescued fellow tributes, the youngsters and the virgins, they sailed together cheerfully and victoriously back to their home Athens. In his company he had with him Ariadne, but when they landed on the island of Naxos, he left her there. 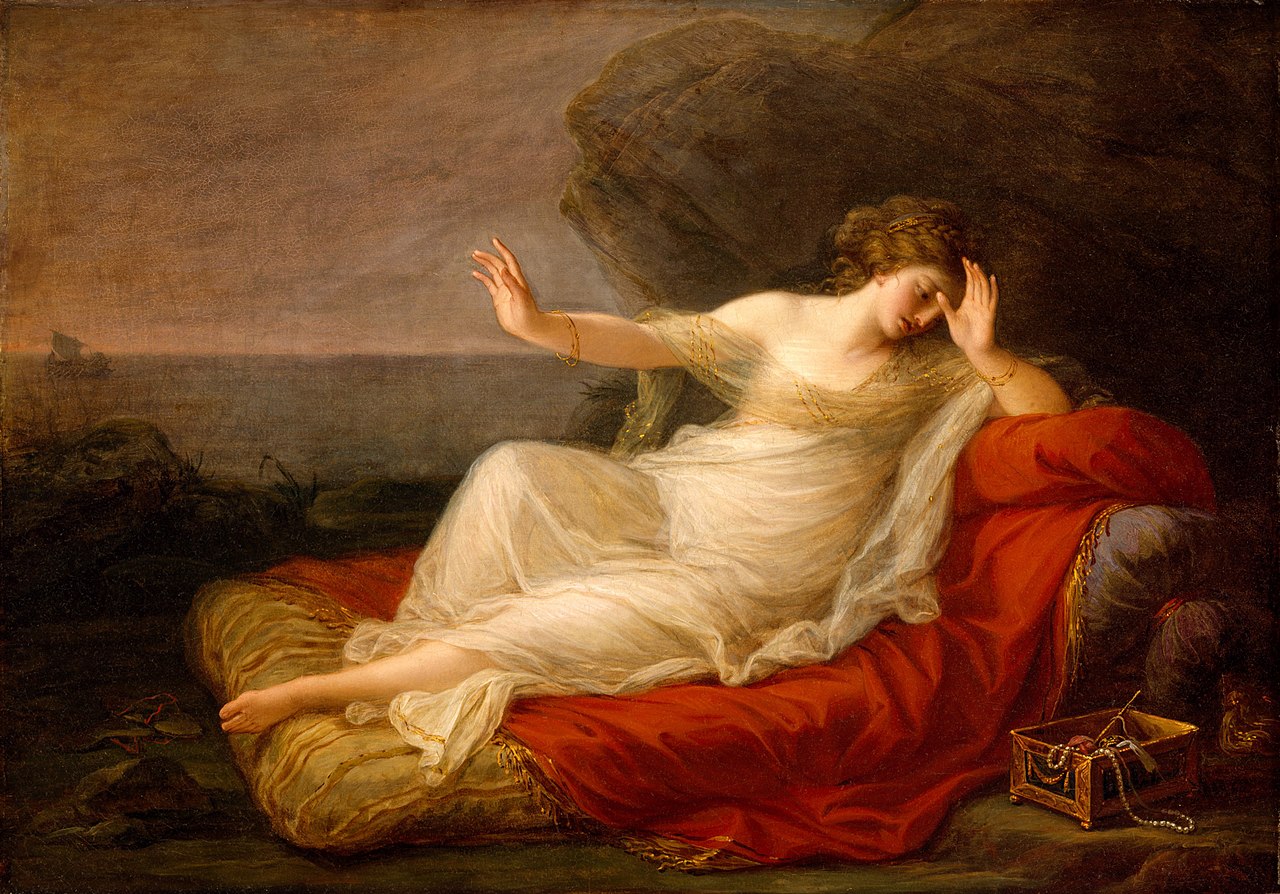 When Ariadne woke up the next morning, she realized with despair in her heart that the ship had departed from the island and that she was stranded and alone. Then the god Dionysus pitied her and appeared beside her, taking her as his bride. Ariadne was then raised by Zeus to dwell among the gods. The crown, which she wore during her marriage with Dionysus, was set in the sky as a constellation which still till this day is named Ariadne’s crown.

In Athens, the old Aegeus awaited the return of the ship with fear and anxiety. Again and again he went up to the high cliff by the sea and scouted out after his son’s return. Then he saw in the distance a familiar ship with black sails steering towards land. Aegeus, who now believed that everything was lost, plunged himself in despair to the sea and perished. Tragically Theseus had forgotten about his promise to the old man, and thereby became an involuntary reason for his death.

Daedalus to make her an artificial cow, inside which she put herself and was served by the bull. She gave birth to the Minotaur, bull-headed upon a human body.
Euripides (Fragment)

A mingled form and hybrid birth of monstrous shape, and that Two different natures, man and bull, were joined in him.
Euripides as quoted by Plutarch in the Life of Theseus

And the most dramatic version of the story declares that these young men and women, on being brought to Crete, were destroyed by the Minotaur in the Labyrinth, or else wandered about at their own will and, being unable to find an exit, perished there.
Plutarch in the Life of Theseus

In there, Minos walled up the twin form of bull and man, and twice nourished it on Athenian blood, but the third repetition of the nine-year tribute by lot, caused the monster’s downfall. When, through the help of the virgin princess, Ariadne, by rewinding the thread, Theseus, son of Aegeus, won his way back to the elusive threshold, that no one had previously regained, he immediately set sail for Dia, stealing the daughter of Minos away with him, then cruelly abandoned his companion on that shore.
Ovid in the Metamorphoses