What is Visible Language? (DMT & McKenna) 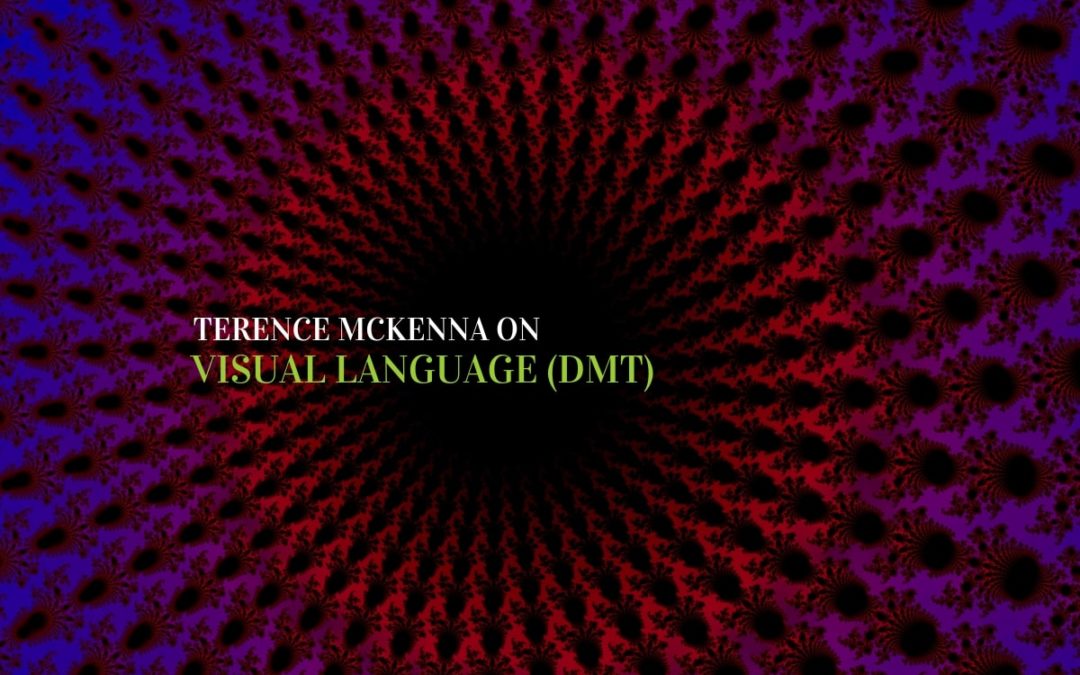 Language is something quite fascinating. Don’t you think? The fact that you can read this at this very moment, written language deciphered by your pattern-seeking mind.

Songs and vibrations condensing into objects, objects transformed into meaning in the subjective mind.

Terence McKenna had an interesting idea in which he called the next step of language being the language that is communicated visually and instantly.

He gave the example of how machine-elves in the DMT trip communicated through this way, how they instantly produced an visual object that meant a certain thing.

Interesting thought: could this be augmented reality mixed with the wisdom derived from psychedelics?

We humans may be released into a realm of pure self-engineering. The imagination is everything… This is where we came from. This is where we are going. And it is only to be approached through cognitive activity.
Terence McKenna

Cognitive activity is pretty much the basis of the human being, especially in today’s highly dynamic world where we’ve pretty much cancelled out hard physical demands on our bodies.

Who was Terence McKenna?

Terence McKenna was a philosopher of extreme experience, a psychonaut who dedicated his life to empowering direct experience through the medium of psychedelics.

He had many interesting and thought-provoking ideas, ranging from the stoned ape theory to the concept of novelty as the driving force of the universe.

One of his many brilliant ideas was that culture was not our friend, according to McKenna culture limits our humanity and places us in a rigid labyrinth, which inevitably cuts off our range of expressions. He wanted people to liberate their minds from the suffocating grips of culture, and I think he made his mark on the psyche of the following generations.

Today on the vast terrains of cyberspace, he continues to be heard extensively by eager explorers of the myriad of realms of consciousness. One who is interested in the internet and psychedelics is almost guaranteed ending up in some way, shape or form to be connected with the ideas of Terence.

He was a great soul!

Visible language is possible when our imagination is turned inside out, when we can communicate through objects produced in real-time. When under the influence of psychedelics, this appears to be much more possible as our sensitivity is boosted to a very high level.

Perhaps in the future, if and when psychedelics marries with technology will this be a reality for human kind.

Is this a good thing or rather scary?