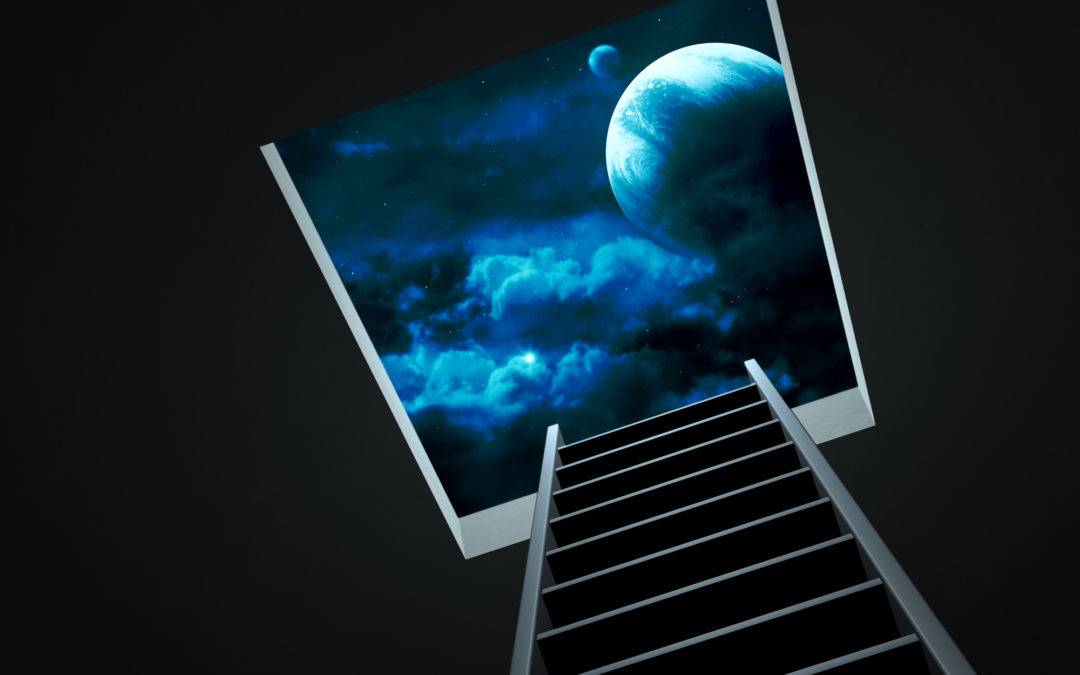 Most of us are familiar with the basic concept of visualization. This is the process by which “see things” in our “mind’s eye”. It is not limited to visual stimuli, but also includes the sounds, smells, other sensory experiences, and the overall perspective we have of our own thoughts. Visualization is very similar to imagination in this aspect. However, when visualization is discussed today, people are usually talking about a specific use of the ability.

The mental task known as creative visualization is focused on generating or re-creating visual imagery within the mind. Note that the emphasis is typically placed on vision only, with little to no attention being given to the other senses. Creative visualization techniques come in many varieties, but we’re going to focus on three broad categories:

Mental imagery is closely tied to our emotions. The way we visualize the world in our minds can impact how we react emotionally to the external world, and vice versa. For example, witnessing a robbery in a convenience store might make someone have negative emotions when they visualize the scene. This strengthens the connection between those negative emotions and the things that are visualized. As a result, the person might have the same troubling feelings when exposed to something from the scene, like when going into another store. The negative emotions are again strengthened, creating a vicious cycle.

Creative visualization can be used to examine our connections to mental imagery, to understand them better, and, ultimately, to gain power over them. When we realize some measure of control over our reactions to mental images, we can begin to intentionally change how they impact our emotions. This may be particularly helpful for dealing with disturbances like depression, anxiety, and PTSD.

Creative visualization can also be very useful for cultivating positive energy and achieving goals by allowing us to create and practice scenarios in our own minds. It’s been linked to improved human performance in a number of tasks, including athletics and public speaking. According to anecdotal evidence, the technique has spawned a wide variety of personal successes due to either its motivational prowess or a literal power to manifest change in life. The truth largely depends on who you ask, but there is definitive evidence that the visualization of motor skills practice can lead to real improvements.

Aside from terminology and direction, guided imagery is distinct from creative visualization because it utilizes the link between mental images and other bodily sensations. Pain management is a great example, as we can learn to associate (and eventually manipulate) pain with mental images that are under our control, like sliders or dials. This concept can be extended to all kinds of bodily sensations, like those associated with blood flow, heart rhythms, the release of neurotransmitters, and more.

Guided imagery is an often-studied topic in academic science, and yet there are few definitive answers about its effectiveness. There are many examples that suggest it can be beneficial across a variety of tasks, including in the management of heart failure symptoms and during recovery from total knee replacements. The main problem with determining proof is that guided imagery is typically used as part of a combination of therapies, and is rarely studied apart from other techniques. Hopefully, future studies will more often focus on guided imagery alone.

Visualization has a lot in common with concepts like meditation and mindfulness. They can be powerful tools in improving our lives both physically and mentally. Still, they are often derided as being “pseudoscience”, despite a growing library of scientific evidence supporting their efficacy. This automatic hesitance is the main challenge that prevents many people from experiencing the benefits of visualization techniques and similar concepts.

It is, unfortunately, true that popular coverage of visualization techniques is often accompanied by rather extreme claims of success. We’re not saying it’s impossible, but there is likely very little chance of becoming rich and/or happy simply by visualizing it. However, this may have more to do with our own high standards than the effectiveness of the technique. If we consider the epitome of happiness to be a stronger sense of control over our own minds, then yes, visualization may very well bring instant happiness. If you need material items to be happy, then visualization may help get you started, but a job is probably going to be more useful.