18 Powerful Quotes from War and Peace by Leo Tolstoy 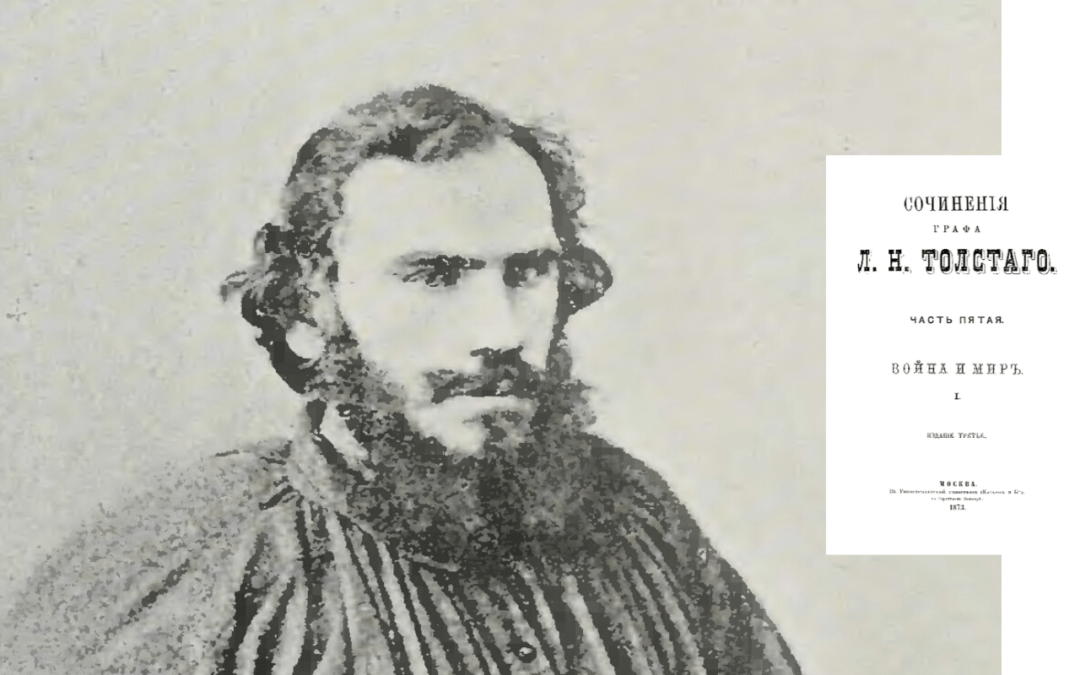 War and Peace is often counted among the greatest works of literature the world has produced, and the novel is one of Leo Tolstoy’s most read and loved works. It took six years for Tolstoy to write the enormous book(s), which came out in 1867-69, a turbulent and ever-changing time for most European societies.

Something that is less known is that Tolstoy wrote two different versions of the book. When he finished writing the first one, he immediately started on writing a new one, and it was the second version that was then published worldwide.

The epic story of War and Peace revolves around five aristocratic families during Alexander I’s reign and Napoleon’s imminent invasion of Russia. The three youths are

The plot focuses mostly on these three aristocratic youths and their differing hopes and faiths in the future. But Napoleon’s invasion of Russia brings with it despair, devastation and death. Nothing is ever the same.

We’ve decided to honor Leo Tolstoy by sharing some insightful quotes and excerpts taken from his masterpiece War and Peace.

The strongest of all warriors are these two; Time and Patience.

We are asleep until we fall in Love!

Everything I know, I know because of love.

God is the same everywhere.

If everyone fought for their own convictions there would be no war.

Everything comes in time to him who knows how to wait.

Seize the moments of happiness, love and be loved! That is the only reality in the world, all else is folly.

There is no greatness where there is no simplicity, goodness and truth.

The whole world is divided for me into two parts: one is she, and there is all happiness, hope, light; the other is where she is not, and there is dejection and darkness…

Our body is a machine for living. It is organized for that, it is its nature. Let life go on in it unhindered and let it defend itself.

Life is everything. Life is God. Everything shifts and moves, and this movement is God. And while there is life, there is delight in the self-awareness of the divinity. To love life is to love God. The hardest and most blissful thing is to love this life in one’s suffering, in the guiltlessness of suffering.

Nothing is so necessary for a young man as the company of intelligent women.

Pierre was right when he said that one must believe in the possibility of happiness in order to be happy, and I now believe in it. Let the dead bury the dead, but while I’m alive, I must live and be happy.

At the approach of danger there are always two voices that speak with equal force in the heart of man: one very reasonably tells the man to consider the nature of the danger and the means of avoiding it; the other even more reasonable says that it is too painful and harassing to think of the danger, since it is not a man’s power to provide for everything and escape from the general march of events; and that it is therefore better to turn aside from the painful subject till it has come, and to think of what is pleasant. In solitude a man generally yields to the first voice; in society to the second.

Yes, love, …but not the love that loves for something, to gain something, or because of something, but that love that I felt for the first time, when dying, I saw my enemy and yet loved him. I knew that feeling of love which is the essence of the soul, for which no object is needed. And I know that blissful feeling now too. To love one’s neighbours; to love one’s enemies. To love everything – to Love God in all His manifestations. Some one dear to one can be loved with human love; but an enemy can only be loved with divine love. And that was why I felt such joy when I felt that I loved that man. What happened to him? Is he alive? …Loving with human love, one may pass from love to hatred; but divine love cannot change. Nothing, not even death, can shatter it. It is the very nature of the soul. And how many people I have hated in my life. And of all people none I have loved and hated more than her…. If it were only possible for me to see her once more… once, looking into those eyes to say…