Xenophanes: The Most Famous Religious Critic of Ancient Greece 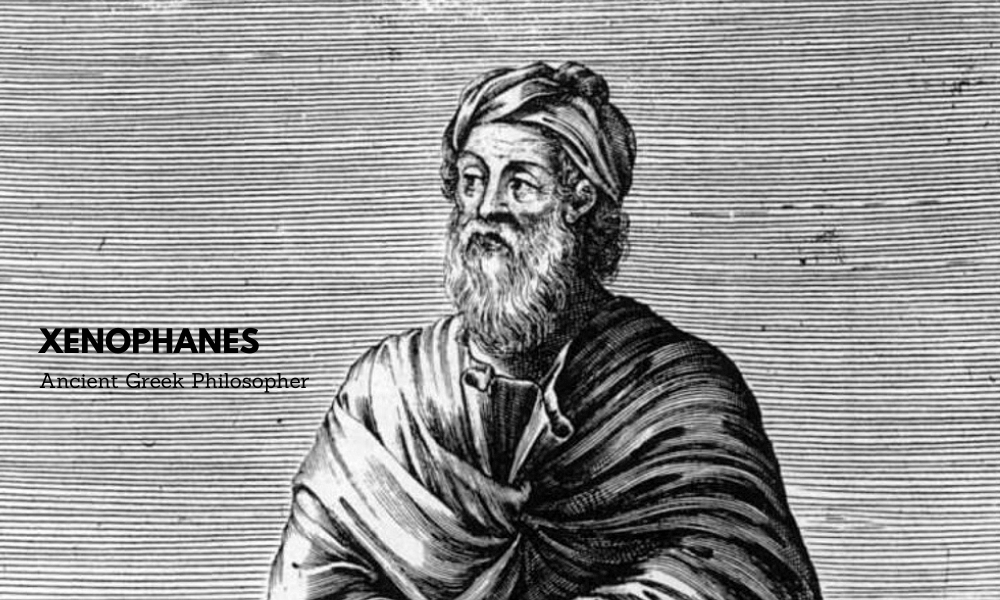 Xenophanes of Colophon (570 BCE – 478 BCE) was an ancient Greek poet, philosopher and sage best known for his critical attitude toward contemporary polytheistic religions and worldviews. His most conspicuous criticism is against the anthropomorphic godly beliefs of the Greeks. According to Xenophanes, if horses and other animals, had the ability, would fashion their gods in their own image, i.e. horses would create horse gods and cows would create cow gods. This he deducts based on how other peoples and cultures outside the Greek world had their own peculiar custom-made gods and goddesses.

But piety is not a character trait lacking from Xenophanes as he provides us with an alternative “superior” belief, similar to a monotheistic or pantheistic worldview. He describes a deity that is beyond all other gods and peoples. This deity is pure spirit and is characterized by perfect stillness, moreover this deity creates the world and movement through mere thought. This supreme deity is not at all like man or other human-like deities. The anthropomorphic way of understanding the cosmos is deficient according to Xenophanes, and thus these earthly defects and descriptions cannot be attributed to this unfathomable deity.

Xenophanes is important from an history of ideas perspective, but it is worth noting that at the same time he has been noted by philosophers for being more of a poet, theologian, and even mystic rather than a philosopher. According to these critics, the evidence behind his some of his arguments was not philosophically sound/reinforced. Personally I think that since all we have are fragments of what Xenophanes said or might have said, its best to suspend judgement when it comes to his philosophical credence.

Here are some interesting quotes by Xenophanes accompanied with some of my own thoughts/comments to either clarify or add some colour.

Homer and Hesiod have attributed to the gods everything that is blameworthy and disgraceful among humans ­theft and adultery and mutual trickery.

Here Xenophanes criticizes the most influential poets of the ancient Greek world, no doubt a bold move.

But mortals deem that the gods are begotten as they are, and have clothes like theirs, and voice and form.

This statement by Xenophanes gives us a feel of his metaphysical and natural beliefs about the world. Similar to other pre-socratic philosophers, the element(s) of nature are proposed as the substrate of all things.

One god, greatest among gods and men, not at all like mortals in body or mind. As a whole he sees, as a whole he thinks and as a whole he hears. And always he stays in the same place, not moving at all, nor is it fitting for him to travel in different directions at different times… But with no effort at all he keeps everything moving by the thinking of his mind.

Xenophanes is coming of as a mystic similar to the likes of Plotinus with the words said above. How does Xenophanes know this absolute fact of existence and where lies his evidence? He either heard these words from other philosophers or he actually had the experience of this supreme deity himself. We’ll never know but its safe to say that countless mystics in history have expressed very similar if not the very same sentiment.

But mortals suppose that gods are born, wear their own clothes and have a voice and body. Ethiopians say that their gods are snub-nosed and black; Thracians that theirs are blue-eyed and red-haired. But if horses or oxen or lions had hands or could draw with their hands and accomplish such works as men, horses would draw the figures of the gods as similar to horses, and the oxen as similar to oxen, and they would make the bodies of the sort which each of them had.

Most likely the most famous words by Xenophanes where he unsparingly criticizes the anthropomorphic religious tendencies in humans. To express this in more modern terms, we humans are all conditioned beings operating under a certain operating system dependent on culture, language, geography and history etc.