Zoroaster Quotes (Excerpts from the Gathas) 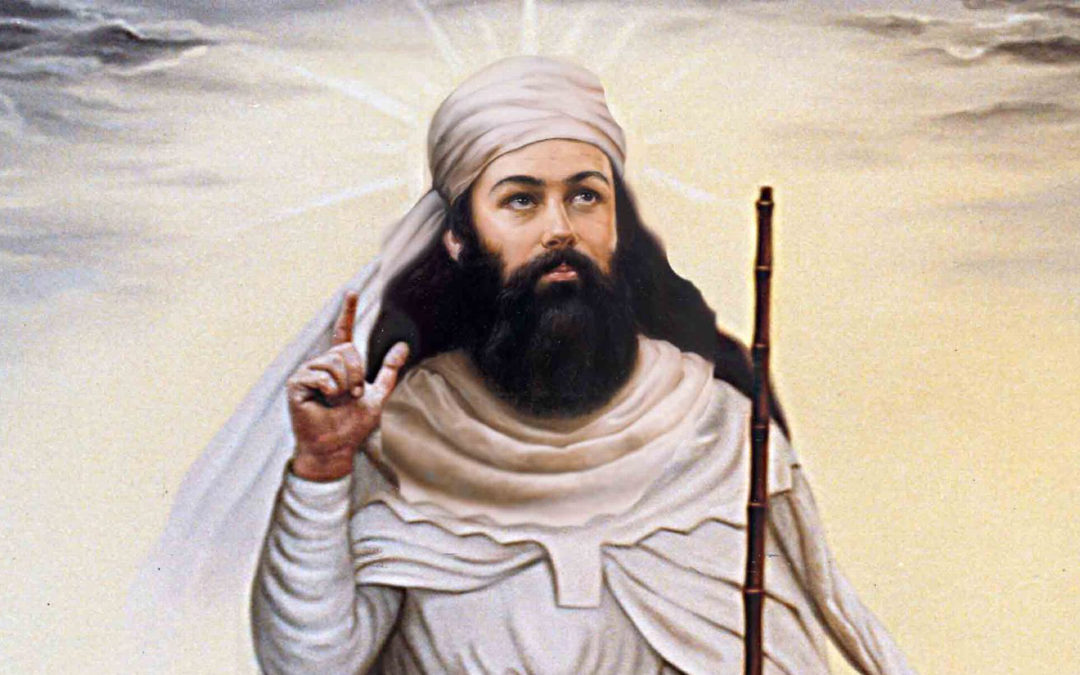 Zarathustra, or Zoroaster as the Greeks called him, was the founder and prophet of the religion that is today known as Zoroastrianism. The Zoroastrian belief probably originated sometime between 1600-800 BC in Persia (present-day Iran) and is often referred to as one of the world’s oldest monotheistic religions. The doctrines and set of beliefs of Zoroastrianism has been of great importance to the Abrahamic religions, as scholars believe that many of the tenets of Judaism have their roots in Zoroastrianism.

Zarathustra was born in the eastern parts of Persia, in Airyanem Vaejah, the homeland of the early Iranians, which is also referenced in the Avesta, which in turn were/are the holy scriptures of Zoroastrianism that contain the teachings of Zarathustra. According to tradition, Zarathustra, as a young man, began to receive revelations and visions of Ahura Mazda – the prime deity of Zarathustra’s coming religion. Moreover this supreme god Ahura Mazda or “lord of wisdom” as the name literally means (Ahura = Lord,  Mazda = Wisdom) was also regarded as the source of goodness. Unlike Yahweh, the god we encounter in the Abrahamic beliefs, Ahura Mazda does not have any negative traits such as anger, vengeance or selfishness. According to one myth, Ahura Mazda had two “children” or spiritual emanations, namely Spenta Mainyu (the Holy Ghost) who is thoroughly good and Angra Mainyu also known as Ahriman, his twin and main rival who was ascribed all that is base and evil.

With Zarathustra, the cosmic battle between light and darkness was at heart of existence and we humans now inhabited a prominent role in this cosmic drama. With the three moral principles of right thought, right speech and right action, Zoroastrianism like Buddhism also had a considerable ethical dimension. When humans died, their soul would be judged – as the good would arrive at paradise while the evil would suffer in hell. Zoroastrianism’s influential idea of an judger of souls who, at the end of a mortals life, separated the good from the evil would then be incorporated in many religions, most notably the Christianity and Islam. Moreover the teachings of Zarathustra have often been described as the “religion of light” because fire (ātar) has a central symbolic meaning and role in Zoroastrianism.

Zarathustra’s teachings have influenced many famous thinkers throughout history, including Plato and Aristotle, the two great philosophers of ancient Greece. But the most notable influence of Zoroastrianism on the Western world is the impact it has had on the Judeo-Christian worldview, as has been shown, among other things, by the discovery of the Dead Sea Scrolls.

In his Gatha songs, which all of these quotes and excerpts below are from, Zarathustra emphasizes that the meaning of life is to give way to joy and happiness. He teaches that man is the source of his own happiness and suffering, which Nietzsche then elaborated on in his own way in “Thus Spake Zarathustra”. Moreover everything has its source in each person’s thinking and knowledge, or in their mental processes and each individual are endowed with the opportunity to shape and direct their own life and destiny, as is demonstrated by the first quote of this collection.

I shall be master of my own destiny.
Zoroaster (Gathas – Spenta Mainyu Gatha : Yasna 50)

None have I to protect me save Thee.
Zoroaster (Gathas – Ahunuvaiti Gatha: Yasna 29)

Protect us, then, through Truth.
Zoroaster (Gathas – Ahunuvaiti Gatha: Yasna 34)

No happiness can be yours if the spirit of falsehood directs your lives
Zoroaster (Gathas – Vahishto-Ishti Gatha: Yasna 53)

For he who looks upon evil with tolerance is no other than evil himself.
Zoroaster (Gathas – Ushtavaiti Gatha: Yasna 46)

As never before, I shall weave my songs for Thee, O Mazda Ahura
Zoroaster (Gathas – Ahunuvaiti Gatha: Yasna 28)

In immortality shall the soul of the righteous be ever in splendor.
Zoroaster (Gathas – Ushtavaiti Gatha: Yasna 45)

As long as I have power and am able, I shall teach all to seek for Truth and Right.
Zoroaster (Gathas – Ahunuvaiti Gatha: Yasna 28)

Truth is best (of all that is) good. As desired, what is being desired is truth for him who represents the best truth.
Zoroaster (Gathas)

Whether a man’s possession be great or small, Let him ever aspire to righteousness and abjure the wicked.
Zoroaster (Gathas – Spenta Mainyu Gatha : Yasna 47) 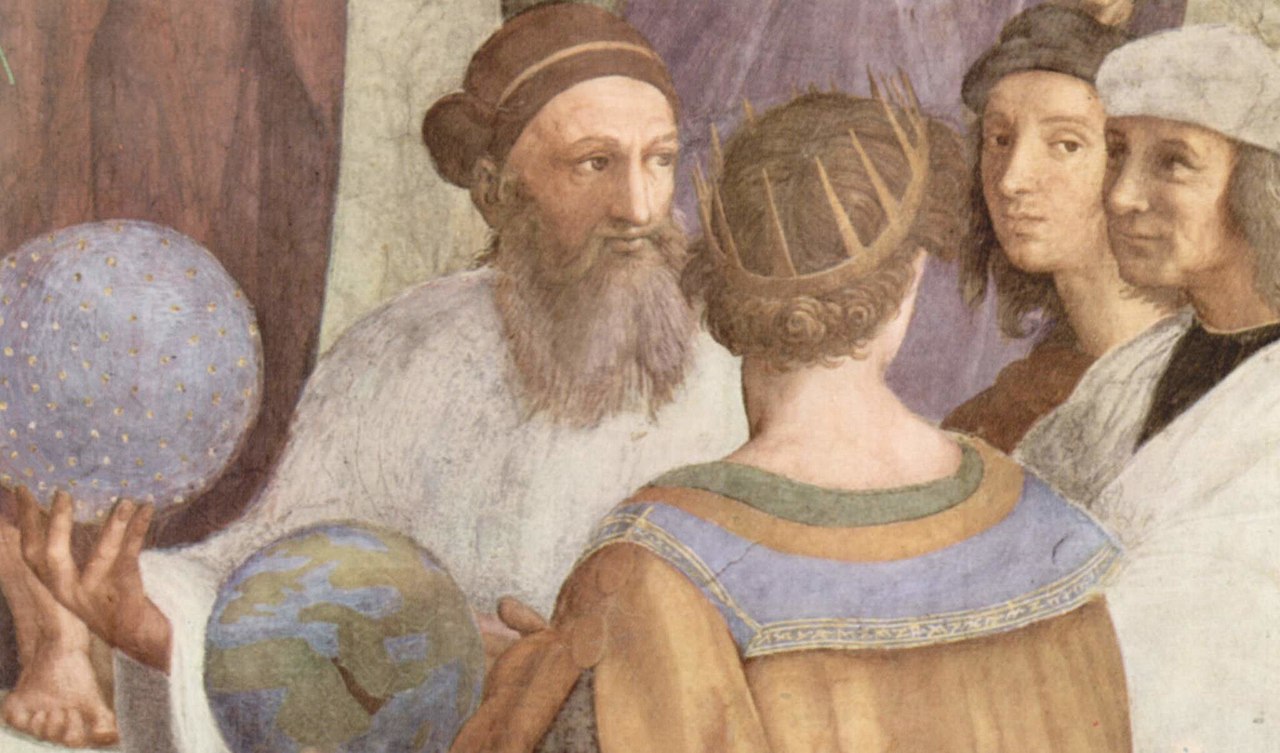 O Fashioner of the World! O Creator of the waters and plants!
Grant Thou to me Thy blessings of Perfection and Immortality!
Zoroaster (Gathas – Vohu-Khshathra Gatha : Yasna 51)

All the felicities of life, which have been,
which are, and which shall be,
Come to us through Thy Divine Grace, O Mazda
Zoroaster (Gathas – Ahunuvaiti Gatha: Yasna 33)

Grant us (a share) of it both this (material) existence and the spiritual one, that (share) of it through which we may come (and be in) Your shelter and that of Truth, for all time.
Zoroaster (Gathas)

Grant unto Zarathushtra, and to us all
Thy gracious help, O Ahura,
Whereby we may overcome the evil of wrong-doers.
Zoroaster (Gathas – Ahunuvaiti Gatha: Yasna 28)

Where and which part of land shall I go to succeed? They keep me away from the family and the tribe. The community that I wish to join does not gratify me, nor do the deceitful tyrants of the lands. How shall I gratify you, O Mazda Ahura?
Zoroaster (Gathas)

To what land shall I turn, and whither turning shall I go?
For my kinsmen and my peers have deserted me.
Not the people, nor their wicked rulers, favor me.
How shall I satisfy Thee, O Ahura Mazda?
Zoroaster (Gathas – Ushtavaiti Gatha: Yasna 46)

The poet of Thy praise, I call myself, O Mazda !
And so shall I remain, O Truth, as long as my
power lasts,
Zoroaster (Gathas – Spenta Mainyu Gatha : Yasna 50)

I beseech Thee, O Mazda, reveal Thy Holy Plan,
Let Truth declare Thy Divine Wisdom,
So that we may ever choose and act aright
And make the truths of Thy Faith widely known.
Zoroaster (Gathas – Spenta Mainyu Gatha : Yasna 49)

In the beginning there were two primal spirits,
Twins spontaneously active,
These are the Good and the Evil, in thought, and in word, and in deed.
Between these two, let the wise choose aright.
Be good, not base!
Zoroaster (Gathas – Ahunuvaiti Gatha: Yasna 30)

This I ask you, O Ahura, tell me truly: Who, by procreation, is the primal father of Truth?
Who created the course of the sun and stars?
Through whom does the moon waxe and wane?
These very things and others I wish to know, O Mazda.
Zoroaster (Gathas)

By Thy perfect Intelligence, O Mazda Thou didst first create us having bodies and spiritual consciences, And by Thy Thought gave our selves the power of thought, word, and deed. Thus leaving us free to choose our faith at our own will.
Zoroaster (Gathas – Ahunuvaiti Gatha: Yasna 31)

Unto Thee, O Lord, the Soul of Creation cried:
“For whom didst Thou create me, and who so fashioned me?
Feuds and fury, violence and the insolence of might have oppressed me;
None have I to protect me save Thee;
Command for me then the blessings of a settled, peaceful life.”
Zoroaster

And thus we two, my soul and the soul of creation,
prayed with hands outstretched to the Lord;
And thus we two urged Mazda with these entreaties:
“Let not destruction overtake the right-living,
Let not the diligent good suffer at the hands of evil.”
Zoroaster (Gathas – Ahunuvaiti Gatha: Yasna 29)

When I conceived of Thee, O Mazda, as the very First and the Last, as the most Adorable One. as the Father of Good Thought, as the Creator of Truth and Right, as the Lord Judge of our actions in life, then I made a place for Thee in my very eyes.
Zoroaster

And through these divine songs, for evermore shall I preserve
Righteousness and Good Mind for the people.
To enable me to apprise all, teach me O Mazda Ahura,
Through Thine own Spirit and Thine own Words,
the principle of creation of the first existence.
Zoroaster (Gathas – Ahunuvaiti Gatha: Yasna 29)

Thus do I announce the Greatest of AIl,
I sing his praise through his Truth, beneficent to all.
Let Mazda Ahura hearken unto them with his Holy Spirit,
For the Good Mind has instructed me to realize Him.
By His Wisdom let Him guide me to the ultimate End.
Zoroaster (Gathas – Ushtavaiti Gatha: Yasna 45)

A righteous government is of all the most to be wished for,
Bearing of blessing and good fortune in the highest.
Guided by the law of Truth, supported by
dedication and zeal,
It blossoms into the Best of Order, a Kingdom of Heaven!
To effect this I shall work now and ever more.
Zoroaster (Gathas – Vohu-Khshathra : Yasna 51)

With Thy divine grace, O Lord.
Make wide the vision of my mind;
Make manifest Thy everlasting attributes;
Make known the blessings of Thy Kingdom of
Heaven, and the joyous recompense of
the Good Mind,
O Holy Armaity, inspire our consciousness with
the Ultimate Truth
Zoroaster (Gathas – Ahunuvaiti Gatha: Yasna 33)

This, indeed is the case, O ye men and women!
No happiness can be yours if the spirit of
Falsehood directs your lives.
Cast off from your selves the bonds that chain you
to Untruth.
Satisfaction linked with dishonor or with harm to
others is a prison for the seeker;
The faithless-evil bring sorrow to others and
destroy their own spiritual lives hereafter.
Zoroaster (Gathas – Vahishto-Ishti Gatha: Yasna 53)

This I ask Thee, tell me truly O Ahura;
In the beginning, who was the father and creator of
Asha, the Truth?
Who determined the paths of the sun and the stars?
Who, but Thee, so arranged the moon to wax and wane?
This, O Mazda, and much more, I fain would know.

This I ask Thee, tell me truly, O Ahura;
Who so balanced the earth and heavens to keep them apart?
Who created the waters and the plants?
Who yoked swiftness to the winds and motion to the clouds?
Who is the Creator of the Good-Mind, O Mazda?

This I ask Thee, tell me truly, O Ahura;
What great artificer created light and darkness?
What artificer produced the phenomena of sleep and
wakeful activity?
Who made the dawn, noon, and night
Which call the enlightened to their duties?
Zoroaster (Gathas – Ushtavaiti Gatha: Yasna 44)